On Feb. 16, Israel’s Ministry of Defense has announced the selection of the Italian M-346 Master as replacement of the aging Air Force’s fleet of A-4 Skyhawks, used as advanced trainers for combat pilots designated for fighter jets.

As pointed out by the Jerusalem Post the deal is much more complex as, in return, Italy will commit to purchase just over $1 billion of military platforms from Israeli defense companies, including those airborne warning and control system (AWACS) G550 Eitam that took part to the 2010 and 2011 edition of the Vega multinational exercise in Decimomannu, in Sardinia.

The selection of the M-346 could jeopardise Israel and South Korea defense deals with Seoul (which offered the T-50 trainer along with a package of reciprocal acquisition) complaining that the A-4 replacement tender was not conducted in compliance with the international standards.

However, the Head of the Instructional Division, Colonel C’, has explained on the IAF on the official website the reason of the choice (highlight mine):

“I flew the Korean plane and it’s a lot like the F-16. In that aspect it has many advantages, seeing as it is easy to get used to the plane and continue from it directly to the F-16. Of course, it is a little smaller and less powerful, but it is similar to the F-16 in its operation.
The Italian plane is a combination. It integrates the F-16, the F-15 and the Eurofighter. It’s a dual-engine aircraft while the Korean plane has one engine, which is an important security aspect, but has less experience than the Korean aircraft which is already serving as an instructional plane.

We weighed each pro and con: in suitability, capabilities, security, instruction and readiness and arrived at the conclusion that in spite of the lack of experience, the Italian plane is preferable. It already looks on to the F-35 and can be compatible with training for it. It prepares us better for the future, and that was also a consideration”.

The M-346, is one of the most advanced trainer aircraft available on the market today with an avionics system modelled on those
used in new-generation fighter aircraft, such as Eurofighter, Gripen, Rafale, F-16, F-18, F-22 and the F-35. 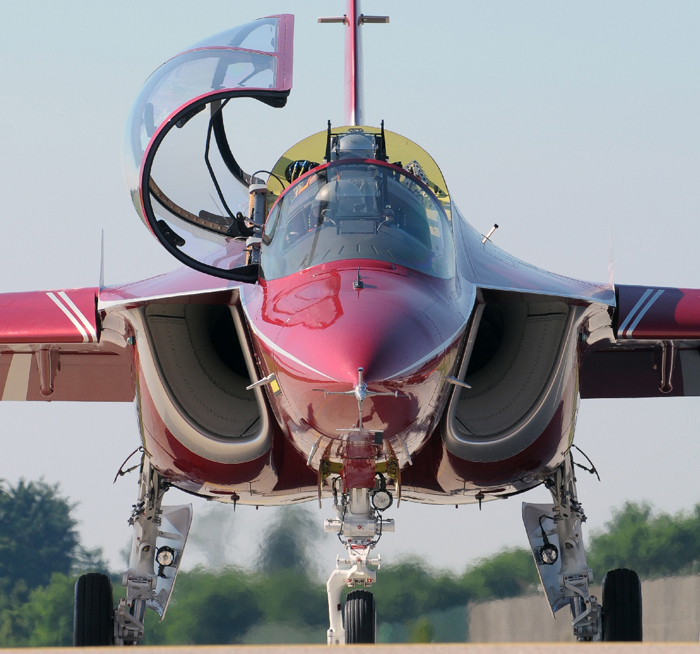 In 2010, 12 M-346s were also purchased by the Republic of Singapore Air Force, once again to replace ageing A-4 Skyhawks.

On Nov. 18, 2011, the Alenia Aermacchi M-346 CP-X615 crashed in Dubai shorthly after take off. The captain and the passenger successfully ejected and were recovered with minor injuries. The aircraft was returning in Italy after attending the local air show.

On Feb. 6 the Italian Air Force has received its second M-346, designed T-346, that flew from Venegono to Pratica di Mare, where the Experimental Flying Wing (RSV – Reparto Sperimentale Volo) will conduct a test campaign prior to its operational deployment. Once the evaluation is complete, the first two T-346As will be taken on charge by the 61° Stormo at Lecce which will also take delivery of the other four aircraft purchased by the ItAF. 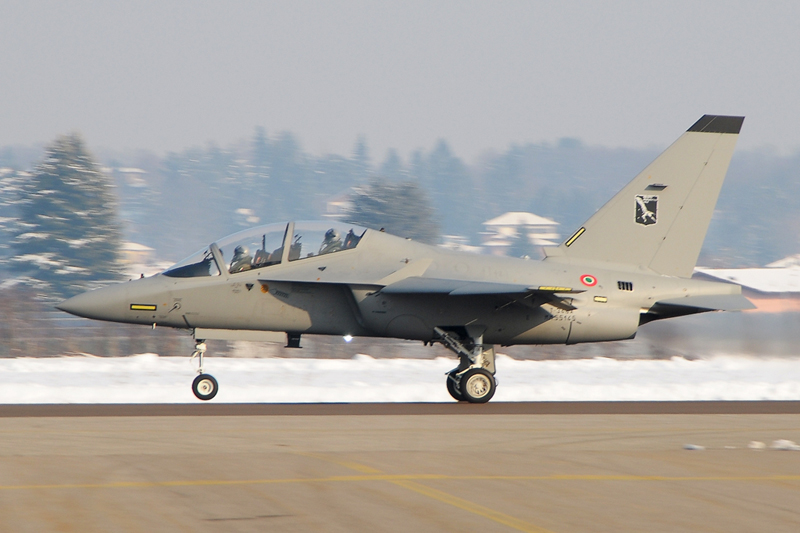 The first Eurofighter Typhoons destined to the Kuwait Air Force have been delivered. These stunning images show them during their delivery flight. On Dec. 14, 2021, the first two out of a total of 28 […]

As happened twice in August, two Italian Air Force F-2000s (this time two F-2000A single seat) belonging to the 4° Stormo visited the German base of Neuburg on Sept. 10. This time the Typhoons involved […]