Several news agencies have been running a news story, that appeared first on the Foreign Policy website, according to which Israel has secured the use of at least one of four former Soviet era airbases in Azerbaijan. Something that was often speculated in the last weeks.

At what first appears an unlikely alliance is anything but. Even Azerbaijan’s President Ilham Aliyev described his country’s relationship with Israel as an iceberg: “Nine-tenths of it below the surface” in a leaked memo by Wikileaks during 2009.

Azerbaijan and Israel signed a $1.6 billion arms deal for drones and missile defense systems as recently as February. Israel is also Azerbaijan’s largest oil customer so once all of this is pieced together the bigger picture starts to become apparent, even if no one really knows the full extent of the military links between the new allies.

Foreign Policy mentions that one former CIA analyst doubted that Israel will actually launch strikes from Azerbaijan describing it as “too chancy” politically and Azeri officials have already denied the possibility that IAF was granted access to local airbases. 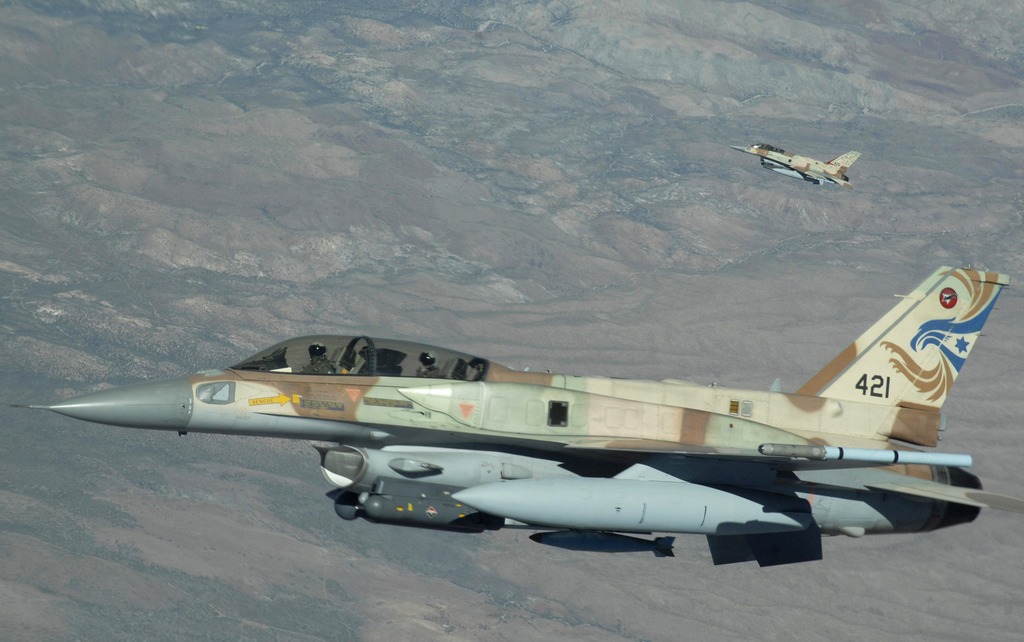 Indeed, the likely scenario is that the strike jets will not launch from the Caucasus but that they could  recover to the airbases in Azerbaijan after the strikes on the nuclear facilities in Iran and could either return home or launch follow up strikes thereafter.

What makes this scenario favoured is also that the main airbases in Azerbaijan are supposed to be closely monitored by Iranian observers and, unless the Israeli plans to use improvised airfields, any deployment of Israeli planes before the attack would be a clear sign of an imminent kick-off of the strike.

On the other hand, having an airbase close to Iran would also the IDF the opportunity to deploy and eventually launch ELINT or SIGINT sorties prior to the strike as well as Combat Search And Rescue (CSAR) missions should the need arise.

A US analyst said that by recovering to the airbase in Azerbaijan Israeli Air Force plane would save about 800 miles worth of fuel and (tanker support) making the whole raid, diplomatic implications aside, more feasible.

The interesting thing is that the Foreign Policy article was also featured in the Israeli News agency website Haaretz who featured an edited version of  the piece.

Haaretz interestingly featured another article which reported that, based on simulations of a strike on Iran, Tehran could kill 200 Americans with one missile, 200 deaths that would be on Israeli hands if Israelstruck in contravention of American declarations and warnings.

The conclusion of the article is that the strike has been put back to at least spring 2013 thanks in part to President Obama and Secretary of Defense Leon Panetta, who said “given the Iron Dome system’s success in intercepting 80 percent of the rockets fired from Gaza this month, the Defense Department intends to request an appropriate level of funding to support such acquisitions, based on Israeli requirements and production capacity.”

Defense minister Ehud Barak publicly thanked the Obama administration and in doing so abandoned the pretention to act without permission before US presidential elections in November.

So, although the use of the airbase in Azerbaijan doesn’t make an attack more likely, it does however make a strike more possible for Israel.

London Olympics security: Major Exercise takes place in the skies of the UK

On Jan. 18 reports started filtering in from local newspapers in Lincolnshire and Cambridgeshire, UK, of aircraft flying in circles over their locations and urged visitors to their website to comment on what this could […]

Do you remember the Yasir drone, a modified copy of the Boeing ScanEagle (captured by the Iranians in 2012) that was unveiled on Sept. 28? It was filmed today, Nov. 9, over Damascus suburb Hujaira […]