Even if it is not easy to identify the Azeri airbases the Israeli Air Force would use in case of attack on Iran I thought that it might be interesting to select the one that I would pick if I had to plan a complex strike operation.

I consider quite unlikely the possibility that the IAF will use one of the available airfields in Azerbaijan to launch the first strike for the political/diplomatic consequences as well as the risk that any weird activity spotted there would be a clear sign of an imminent strike. Furthermore, the first strike will involve the largest packages and the creation of a sort-of forward operating base from where first attack sorties could be launched would require a prior air bridge, much support personnel, weapons: something difficult, still not impossible, to hide.

Hence, I will select an airport that could be an used as an intermediate stopover on the return leg from the raid and to launch another strike thereafter; let’s consider it as divert field the Israeli fighters could use for refueling or to get technical assistance. In this case, they would not need much things over there: fuel, support personnel and some technical equipment needed to perform maintenance activities on the planes experiencing (minor) failures.

The same airport could be used to host KC-130s for aerial refueling, as well as Combat SAR assets, even though I would base the latter elsewhere, not far from the border and on an improvised airfield (no need for runway, aprons, taxiways, and so on).

I’ve checked all airports in Azerbaijan using Google Earth. Provided the Israeli were given the clearance to use the Azeri airspace and airports, any runway long enough, could be suitable in case of failure with the airbases equipped with arresting cables and safelands obviously preferred. 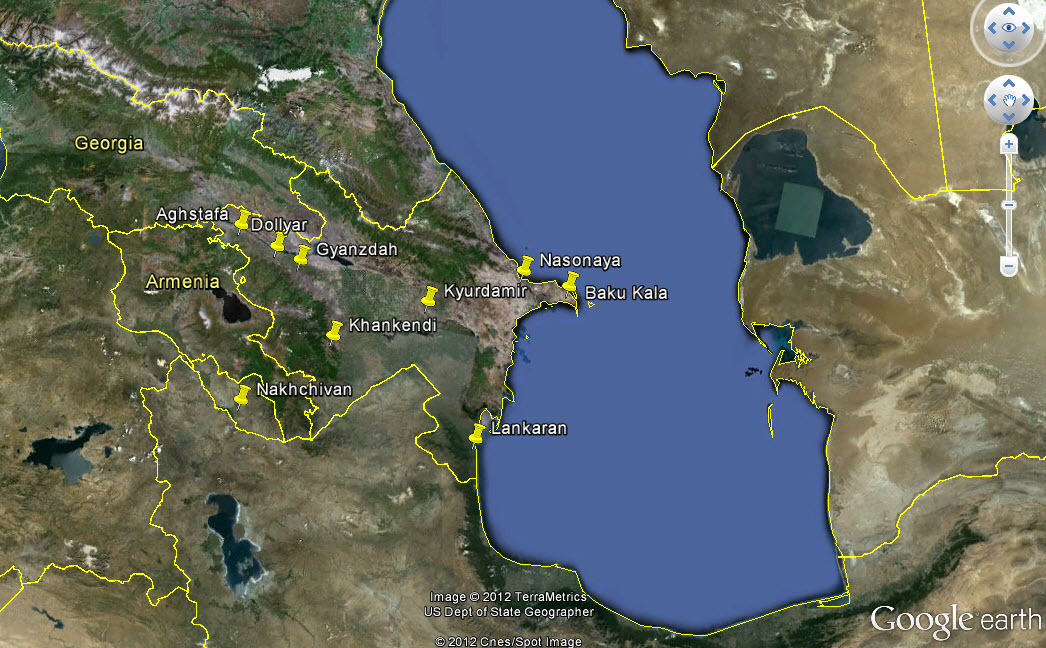 Many reports have pointed to Baku Kala, near the capital, on the Caspian Sea, 330 miles from Tehran. The base hosts Azeri combat choppers and transport aircraft. Bringing cargo planes over there in anticipation of an air strike would disclose the imminent attack. Unlikely. 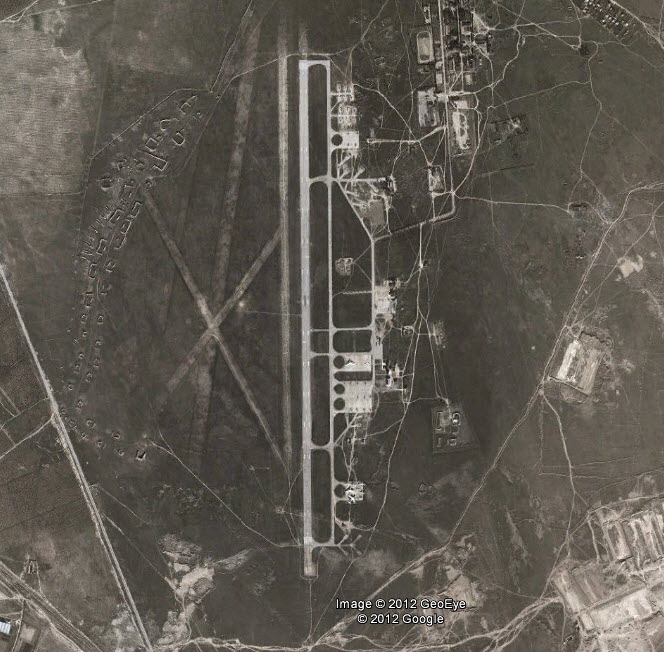 Lankaran, in the South, 34 km from the Iranian border, would be the “most obvious” airbase and for this reason any activity on the small runway would be immediately noticed. Unlikely.

Khankendi in the southwest part looks like abandoned. It is located far from any large town under the control of the de facto control of the Nagorno-Karabakh Republic, has a few aprons and a taxiway (seemingly in very bad conditions) and a runway about 2,000 mt in length. It was due to be opened to commercial traffic but the opening date of the airport was postponed. Provided the security of the air operations could be ensured in the disputed area (de jure recongnized as part of Azerbaijan) this is one of the airfields I’d consider for a special operations/CSAR force also because of the limited implications for Baku.

Another similar airport (with grass runway) is Tanrykulular in the north part of the country (a bit too far from Iran). 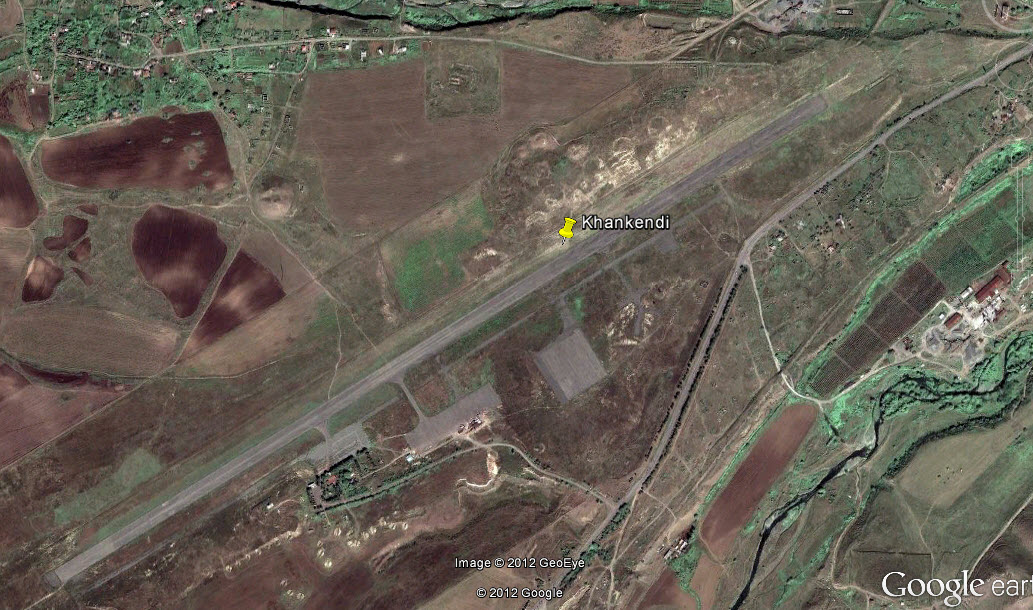 Dollyar airbase is among those I consider suitable, the farthest from Tehran (465 miles). However it is a functional airbase, with empty shelters (some of which destroyed…), taxiways, aprons. A lonely Mig-25 can be spotted using Google Earth. Although a bit distant from Iran, it is also quite isolated. The presence of a Mig makes it an active airbase where movements of planes would not be too suspicious. I think this is one of the likely “places”. 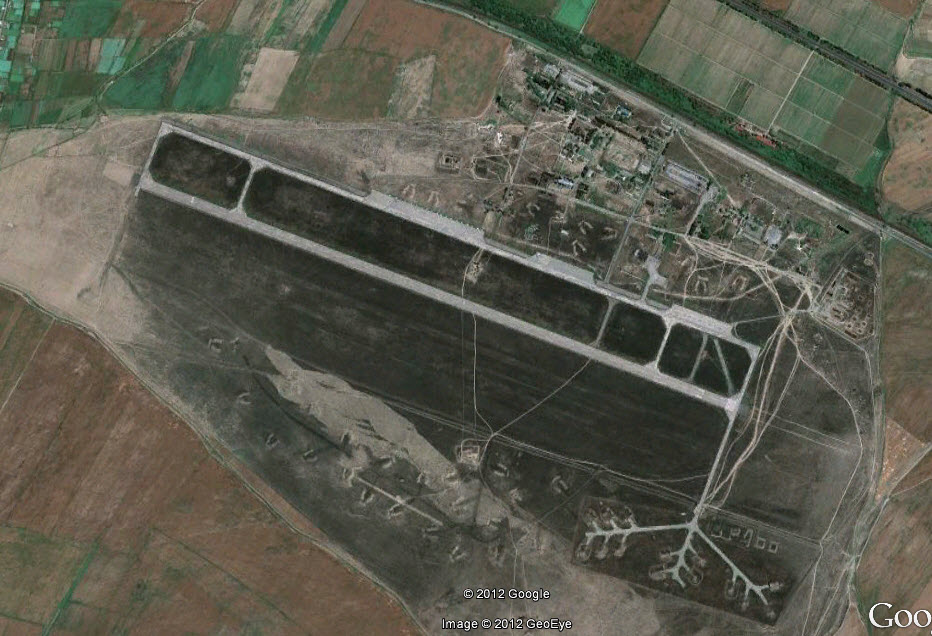 Aghstafa has just a runway (in poor conditions), it’s far from Iran and relatively next to a village (and to the border with Georgia): I think this airport can be removed from the “list” of suitable airfields.

Gyanzdah seems to have the proper infrastructures but it is reported to be also a civilian airport opened to the general air traffic. Indeed the main apron has a mini-terminal: the arrival of foreign military cargos would not be unnoticed. I think it’s quite unlikely it would be considered as a suitable airfield.

Kyurdamir is an active (relatively small) military airport hosting some Su-25s, L-39s and a Su-24 Fencer. There’s no much space to accomodate many aircraft but a small contingent could operate from there with all the required base infrastructures already in place. The involvement of this base would be seen as an actual involvement of the Azeri air force in the war on Iran and that’s why I consider it possible but a bit unlikely. 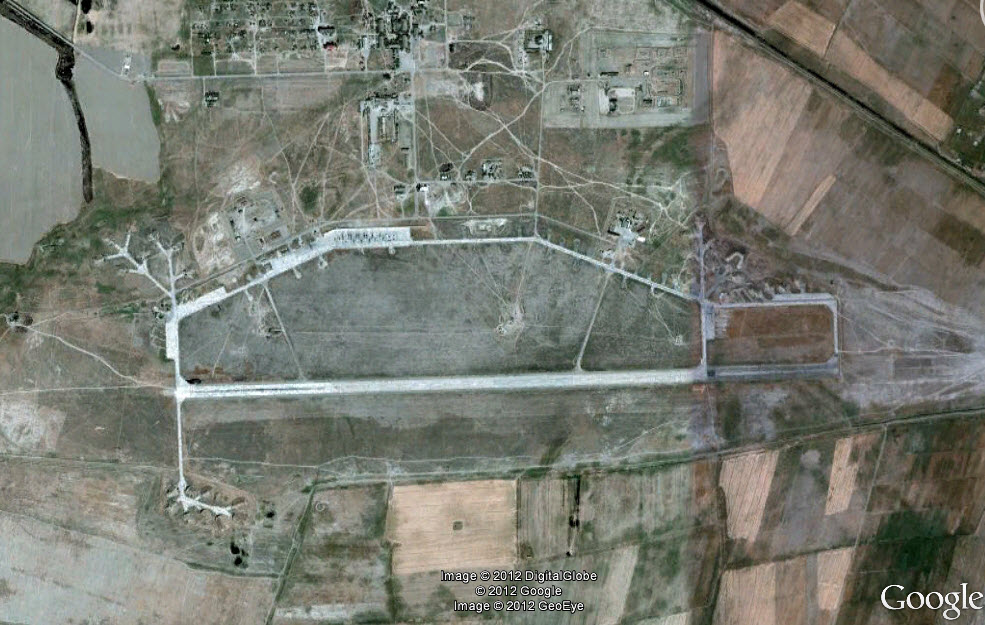 Nasonaya is a military airport located northwest of Baku on the Caspian Sea. It hosts Mig-25s, Mig-29 and some combat helicopters. It’s a suitable airbase that according to the Google Earth imagery hosted also an unknown C-130 on Jul. 5, 2011. It could be used to accomodate Israeli fighters but, considered the implications of such support, as said for Kyurdamir, I consider it an airfield that could be theoretically used by the IAF, even if it’s still unlikely. 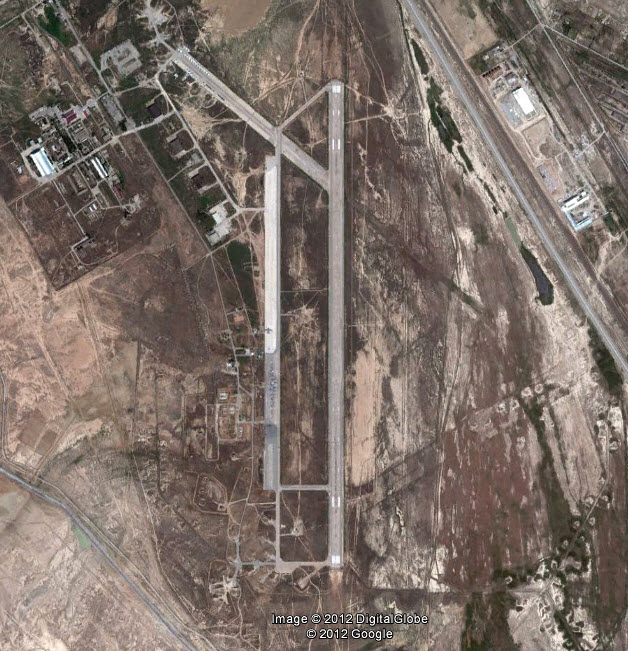 Located in the Nakhchivan Autonomous Republic, a landlocked exclave of Azerbaijan, Nakhchivan airport is a civil/military airport that could theoretically be used by the IAF. However, it is only about 10 km from the Iranian border and it would not be the best place to conduct (limited) war operations.

Summing up, according to this simple analysis based on details and information that can be deduced by Google Earth imagery, I think that Dollyar is the one that seems to best fit the Israeli (and Azeri…) requirements of the operation, with Kyurdamir and Nasonaya following with fewer probabilities to be involved. As said, any airport would be possibly be involved as divert field in case of emergency if Azerbaijan granted the permission to use its airspace to the IAF.

Loitering munitions are becoming increasingly common in modern conflicts, providing benefits over classic munitions but also some ethical questions. Modern conflicts are continuously evolving, and so are the technologies employed on the battlefield. One of […]