Those published in this post were taken in the last few days at Chengdu airport and uploaded on one of the most interesting  Chinese military forums.

It looks like a new prototype (fourth, based on the 2004 code of an image someone thinks may have been photoshopped…) could soon fly along the first one, coded 2001, that has been involved in the testing activities since Jan. 11, 2011.

Hard to say whether it is a fake or not. However, what can be said is that, unless it was given a new color scheme and markings, a new J-20 may really be ready for flight.

Image below shows a partially hidden plane (above), whose star on the tail appears on a slightly different position (a bit higher) than that seen on the prototype coded 2001 seen so far (below). 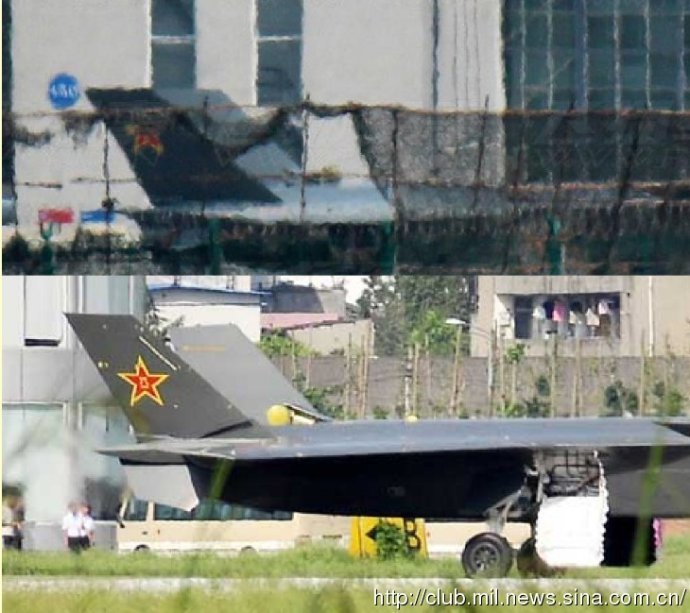 The following picture shows the new prototype from another perspective. The code can’t be seen though.