As reported in a previous post, Israel has selected the Alenia Aermacchi M-346 as the advaced trainer for combat pilots designated for front line fighter jets.

Since the Italian plane will replace the aging Israeli Air Force A-4s, based on the camouflage color scheme used on the Skyhawk, Al Clark has drawn a digital mock-up of how the M346 in Heyl Ha’ Havir colors could look like. 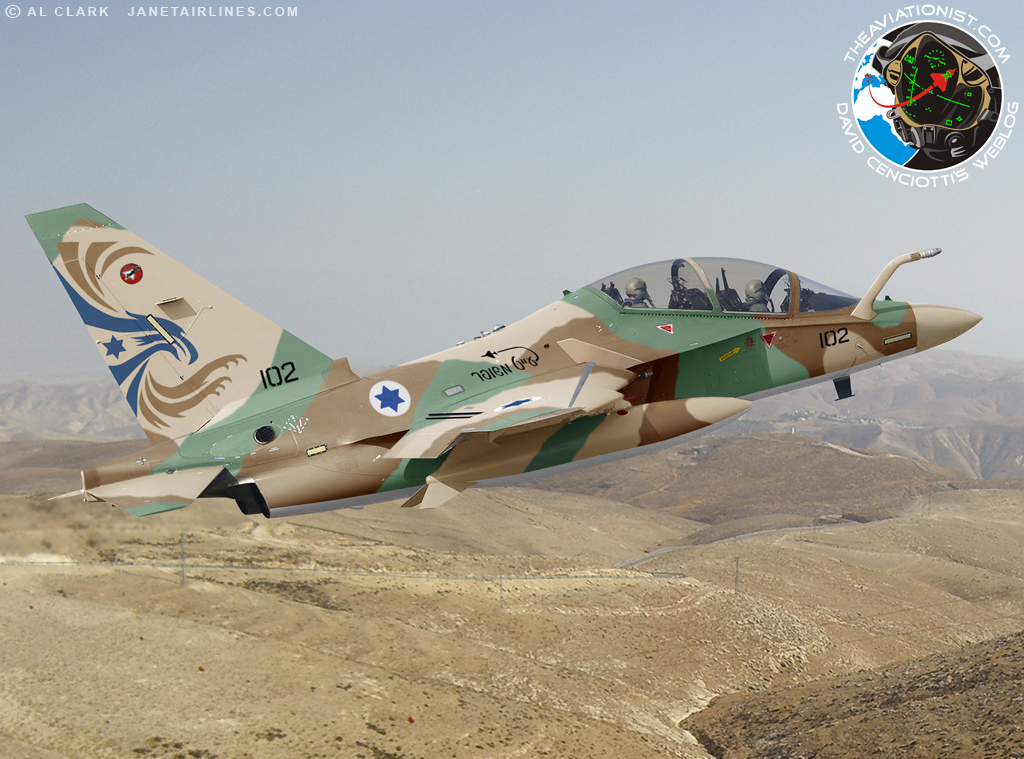