Taken on Jun. 14, the following image shows the F-35B Joint Strike Fighter test aircraft BF-2, piloted by Cmdr. Eric Buus, flying inverted (most probably doing an aileron roll) with an asymmetric weapons load made of an AIM-9X Sidewinder inert missile on the starboard pylon, a centerline 25 mm gun pod, and a GBU-32 and AIM-120 in the (closed) starboard weapon bay.

While weapons separation testing is scheduled for this summer, weapons testing for both the STOVL (Short Take Off Vertical Landing) and Carrier Variant versions are in progress. 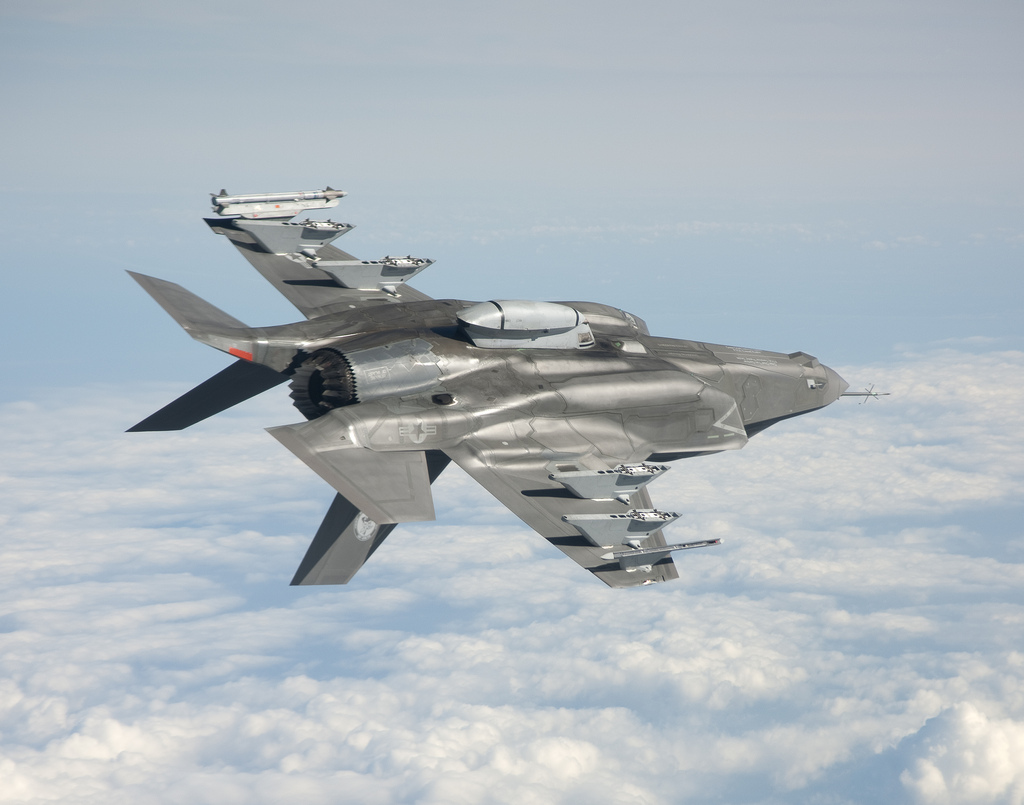 Almost one year ago today (on Jan. 20, 2012), citing the progress the F-35B STOVL (Short take off vertical landing) variant made in 2011, Secretary of Defense Leon Panetta rescinded probation for the F-35B, about one […]

Do you remember the F-35A spin recovery chute? It turns out it helped the JSF achieve High AOA and be a better dogfighter

This device was particularly important to develop one of the most important capabilities of the F-35. As explained by Major Morten “Dolby” Hanche, a Royal Norwegian Air Force test pilots with 100 hours in the F-35, […]