Even if nothing has been decided yet, it looks like the F-35 could still be able to attend Farnborough International Airshow in the UK.

As the fleet remains grounded by a flight ban announced on Jul. 3 following the Jun. 23 engine fire experienced by an F-35A CTOL (Conventional Take Off and Landing) at Eglin Air Force Base, Florida, it may be possible that some F-35B STOVL (Short Take Off Vertical Landing) aircraft can be allowed to attend the two most important season’s airshows in the UK.

As many as four F-35s (three from the U.S. Marine Corps and a British one) were scheduled to take part in Royal International Air Show (RIAT) and Farnborough Airshow (FIA) near London. But, whereas it seems at least unlikely the aircraft can make it to RAF Fairford for RIAT, there could be some chances the aircraft could eventually attend FIA 2014, a major showcase which attracts aerospace companies and potential customers from all around the world. 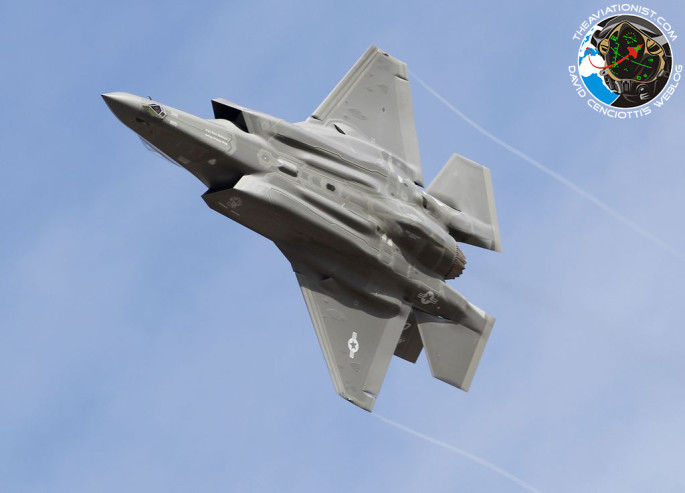 Indeed, while investigation into the cause of the engine fire continues and the rest of the U.S. Air Force, Navy and Royal Air Force F-35s remain grounded, according to DefenseNews, the Marines may decide to allow their F-35B jets to cross the Pond, making happy aviation enthusiasts and…Lockheed Martin, facing the umpteenth issue with the troubled fifth generation aircraft.

“As part of that, there is the possibility NAVAIR would allow for return to flight before the Air Force or the UK did depending how they analyze and accept that data and manage risk,” Kyra Hawn, a spokeswoman for the F-35 joint program office, told to DefenseNews’s Aaron Mehta.

Therefore, even if U.S. Air Force and UK will not lift the flight ban in time for the airshows, the U.S. Marine Corps may decide it is ok for them to fly the jump jet aircraft overseas.

As said, nothing has been decided yet. Considering that RIAT opens this weekend, the participation to FIA appears at least a bit more likely. But, who’s going to accept the risk to allow the aircraft to fly in spite of a fleet-wide grounding and investigation underway?

Can you imagine the impact of an incident on the reputation of the much debated aircraft?

Ultra cool video filmed inside the Lightning II cockpit during the National Salute to America’s Heroes Airshow. After teasing it with some short clips published in the last few weeks, the F-35 Demo Team has […]