A German Eurofighter Typhoon has already been painted with special World Cup 2014 markings.

The images in this post were taken by photographer Gian Luca Onnis, at Decimomannu airbase, on Jul. 14, the day after Germany beat Argentine on FIFA World Cup 2014 final.

To celebrate the fourth World Cup won by the German football team, one the German Air Force Eurofighter Typhoons deployed in Sardinia, was decorated with special tail markings. 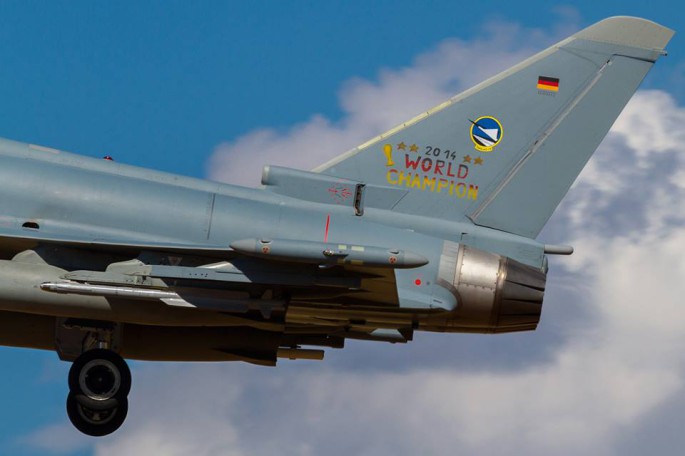 Qatar’s first Typhoon had previously flown in primer colours. Now it sports its final livery. On May 9, 2022, the first Typhoon destined for the Qatar Emiri Air Force flew for a test flight from […]

As the majority of the readers of The Aviationist already know, there are very different opinions as to the outcomes of the dogfights between the U.S. Air Force F-22 Raptors and the German Air Force […]