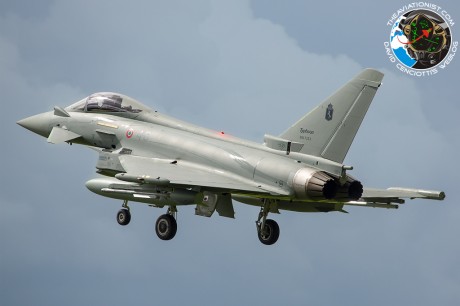 Considered that the 18° Gruppo, from Trapani airbase, was the last squadron to be equipped with the Typhoon, previously flying U.S. F-16s, this is the very first time that F-2000s (that’s the designation used by the Aeronautica Militare) belonging to three different Wings are simultaneously deployed to “Deci” for joint ACMI (Air Combat Maneuvering Installation) drills.

It’s also safe to believe that some Instructor Pilots of the OCU accompanied the front-line fighter pilots in Sardinia, making the deployment the first to feature not only all the Wings but also all ItAF squadrons flying the Typhoon. 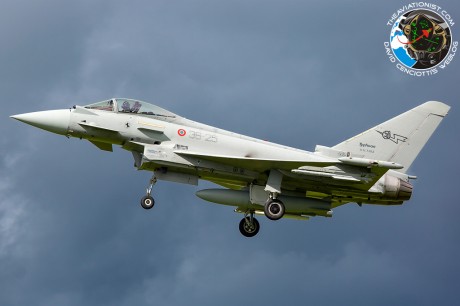 Noteworthy, one of the aircraft involved in the deployment suffered a landing incident on Mar. 1, 2013. 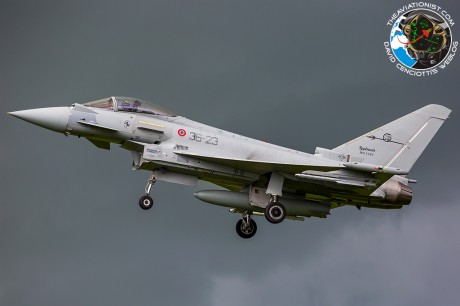 Gian Luca Onnis took the interesting pictures of the Typhoons operating from Decimomannu airbase that you can find in this post, including that of a 18° Gruppo F-2000A with the traditional checkered tail. 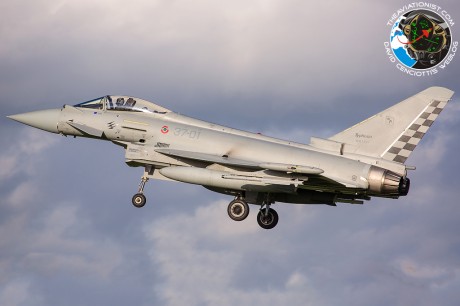