Towed decoy systems are used to protect military aircraft from radar-guided missiles. These countermeasures are towed behind the host aircraft protecting it against both surface-to-air and air-to-air missiles. They provide a radiowave reflecting bait that attracts the RF-guided missiles away from the intended target.

Unlike the miniature air launch decoys (MALD) and decoy jammers (MALD Jammers) being tested by the U.S. Air Force for B-52H bombers and F-16 Fighting Falcons to deceive ground radars and anti-aircraft systems, such decoys have a defensive purpose.

According to the information released by Eurofighter, the TRD is attached to the pod using a Fibre Optic link used to send commands to the decoy radio frequency emitter to produce jamming signals required to lure the missile away from the “parent aircraft”.

Even if the Eurofighter website contains several diagrams showing the Typhoon’s towed decoy, no image can be found of the decoy being towed by a plane, except the following ones taken by Gian Luca Onnis (during an unclassified test – image released). 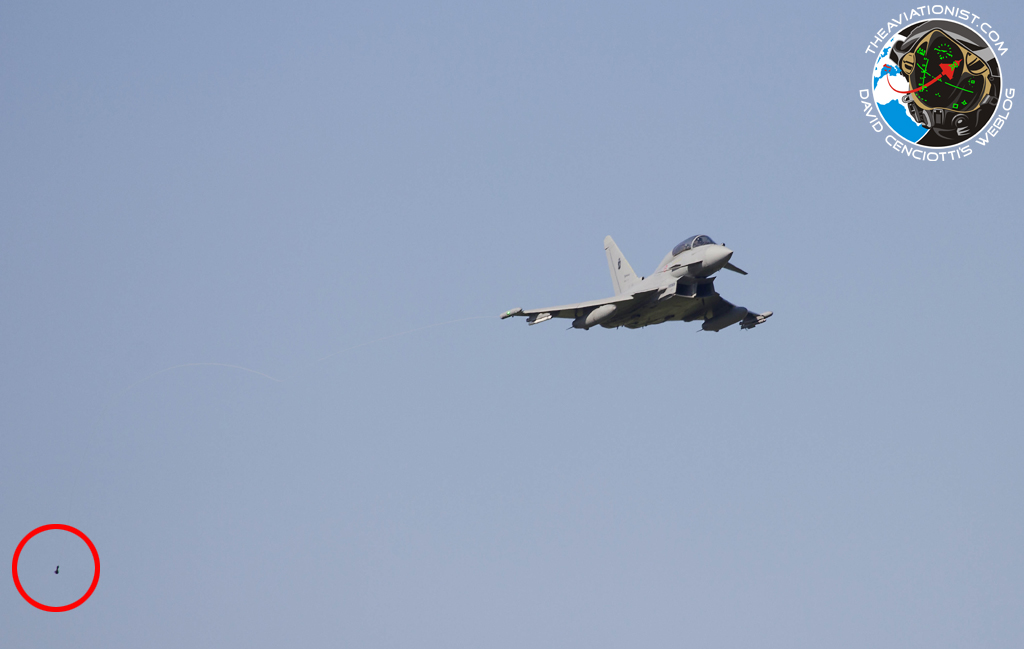 Held on the Sept. 29 – 30 weekend, the yearly Malta International Airshow at Luqa airport, featured once again some interesting attendees. Among the highlights of the 2013 edition, the C-130J-30 Super Hercules of the […]