Since mid June, more than 40 Eurofighter Typhoons belonging to the German, Italian and Austrian Air Force have deployed to Decimomannu airbase, in Italy, to undertake training activities in the large training ranges surrounding Sardinia island. 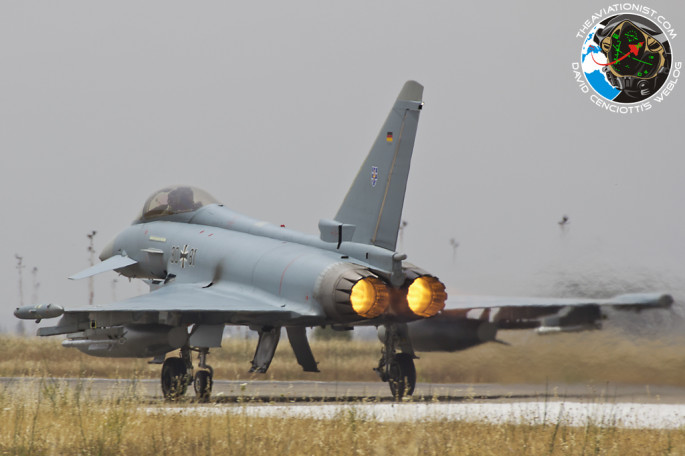 Decimomannu is the home of the AWTI (Air Weapons Training Installation) established 55 years ago by the NATO partnership of Italy, Germany, Great Britain and Canada. The AWTI exploits an ACMI (Air Combat Maneuvering Instrumentation) range where air-to-air missions and DACT (Dissimilar Air Combat Training) are remotely monitored and recorded, and an air-to-ground bombing range at Capo Frasca, where pilots can train dropping both dumb and smart weaponry. 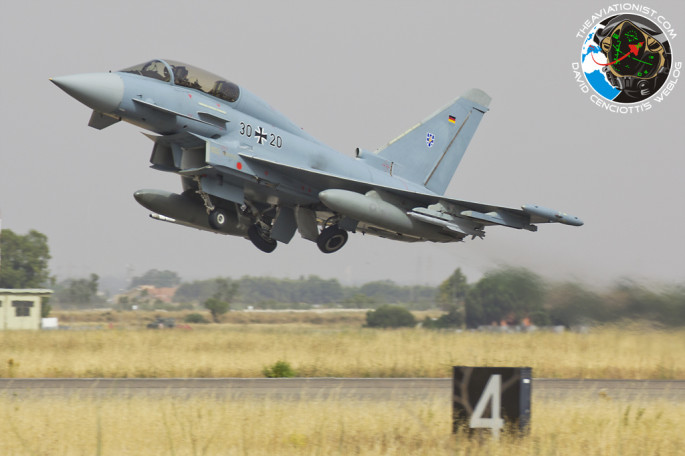 Currently, the base is mainly used by the aircraft belonging to the Italian and German Air Force but it often hosts aircraft of other air forces involved in training campaigns and multinational exercises. 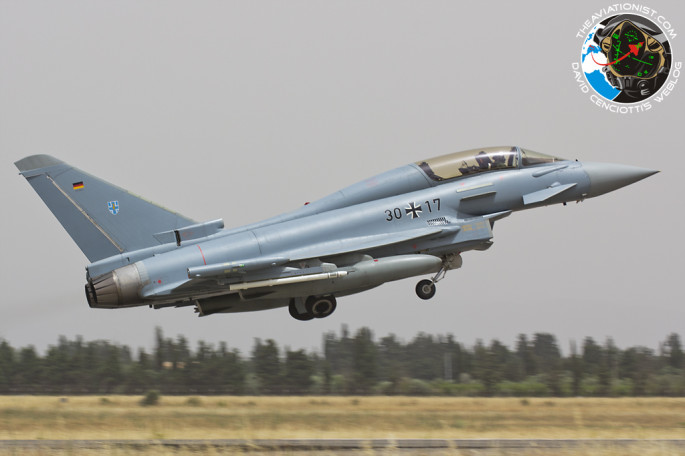 From Jun. 12 to 26 the Luftwaffe deployed 23 Typhoons (including four two-seaters) from Taktisches Luftwaffengeschwader 73 “Steinhoff” from Laage. Some 8 Typhoons are still operating from “Deci.” 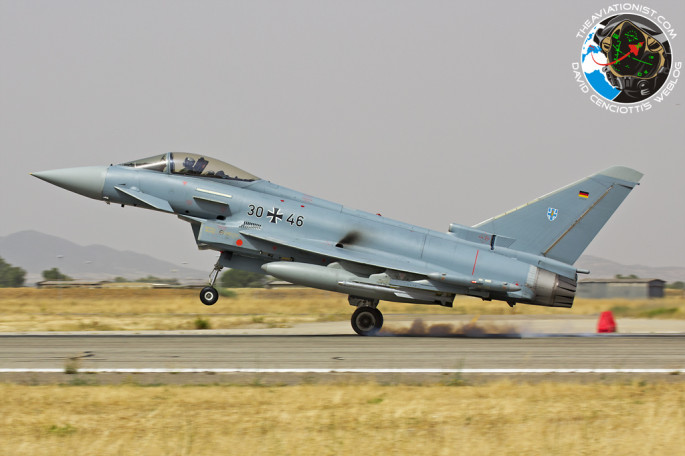 Along with the GAF Typhoons, BAE and GFD deployed two A-4 Skyhawks (N431FS white and N262WL camo) and two Learjets (Learjet 31A and Learjet 35A) to support the firing training of the Eurofighters. 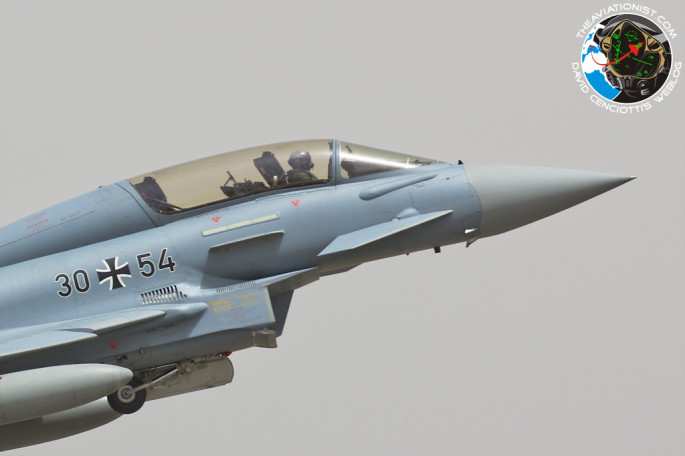 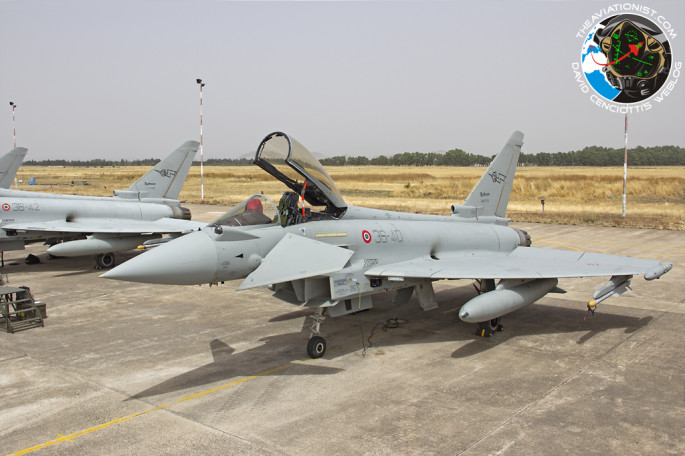 From Jun. 12 to Jul. 3, Italian Air Force has deployed 13 Typhoons belonging to the 4°, 36° and 37° Stormo (Wing) – the units of the Aeronautica Militare equipped with the European fighter jet – to undertake air-to-air combat training.

This was not the first time the Italian Air Force simultaneously deployed all its currently equipped squadrons to Deci: last year the 9° Gruppo (Squadron) and 20° OCU (Operational Conversion Unit) of the 4° Stormo at Grosseto, the 10° and 12° Gruppo of the 36° Stormo at Gioia del Colle and the 18° Gruppo of the 37° Stormo at Trapani took advantage of the ACMI range to improve their skills in the air defense field. 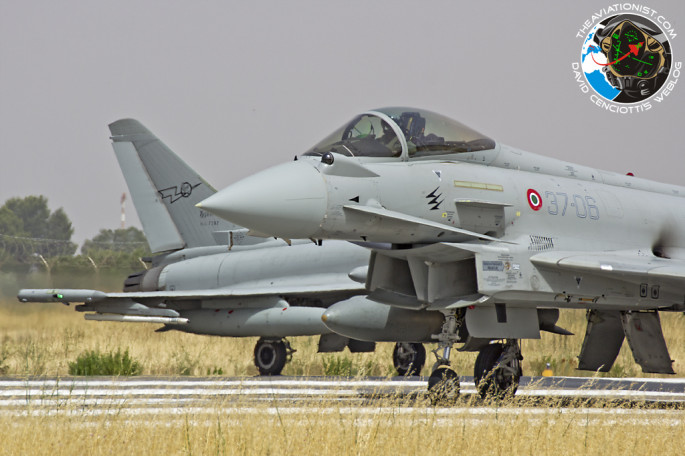 Five Austrian Typhoons are currently based at Deci. The aircraft, belonging to the Austrian Air Surveillance Wing from Zeltweg, have arrived on Jul. 9. 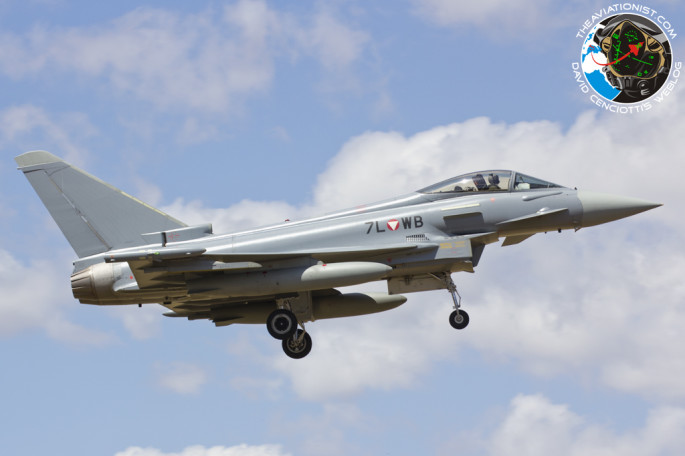 The Aviationist’s contributor Alessandro Caglieri has visited the airbase several times during the last few weeks, taking all the photographs you can find in this post. 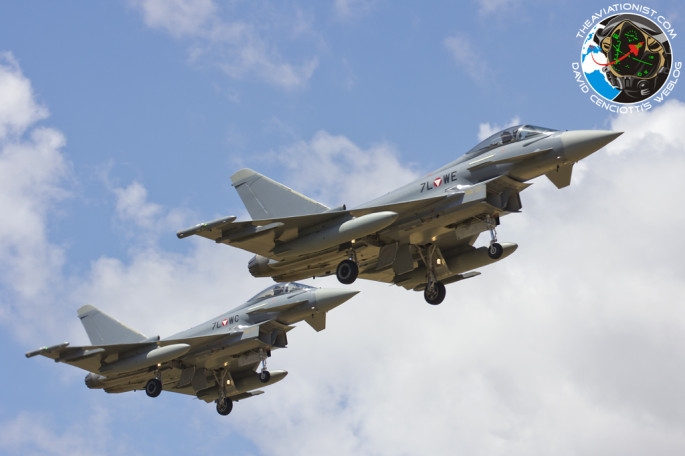 All images by Alessandro Caglieri

The “I-2012”, a DC9-32 of the 31° Stormo of the Aeronautica Militare (Italian Air Force, ItAF), is one of the most famous Italian aircraft. It carried the Italian National football team that won the Spain […]