For two days, beginning on Oct. 21, two Eurofighter Typhoon fighter jets belonging to the Italian Air Force deployed for the first time ever to Graf Ignatievo in Bulgaria.

Belonging to the 4° Stormo (Wing) from Grosseto, the 4.5 Generation aircraft conducted joint training with Soviet-era MiG -29 fighter jets still in service with the Bulgarian Air Force.

The two Typhoons were accompanied by a C -130J Hercules and a total of 35 people including pilots and specialists. 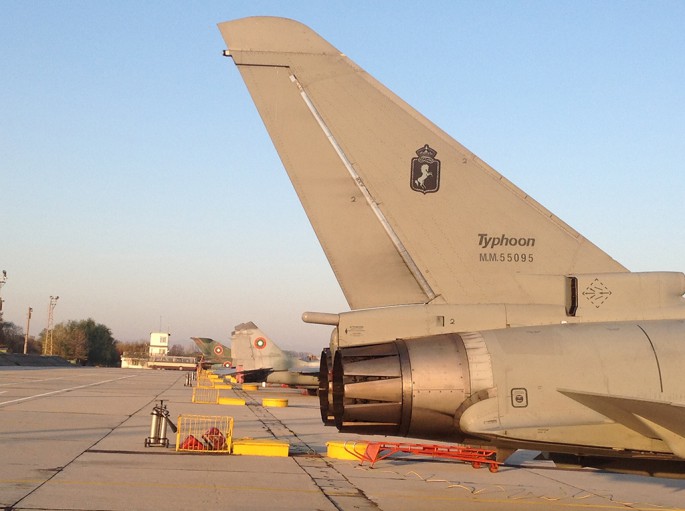 The visit of the Italian Typhoons in Bulgaria had also a “marketing purpose”: following its entry into NATO, Sofia has long been looking for a new fighter jet and Tranche 1 F-2000s of the Italian Air Force could be the most effective solution, especially if compared to (third hand) F-16s or Swedish Gripen C, competitors that have already been deployed to Graf Ignatievo.

According to industry sources, the Italian mission was successful as it demonstrated the aircraft superior operational capabilities as well as its ability to operate from the Bulgarian airabse using ground equipment of Soviet derivation.

Italy is engaged since 2011 in the Eurofighter campaign in Bulgarian Multi Role Fighter (MRF) Program; the initiative is part of a proposed agreement between the governments of Italy and Bulgaria for the supply to the Bulgarian Air Force of nine Eurofighter Tranche 1 with a full package of logistic support and training. 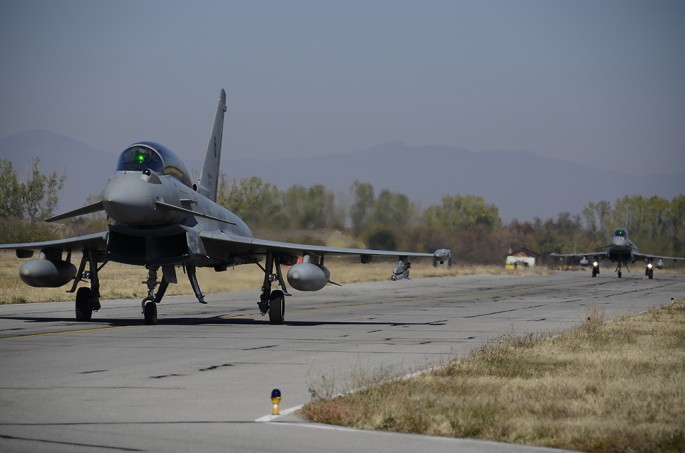 H/T to Nikolay Dimov for providing further details about the deployment.

The latest close encounter between NATO and Russian planes over the Baltic Sea was  different. Early morning on Mar. 24, NATO and Swedish QRA (Quick Reaction Alert) interceptors were scrambled  to identify and shadow a […]