Ahead of the Tiger Meet later this month, Bavarian Tigers have unveiled the very first Eurofighter Typhoon in complete Tiger livery.

Bavarian Tigers, founded on Mar. 18, 2013, by the 741 and 742 squadrons of the German Air Force’s Jagdgeschwader 74 in Neuburg, that took over the Tiger Spirit from the 321 Squadron / Jagdbombergeschwader 32, will take part to this year’s NTM (with spotters days on Jun. 19 and 23) at Schleswig – Jagel, in northern Germany.

To celebrate the attendance to the NTM2014, the Fighterwing 74 has painted one of its Eurofighters with an awesome, flamboyant tiger outfit. 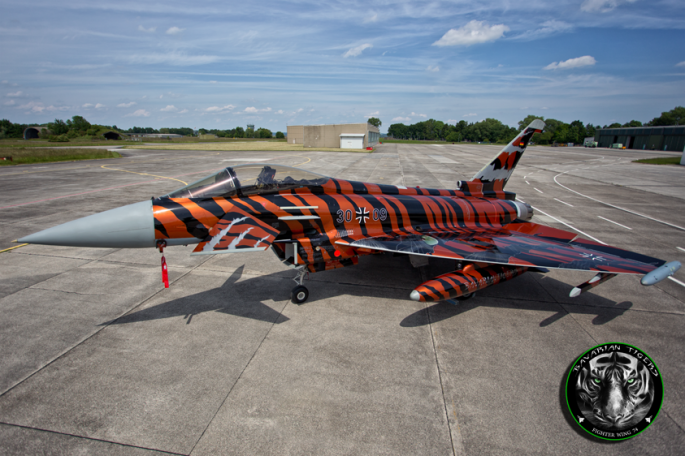 Let’s hope the cool paint job will survive at least for some mission: last year, one of the Polish Air Force F-16 Block 52+ was given a special paint, most of which, unfortunately, peeled away during the ferry flight to Orland, Norway, that hosted the NTM2013.

Olympics air security gets its first test as Typhoon is scrambled from RAF Northolt, in noth-west London

World’s Oldest Air Force Timed Massive Aerial Display to Perfection. It was the first independent air force in the world; the Royal Air Force, the RAF. On Tuesday, July 10, 2018 it celebrated its 100th […]

World Economic Forum 2014, in Davos, from Jan. 22 to 25, was secured by a complex airspace surveillance operation. As happened in the last years, both the Austrian Air Force and the Swiss Air Force […]