CFTs (Conformal Fuel Tanks) have always been one of the features Eurofighter was thinking about since the Typhoon was pitched for the Indian MMRCA (Medium Multi Role Combat Aircraft) and UAE fighter deals.

It looks like BAE Systems has eventually started the testing that will help to accelerate the clearance process by assessing the aerodynamic characteristics of carrying two fuselage mounted conformal fuel tank at the company’s world class high speed wind tunnel facility in the UK.

Actually, a mock up Typhoon was already fitted with CFTs and showcased at several exhibitions and airshows around the world, including Al Ain, earlier this year, where photographer Luigi Sani took the image below. 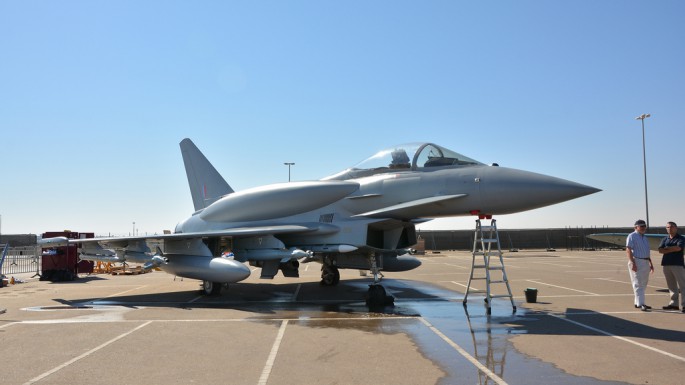 The Typhoon is not only getting the CFTs: testing has also started to integrate air-launched cruise missiles, like the Storm Shadow and the Taurus.

The following pictures, taken few days ago by The Aviationist’s Giovanni Maduli at Decimomannu airbase, Italy, show the German Eurofighter Typhoons of the Jagdgeschwader 73 (Fighter Wing 73) “Steinhoff” during their “summer training camp” in […]