The first Eurofighter Typhoon of the so-called Tranche 3 standard, has started its flight tests at BAE Warton, UK.

Tranche 3 is the latest version of the Typhoon which embedded hundreds of modifications to make the combat plane more attractive to current and potential export customers.

Even if little has changed from an aesthetic point of view, the aircraft has a number of small panels on the fuselage that are there to accomodate the fitting of CFT (Conformal Fuel Tanks).

A new internal structure in the nose secion was designed to accomodate wirings, power, cooling and electronics for the new E-Scan radar.

The first Tranche 3 has been produced for the RAF by the Eurofighter consortium and assembled by BAE Systems.

Under the Tranche 3A contract signed back in 2009, a total of 112 aircraft have been ordered by Germany, Italy, Spain and the UK, with 40 examples for Royal Air Force.

The 400th Eurofighter Typhoon was delivered to the German Air Force during a special ceremony held at Cassidian’s Military Air Systems Center in Manching, Southern Germany, on Dec. 4, 2013. 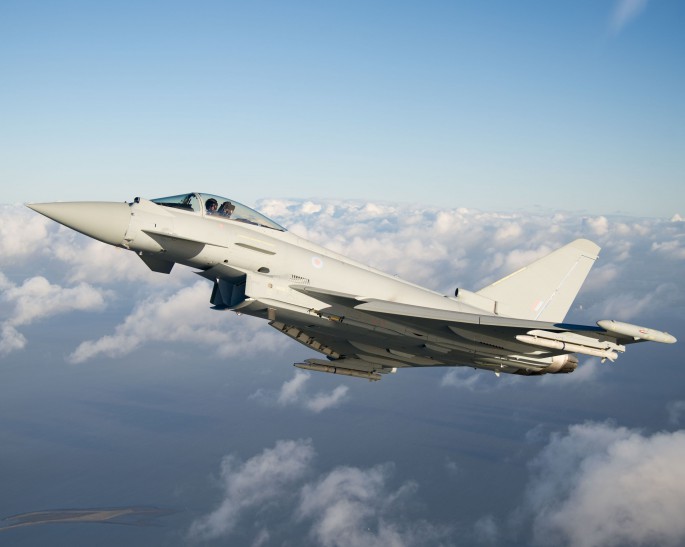