On Dec. 4, during flight trials conducted with support from QineticQ and MBDA at the Aberporth firing range, UK, a Typhoon fired a Meteor BVR (Beyond Visual Range) air to air missile.

The live firing test was part of the Future Enhancements Flight Test Programme which foresees the full integration of the missile with the Typhoon.

The missile motor was fired, in order to gather data that will allow the missile launch envelope to be expanded. 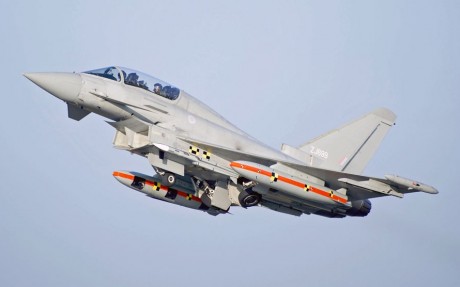 After taking part in the Meteor trials, Typhoon Test Pilot Steve Long said: “By completing these initial Meteor flight trials, Typhoon has taken a significant leap forward in operational capability.  As a fighter pilot, you ultimately want the best possible combination of aircraft and advanced weapons to ensure mission success and to get you home safely. The range and performance of the Meteor weapon goes a long way to achieving this – with confidence.  A potent long range missile, coupled with a highly agile aircraft gives us a very potent and very powerful mix.”

The Costa Concordia cruise ship that ran aground aground on rocks off the Isola del Giglio Island, Italy, has been photographed from almost every angle: on the Internet you can find pictures showing the luxury […]