According to the U.S. Army, “the aircraft maintained an altitude of 200 and 400 feet above ground throughout the flight. During the final obstacle of the field navigation flight, the safe landing area determination algorithm autonomously identified a safe landing spot within a forest clearing and commanded the aircraft to approach and hover at 60 feet. Final hover was accurate within a foot.”

Noteworthy, a risk-minimizing algorithm was used to compute and command a safe trajectory continuously throughout 23 miles of rugged terrain at an average speed of 40 knots with no prior knowledge of the terrain.

In other words, future Army choppers will not only be stealthy as the one that crash landed at Abbottabad during the Osama Bin Laden raid, but will also be unmanned. 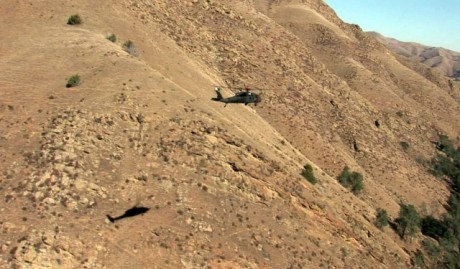