The photographs in this post, taken by The Aviationist contributor Gian Luca Onnis, provide a closer look at the Typhoon configuration, featuring two AIM-9L Sidewinder and AIM-120 AMRAAMs along with the Storm Shadows. 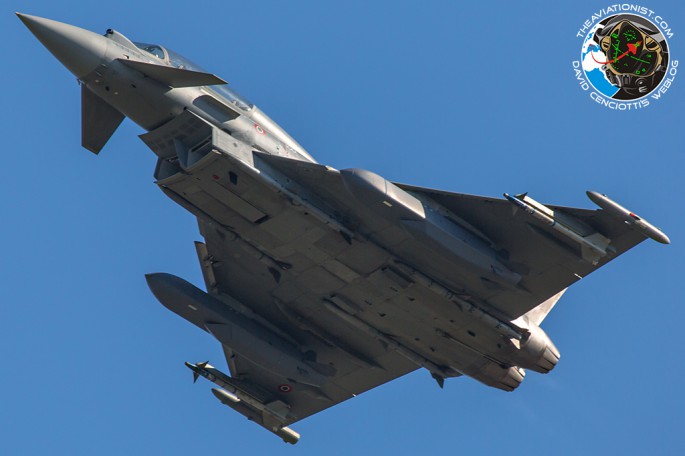 The new coating was already applied to US-built aircraft since 2017, but this seems to be the first time it’s applied to aircraft assembled internationally. As you may already know, six Italian Air Force’s F-35As […]