On Dec. 18, the first Australian F-35A Lightning jet arrived at Luke Air Force Base where it will be used for pilot training beginning in 2015.

The aircraft, known as AU-2, was flown on its 90-minute transit from Lockheed Martin’s plant in Fort Worth, Texas, to Luke by U.S. Air Force Lt. Col. Todd “Torch” LaFortune. It was then assigned to the 56th Fighter Wing, that already operated a fleet of 17 F-35s.

The arrival of AU-2 at Luke AFB marks the first of 10 international partners starting training in the US. The second F-35A for Australia, designated AU-1, is scheduled to arrive at Luke Air Force Base in the next few days.

The RAAF is expected to operate 72 such multi-role planes from two airfields, Williamtown, in New South Wales, and Tindal, in the Northern Territory, along with the current fleet of Australian F/A-18F Super Hornet (some of those are deployed in the UAE to support U.S. led campaign against ISIS) and EA-18G Growler electronic warfare aircraft.

As a side note, Luke AFB is the base where fuel trucks have been given a two layer coating of “solar polyurethane enamel” (whose outer color is white) to prevent fuel stored in the tanks from over-heating with consequent F-35 engine issues. 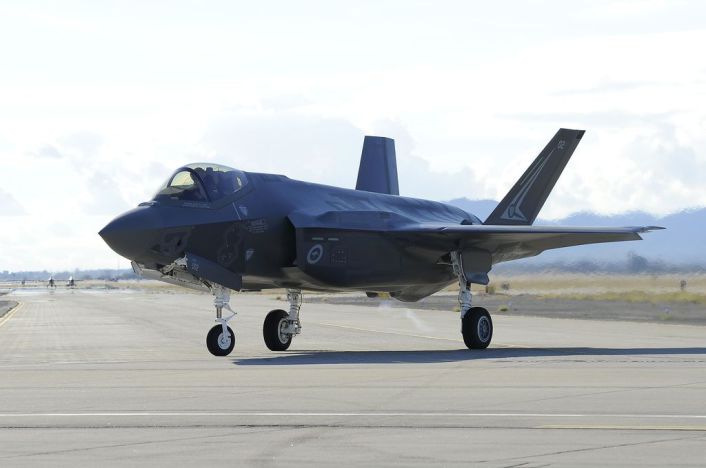