On Oct. 4, 2013, the Royal Australian Navy commemorated the centenary of the first entry of its fleet into Sydney Harbour on 4 October 1913 with an International Fleet Review (IFR), the nation’s most significant commemorative naval event in the past 100 years. 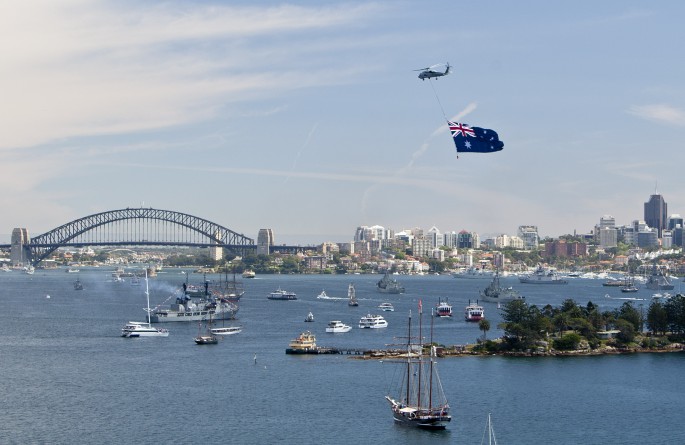 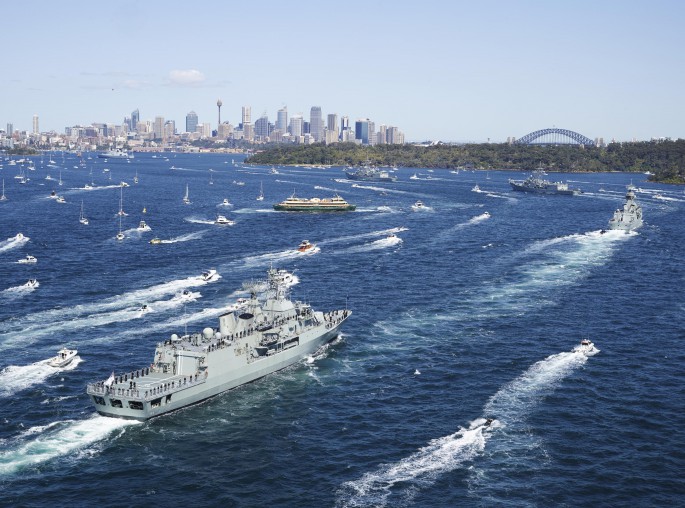 Here below a couple of images of the flypasts.

The first one shows the formation of eight aircraft of the RAAF (including Hornets and Hawks). 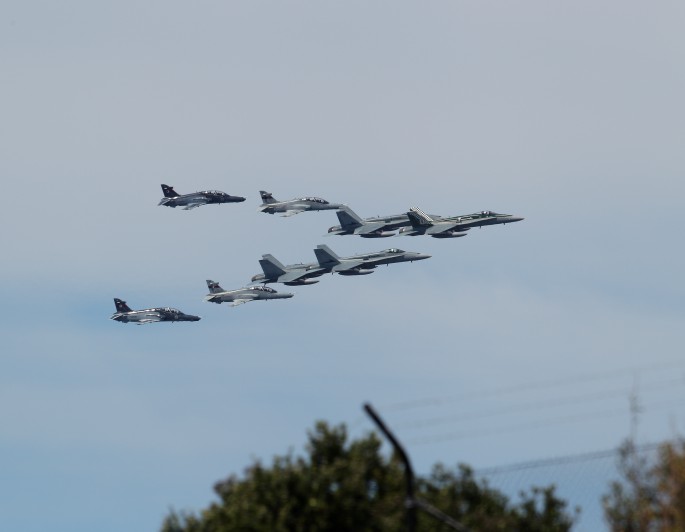 The second shows the massive helicopter formation made of 25 choppers. 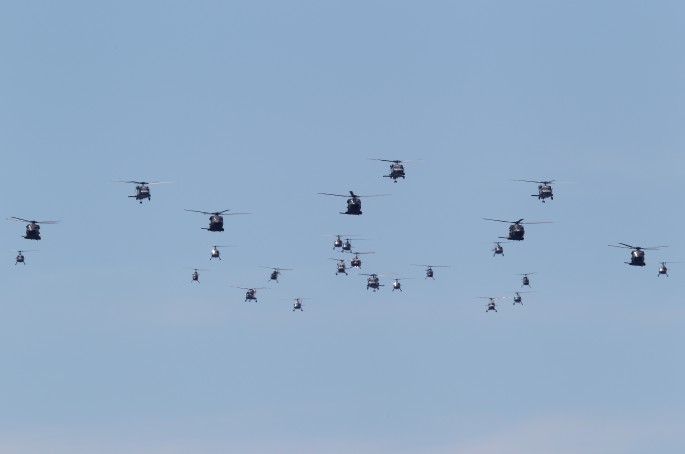 Among the aircraft involved in the flyovers, three AP-3C Orion Maritime Patrol Aircraft from RAAF base Edinburgh’s No. 92 Wing conducted a practice formation over the multi-national Fleet in the Eastern Australian Exercise Area. 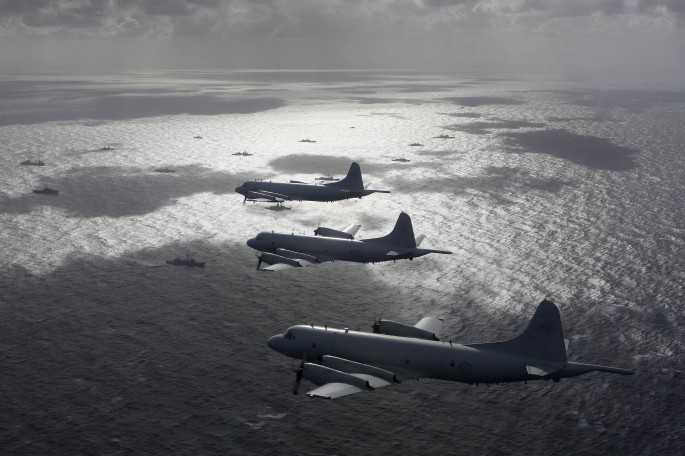 As part of the IFR 2013, a Pyrotechnics Display and Lightshow Spectacular featureing fireworks launched from decks of warships in Sydney Harbour took place on Saturday Oct. 5.

All images credit © Commonwealth of Australia 2013

U.S. strategic bomber and tanker to be (temporarily) based in Australia. The first of a series of "future rotational deployments"

Few days after the Indonesian Sukhoi Su-30s made their first appearance at Royal Australian Air Force Base Darwin for Exercise Pitch Black, the base in Australia’s Northern Territory will soon host another quite unusual visitor. […]

The Royal Australian Air Force F/A-18F veered off runway after the two pilots successfully ejected. A RAAF F/A-18F Super Hornet belonging to No. 1 Squadron was involved in an incident at RAAF Base Amberely, Queensland, […]