Aug. 19 is an important date for the Tomcat community, because on this day in 1981 US Navy F-14s were involved for the first time in an air to air combat.

For better understanding the facts that led to the downing of two Gaddafi’s Su-22 Fitters we have to recall the political situation that increased the tension between USA and Libya.

When in 1974 Colonel Gaddafi declared the waters below 32° 30’ territory of the Libyan Arab Republic, violating the international laws, the U.S. only response was an ignored official protest.

Even when six years later an American reconnaissance aircraft was attacked in the zone, President Carter ordered the Sixth Fleet to stay away from the area.

When Reagan succeeded to Carter, things changed. In fact, he ordered the Navy to conduct the “Freedom of Navigation” (FON) exercises which culminated  in the Open Ocean Missile Exercise (OOMC). Conducted in August 1981 by USS Forrestal (CV-59) and by USS Nimitz (CVN-68), this training had the aim to show Tripoli that America was serious about its right to project its naval power in international waters.

The rules of engagement (ROE) stated that to protect his assets, the on-scene commander could take any necessary action without waiting for a clearance from a higher authority. For fighter pilots this meant “do not fire until fired upon.”

Against the US Navy, Libya could deploy modern and powerful fighters and fighter bombers such as the Soviet-built Su-22 Fitter, MiG-23 Flogger, the Mach 3 interceptor MiG-25 Foxbat and the French-made Mirage F.1 and 5D. 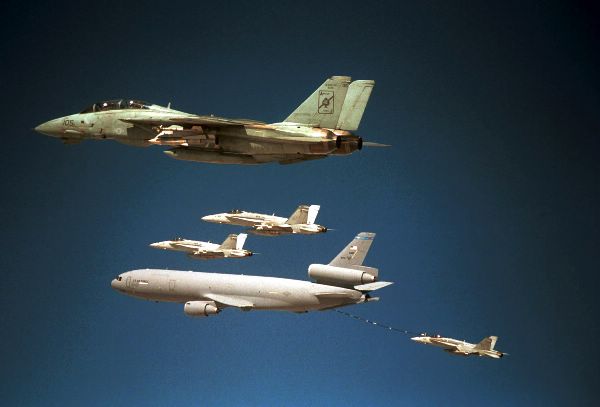 In fact, when the exercise began on Aug. 18, 1981, a flight of MiG-25s immediately approached the carrier groups but were intercepted by VF-74 F-4J Phantoms belonging to the USS Forrestal and by VF-41 and VF-84 F-14s launched from USS Nimitz.

The Libyans  were trying to detect the aircraft carriers, and to find them, they sent no less than 35 pairs of combat aircraft of each type in their fighter inventory. No shots were fired, but there was a lot of aggressive maneuvering between US Navy and Libyan Air Force fighters.

However a higher state of readiness was placed by the Libyan Air Force in the second day of the exercise. 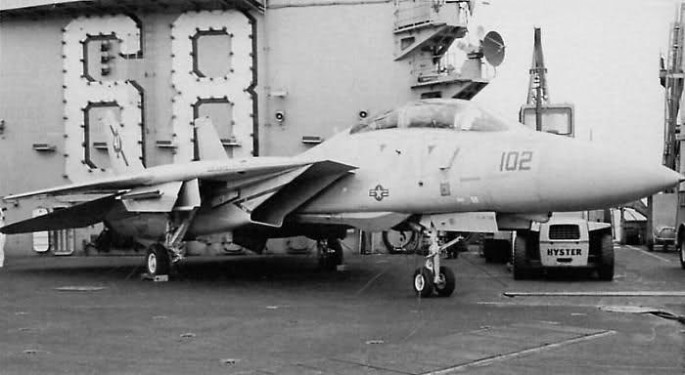 Two years after these facts, Lt. “Music” Muczynski released the account of the dogfight for Bert Kinzey Detail & Scale F-14A & B Tomcat book, so we can read its explanation for better understanding how the engagement was won by the Tomcatters:

“We arrived down there and went into an orbit pattern on CAP station. The day before, this station had only one intercept, so we were not real happy about being sent down there. In fact we were trying to think of ways to get off of that station and go someplace else. What we had determined was that once we got down to what we call our combat fuel load, we would call for relief on station, go back and hit the tanker, and then go to another station”.

After forty-five minutes on station “Music” said that “We turned south one more time, and Dave Venlet, Commander Kleemann’s radar officer, picked up a target coming out of the airfield we were watching in Libya. Shortly thereafter, my radar officer, Jim Anderson, picked up the same target. It immediately became obvious that they were coming towards us, because they were heading right at us and climbed to 20,000 feet which was our altitude. They accelerated up to 540 knots. Commander Kleemann was flying lead, and I was flying wingman on his three o’ clock position, about a mile or two out so it was easy to see him. […] As we closed on the Libyans […] it became obvious that they had  good GCI (Ground Control Intercept), in that every time we would take a cut, they would take a cut to neutralize what we had done.”

At this point it became clear that it was impossible for the two Tomcats to gain an initial advantage on the two Fitters and the F-14s went into zone five afterburner (which was the maximum afterburner thrust setting for TF-30 engine) accelerating up to 500 knots.

As recalled by Muczynski “When Commander Kleemann was 1,000 feet in front of them and about 500 feet above them, he rolled his left wing to pass directly above the section so he could get visual ID on them. At that time, the left side of the lead Libyan aircraft lit up with a big flame as the missile motor ignited. I was on that side, so it was very obvious to me with a tremendous orange flash and smoke trail coming off the plane and going under Commander Kleemann’s plane. It then did sort of a banana up toward my plane, but it was also immediately obvious that neither one of us  was going to get hit by the missile, so it didn’t bother either of us.” 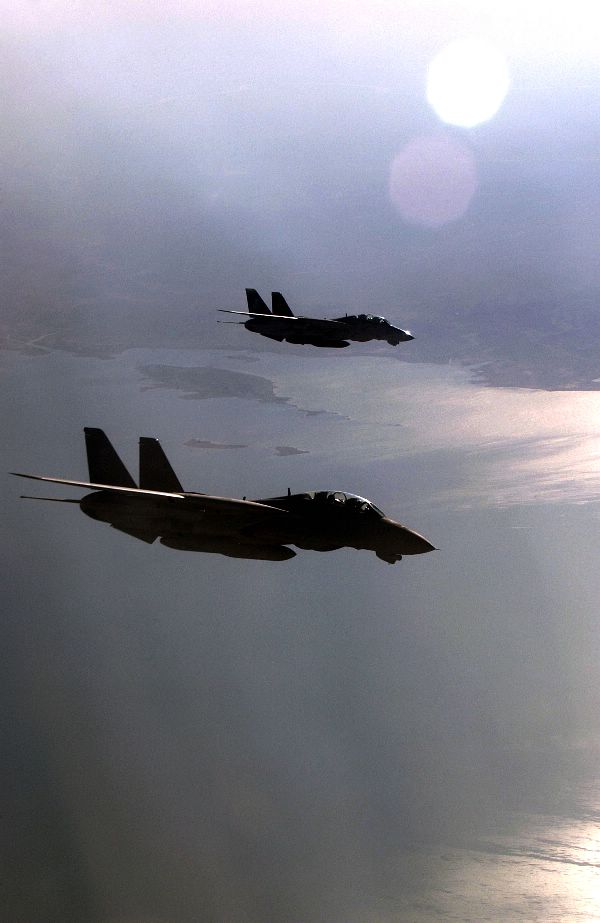 Since the Tomcats had been fired at, both Su-22s were immediately declared hostile by the American crews and the two F-14s could now engage the bandits.

“Music” explained that “Commander Kleemann initially had also gone after the leader, but when he saw me closing on him, he reversed his turn back toward the wingman. […] Commander Kleemann got behind the wingman very quickly, but being early in the morning the sun was low on the horizon. The wingman […] happened to fly across the sun as he was making his hard starboard turn. So Commander Kleemann just waited on his shot for the guy to clear the sun. […] As the wingman cleared the sun, Commander Kleemann was about forty degrees off the guy’s tail, at about three-quarters of a mile. He fired an AIM-9L off of station 1A (left glove pylon, shoulder station). The missile pulled lead, then did a ninety degree reversal and hit the aircraft in the tail. […] The aircraft started to roll, the drag chute deployed and the guy immediately ejected. He got a good chute and started down.”

After the wingman it was now the turn of the lead Fitter to face the other Tomcat, this time driven by “Music” himself who recalled “The leader, whom I had gone after, had completed his climbing turn, and was heading straight away north-northwest. He started a slight right hand reversal, but I had obtained a good firing position behind him. I armed up my AIM-9L, and also fired from station 1A. The Sidewinder went right up the guy’s tailpipe and blew off everything from the wing roots rearward in a tremendous fireball. Since I was only one-half mile at the guy’s dead six , the thing that scared me the most was that I would shoot myself down because of the FOD going down the engines. I did a 6 g pull-up, straight into the vertical, and when I cleared the debris pattern, I rolled inverted. I looked down and could see everything from the wings forward spinning on its way down and the plane on fire. After about two turns , I saw the pilot eject from the aircraft, but we did not see him get a good parachute.”

Muczynski ended his account talking about the training and how much it is important in the modern air combat “One thing I would like to say is that I feel that anybody in my squadron could do the same thing that I did. It was simply me being in the right place at the right time with the right results. I am sure that Dave, the Skipper (Commander Kleeman), and Jim Anderson all feel the same way. We are all trained the same, we all do the same flying, we all fly the same aircraft. […] None are any better than the others, and I think the maintenance in VF-41 is Fantastic.”

The two crews returned safely to the Nimitz, while the Libyans began a search and rescue mission to recover their pilots.

One hour later two Foxbats headed at Mach 1.5  towards the carriers, but as the F-14s were launched to intercept them and lit the MiG-25s with their AN/AWG-9 radars, the Libyan fighters turned away and did not come back.

Anyway, the dogfight between the Tomcats and Fitters marked the first use in combat of the F-14 and it was the first air-to-air combat between swing wings fighters.

And one more thing is remarkable. The time you have spent reading this article exceeds the duration of the dogfight: no more than 45 seconds from when Libyans shot the missile to the downing of the second Fitter.