According to the Libyan Herald, on Dec. 18,  Libyan airforce jets hit a camp possibly used by suspected smugglers located close to the border with Chad and Sudan, not far from Kufra.

The strike took place two days after the National Congress had passed a resolution to declare the temporary closure of the borders with Niger, Chad, Sudan and Algeria would be temporarily closed to improve security in the southern Libya.

The remote south has become a Libyan government’s concern because of illegal traffic, smuggling and mass jail breakouts.

Even if the type of aircraft used to perform the air-to-surface activity in unknown, the Free Libyan Air Force (FLAF) planes most frequently appearing in updatesposted on open Facebook groups/pages are the Mig-21 and Mig-23 bombers.

Noteworthy, a slightly different kind of FLAF roundel seems to have been applied to Libyan planes as the image posted above (taken on a FB page) shows.

Compare the roundel with the one in the photo below on the Mirage F1s returning home after defecting to Malta at the beginning of the uprising.

H/T to Marguerite Dehler for the heads-up 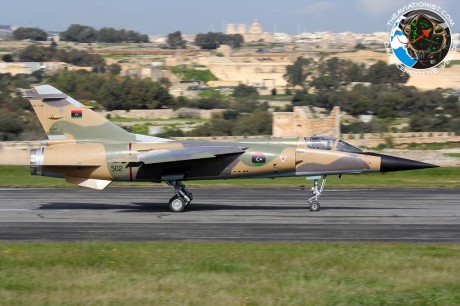 According to the IAF, the MiG-21 pilot who was captured yesterday took out a PAF F-16 before being shot down. Let’s start with a disclaimer: in the last couple of days there have been a […]

You already know by now that the Dassault Rafale has won India’s MMRCA (Medium Multi Role Combat Aircraft) in what has been called the “mother of all tenders”, worth $10 billion for 126 planes. Thanks […]