The following Reuters images, taken on the runway at Tammahint, 15 km (9 miles) from the southern Libyan city of Sabha, on Apr. 3, 2012, are the first ones showing Libyan Mig-21s in Free Libya Air Force markings. 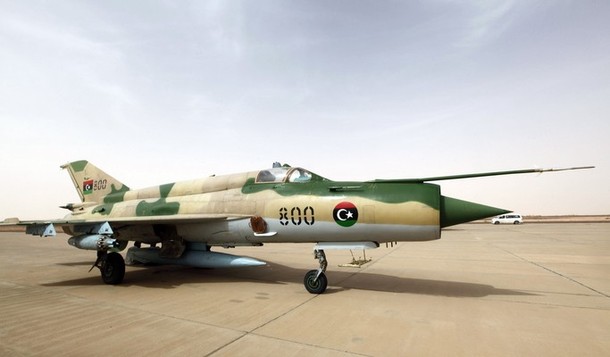 Although it is extremely difficult to determine because of the low quality of the video, what seems to be a Mig-21 was filmed overflying Sabha region on Mar. 29, 2012, during the recent unrest, in what could have been the first action of the new Libyan Air Force (or Free Libya Air Force) since the end of NATO’s Operation Unified Protector on Nov. 1, 2011.

Another video, filmed in June 2011, when the No-Fly Zone was enforced over Libya by NATO and no Libya aircraft was supposed to fly, shows a Mig-21 taxiing for take off from a Libyan airbase.

On a side note: a stored LARAF Mig-25 was photographed on Nov. 1, 2011, at Al Jufrah airbase. I’ve often seen stored/unserviceable aircraft through satellite imagery, this is one of the few available from ground level. 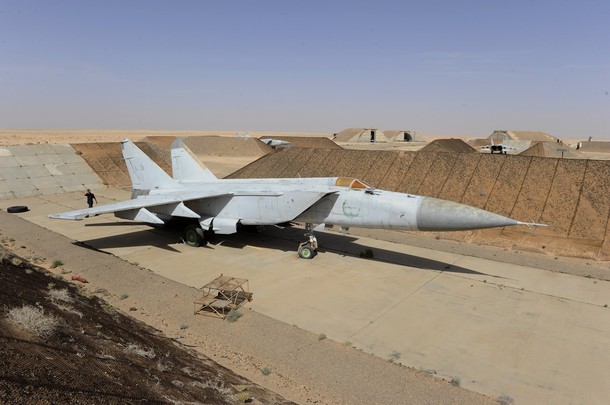