I’ve already refuted conspiracy theories based on the so-called “chemtrails” (short for chemical trails) in a previous post on this blog.

The term “chemtrail” has become quite famous in the last years since there is a lot of people who believe that the characteristic white trails of high flying aircraft are the proof of some kind of secret test performed by some nation to modify the weather (or do other bad things) by releasing chemicals or biological agents in the atmosphere.

However, those white trails are condensation trails or “contrails”, generated by the quick condensation of the water vapour contained in the exhaust of the engines and subsequent crystallization around the solid aerosol particles ejected by the aircraft’s engines.

Therefore all the images you can find by googling “chemtrails” are (obviously) harmless contrails, except few pics released by NASA showing chemical tracers used for experimental purposes.

As those in the following photo provided by NASA. 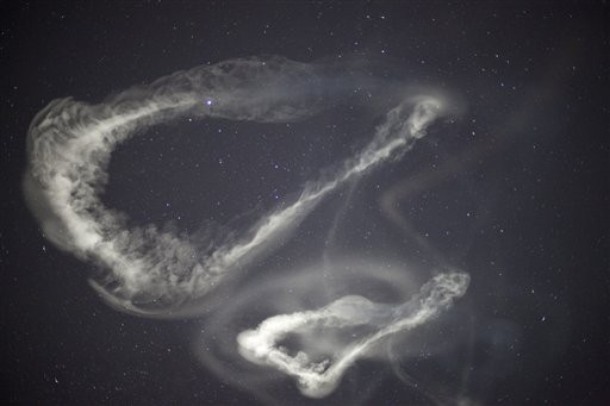 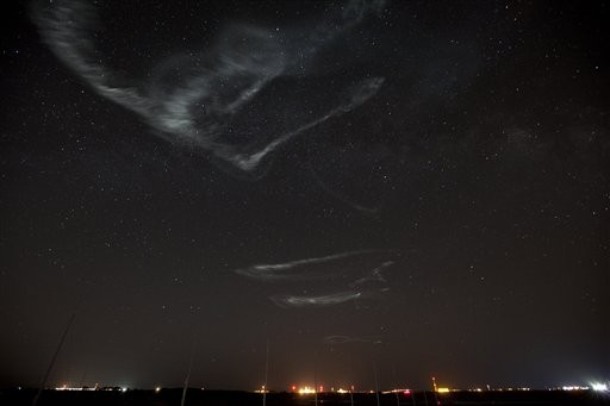 They show chemical tracers that were released from five rockets launched from NASA’s Wallops Island test flight facility in Atlantic, Virginia, in the morning of Mar. 27, 2012, as part of the Anomalous Transport Rocket Experiment (ATREX).

The tracers form white clouds that allowed scientists and the public to visualize upper level jet stream winds, located 60 to 65 miles above the Earth’s surface. 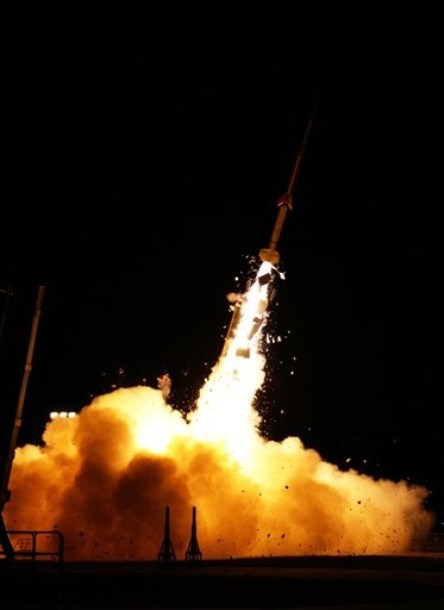 You can clearly see the shockwaves. The image above is fantastic. It depicts a U.S. Air Force Test Pilot School T-38C passing in front of the sun at supersonic speed, generating shockwaves. The photograph was […]