Next time you see a scene like that depicted in the following images please don’t be scared. It’s neither chemtrails, nor missiles, nor meteorites or something like that.

Most probably, it’s just a flight of combat planes trailing a tanker during a Coronet mission.

Usually, Coronet East or West missions are ferry flights across the Atlantic or Pacific Ocean of aircraft, either deploying to a forward operating base or returning home at the end of a tour of duty, or on delivery to a customer (a non-US air force).

These missions are supported by one or more tankers (flying along with the receivers or launched from overseas bases) that provide the fuel the fighters need to reach their final destination. Large formations are always split into two or more section (of 5 – 6 elements), with a supporting tanker each.

The pictures in this article, taken by Gian Luca Onnis, depict a KC-10 accompanying a flight of six F-15s over Sardinia island in the Mediterranean Sea on Mar. 21, 2012. 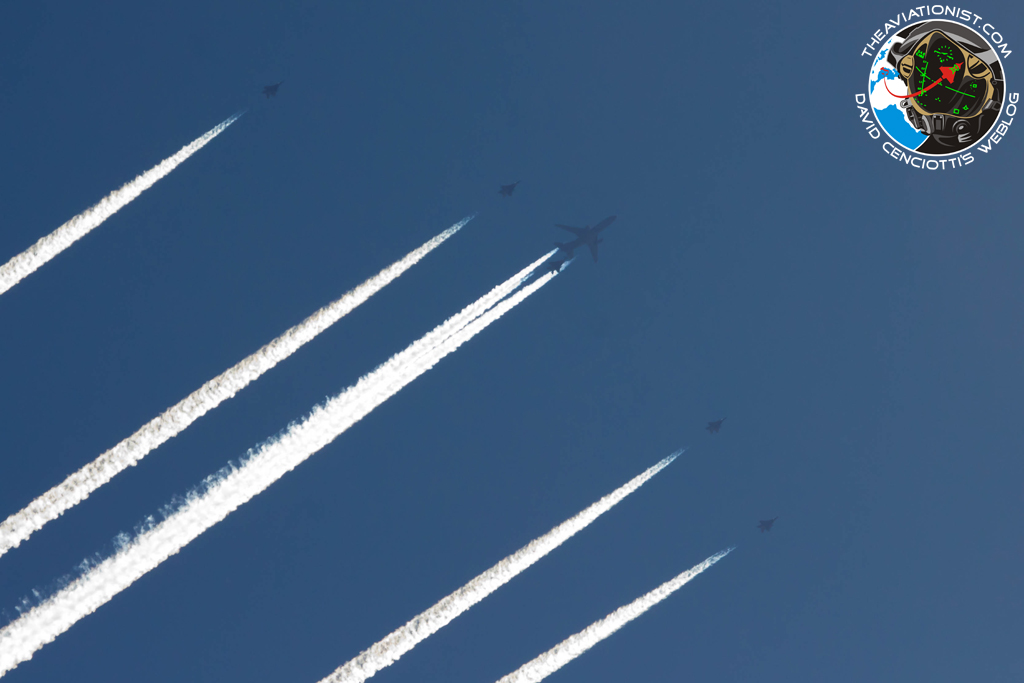