Let’s talk about the last flight of the mighty Tomcat.

Still in service with the Islamic Republic of Iran Air Force, where it was recently spotted with a beautiful splinter color scheme, the F-14 Tomcat was retired by the US Navy on this day in 2006.

Although, officially, the last flight of a U.S. Navy Tomcat took place on Sept. 22, 2006 during the ceremony that was held at NAS (Naval Air Station) Oceana, the real last flight of a Tomcat in the USN colors was on Oct. 4, 2006, when a VF-31 Tomcatters F-14D (BuNo 164603) was transferred from Oceana to Farmingdale Republic Airport, on Long Island, New York and you can see its last landing in the following video.

The airframe that reached such a milestone was a Grumman F-14D and it was last but one Tomcat (or Super Tomcat, as the D version was also known) built.

The BuNo 164603 was first delivered on May 29, 1992, at NAS Miramar to VF-124 Gunfighters, the West Coast Tomcat Fleet RAG (the Replacement Air Group, the naval training squadron for a specific aircraft).

By February 1998 it was flying with the VF-213. As “Black Lion 101” this Tomcat achieved another important milestone on Oct. 7 2001, when this F-14D along with some other Tomcats and Hornets belonging to the CVW-11 (the Carrier Air Wing 11, embarked on the USS Carl Vinson (CVN-70) destroyed an SA-3 SAM battery near Kabul’s international airport, conducing the first strike of the Operation Enduring Freedom (OEF).

The BuNo 164603 stayed with the Black Lions until early 2002 when it was passed on to VF-101 Grim Reapers, originally the East Coast Tomcat Fleet RAG and became the entire Tomcat Fleet RAG after Gunfighters disbandment on Sept. 30, 1994.

However, it was during the summer of 2003 that the BuNo 164603 reached its last squadron and was transferred to VF-31 Tomcatters. 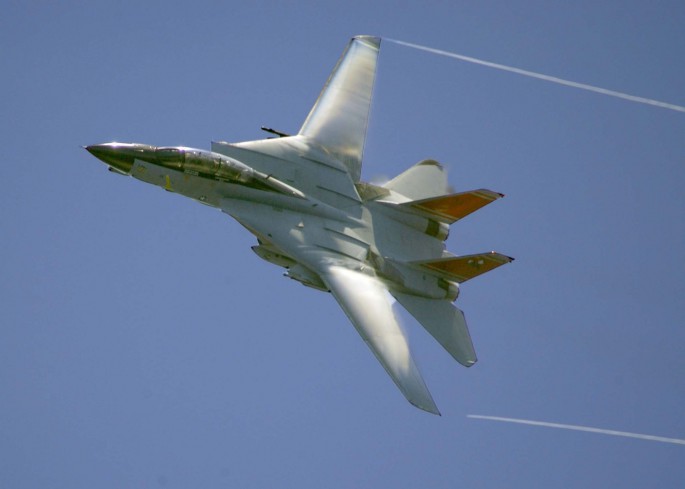 The Tomcatters made of the airframe their “Felix 101” jet, meaning that it became the colourful CO (Commanding Officer) aircraft.

With VF-31 this Tomcat completed two cruises including the Mediterranean Cruise 2005-2006 embarked on the USS Theodore Roosevelt (CVN-71), in support to Operation Iraqi freedom (OIF), that signed the end of Tomcat career.

The last chapter of the US Navy F-14 life was closed on Oct. 4, 2006, when the BuNo 164603 completed the ultimate flight, with the last of the U.S. flying Tomcats transferred from Oceana Naval Air Station to Farmingdale Republic Airport.

Then the BuNo 164603 was ferried by road from Farmigdale to Bethpage and displayed in front of the Northrop Grumman Plant 25 where it still rests today.

A U.S. Navy Destroyer Has Shot Down an Incoming ICBM For the First Time.