According to to French weekly le Nouvel Observateur (LNO) France came within hours of striking Syrian Chemical weapons sites after thinking that the U.S had planned a huge attack on Sept. 1, 2013.

The report states that French President Francois Hollande had convened a meeting early in the morning of August 31; the plan on how France was going to attack the chemical weapons sites was formed during this meeting.

According to LNO the French planned to fly Rafale jets supported by French tankers from French soil and launch the attack from international waters over the Mediterranean, avoiding Turkish airspace in an attempt to prevent Turkey from being attacked in retaliation by Syria, therefore avoiding the clause in the NATO constitution that would drag in the other member states into the conflict.

In the meeting, speeches were written so that Hollande would justify the attacks to the French public.

All of this had started after conversations with U.S politicians in the two previous days had lead the French to think that the U.S were to launch what would amount to a three day campaign.

Even on the Friday, the U.S was saying that it was going to strike soon and planned to contact the French on a hot line to give the go.

It took until 18.30 on Aug. 31 for the U.S President to contact Hollande and announce that he was going to seek congressional authorization, therefore calling off the attack.

The plan was for the Rafale jets to launch Scalp missiles onto targets within Western Syria: due to the 250km range of the missiles the French thought that the U.S would handle targets further inside Syria possibly using Tomahawk missiles.

The French were not to rely on US military assets for the attack according to the LNO article, on a sort of remake of the Mar. 19, 2011’s opening attack on Libya. 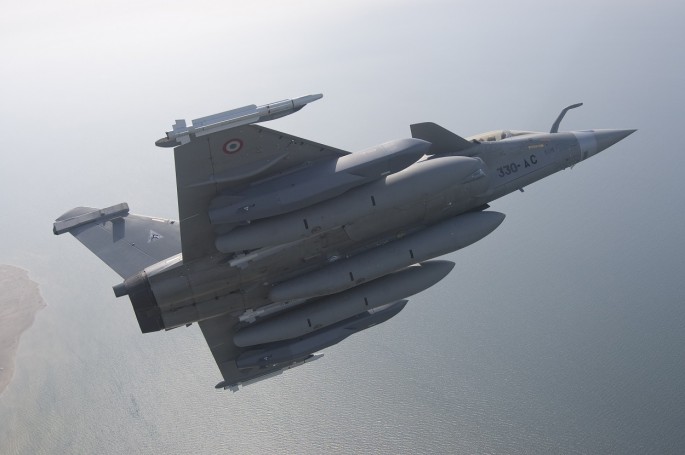 Once again, Flightradar24.com provides an insight into military operations. This time, the Russian air bridge to Syria. Some days ago we explained how everyone (including low-tech terrorists “armed” with a mobile device and an Internet […]

Blue Water Ops. French style. Few days ago we posted an interesting footage, filmed with GoPro cameras, showing launches and recoveries from the Catapult Topside Petty Officer point of view. After reading our article, many […]

Although it was not officially confirmed by either side, early in the morning on May 4, news agencies reported that Israeli jets have conducted a new air strike in Syria, destroying a convoy of weapons possibly destined […]