An Italian doctor, who developed a fever and was positive at the virus after working at a clinic located few miles west of Sierra Leone’s capital Freetown, was repatriated with a special bio-containment flight on Nov. 24.

The doctor was isolated and transported on a Italian Air Force Boeing KC-767A, a dual role aircraft that can perform both the tanker and the strategic transport mission, operated by the 14° Stormo, that landed at Pratica di Mare airbase, near Rome, early in the morning on Nov. 25.

The Aeronautica Militare (Italian Air Force) operates four such planes, one of those is currently supporting US-led campaign against ISIS in Syria and Iraq. 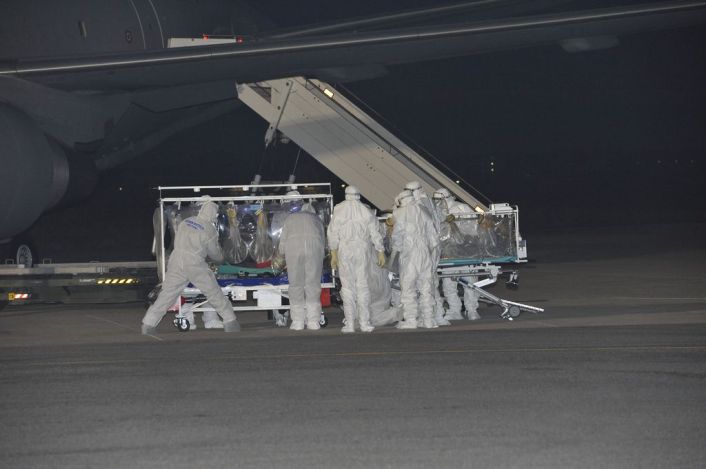 According to the Italian Air Force, in Europe, the ability to carry out transport of highly infectious patients through the use of special isolated stretchers is a peculiarity held exclusively by the Aeronautica Militare and UK’s Royal Air Force.

The Italian Air Force has developed the ability to perform aeromedical evacuation in bio-containment since 2005, establishing proper procedures and working closely with both the Ministry of Health and the Department of Civil Protection.

This capability is based on the use of special ATI (Aircraft Transport Isolator) stretchers, used to board the patient, and the smaller TSI (Stretcher Transit Isolator) terrestrial system, required to transfer the patient from the aircraft to the ambulance upon arrival.

Within the Italian Air Force, “bio-containment” missions can currently be conducted with C-130J Hercules, C-27J Spartan and KC-767 aircraft. 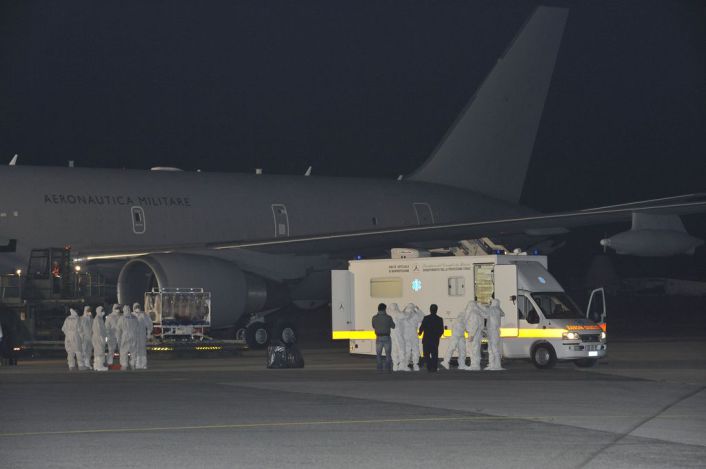