We have taken part to a mission aboard Italy’s Boeing KC-767A to refuel another KC-767A tanker.

The tankers are assigned to the 14° Stormo (Wing) based at Pratica di Mare airbase, near Rome, whose 8° Gruppo (Squadron) flies the aircraft for AAR (Air-to-Air Refueling), strategic trasportation and MEDEVAC (Medical Evacuation) missions.

The first KC-767 was delivered to the Italian Air Force on Jan. 27, 2011 and had its “baptism of fire” few months later, during the Air War in Libya, when the new tanker conducted air-to-air refueling missions of Italian planes involved in Operation Unified Protector. 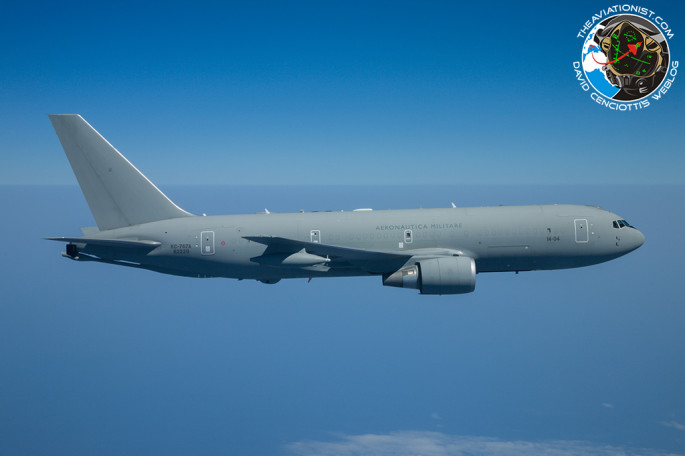 Since then, the fleet has achieved a lot of experience with Italian and allied assets, supporting the deployment of British Eurofighters to LIMA 13 airshow, conducting collective aerial refueling certification and testing with Gripen and Rafale fighter jets and, more recently, escorting the Spanish EF-18 and Eurofighter Typhoons to Konya, in Turkey, for Anatolian Eagle 2014-2. 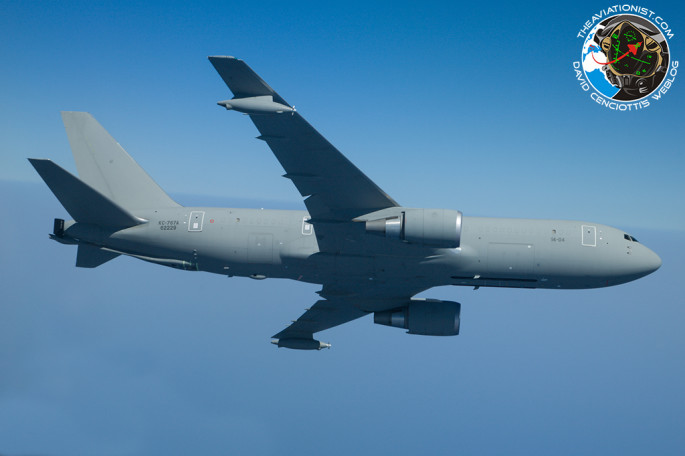 The aircraft, is equipped with both the sixth generation flying boom (based on the one of the American KC-10), and three hose and drogue stations that give the KC-767 the ability to refuel aircraft equipped with onboard receptacle or those with a refueling probe. 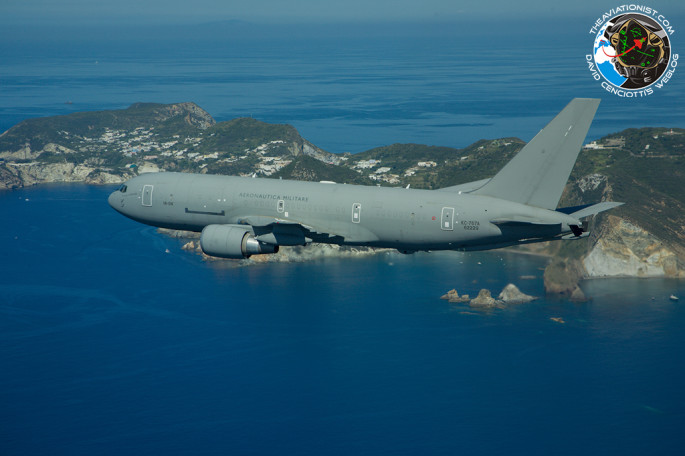 In the KC-46 variant, the next generation tanker is going to replace the U.S. fleet of KC-135E Stratotanker refuelers but, whilst in the KC-135 the “boomer” (as the operator is nicknamed) is prone and moves the flying boom in the receptacle watching the receiver through a rear observation window, in the KC-767 the operators move the boom using a joystick and watching the video from a series of cameras mounted on the tanker’s rear fuselage. 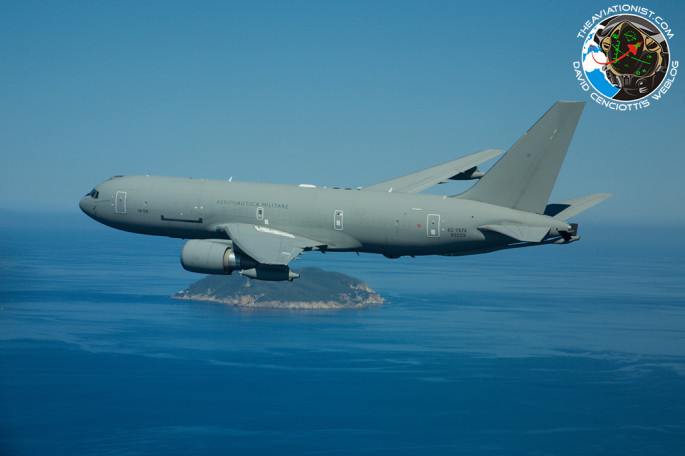 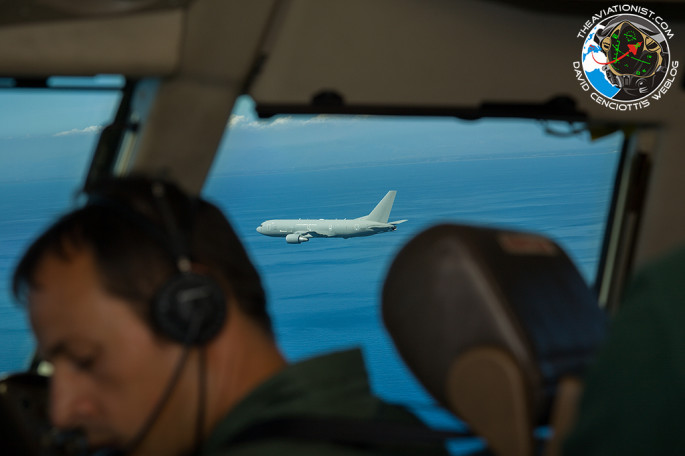 The advanced camera system feeds a Remote Vision System (RVS) that provides high-definition stereoscopic imagery to the vision goggles attached to a sort-of flight helmet worn by the boomer during the air-to-air refueling. 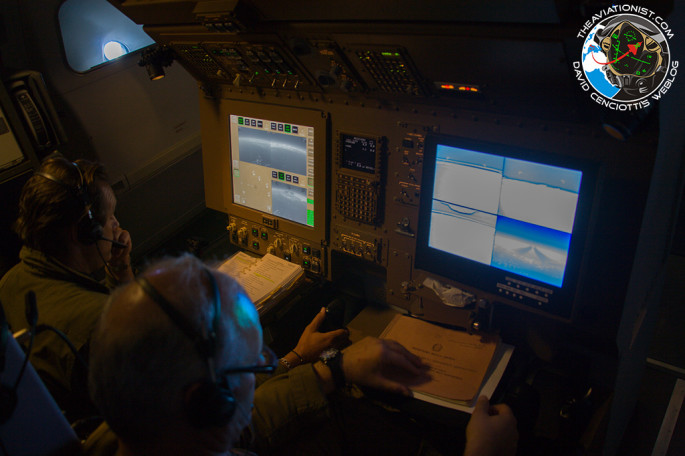 The aircrews of the 8° Gruppo are also capable of “buddy refueling operations”: a KC-767 can refuel another KC-767 mid-air using the flying boom and the aircraft’s receptacle, further extending the aircraft endurance. 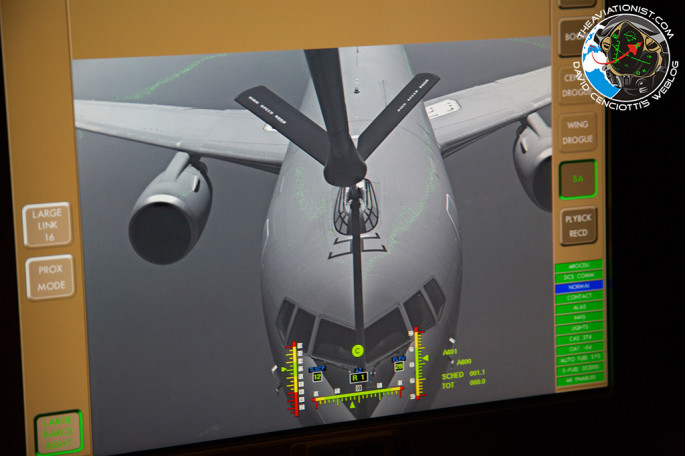 With the help of the Italian Air Force Press Office and the 14° Stormo, we have had the opportunity to take part in one of the “buddy refueling” missions flown by the 8° Gruppo for training purposes. 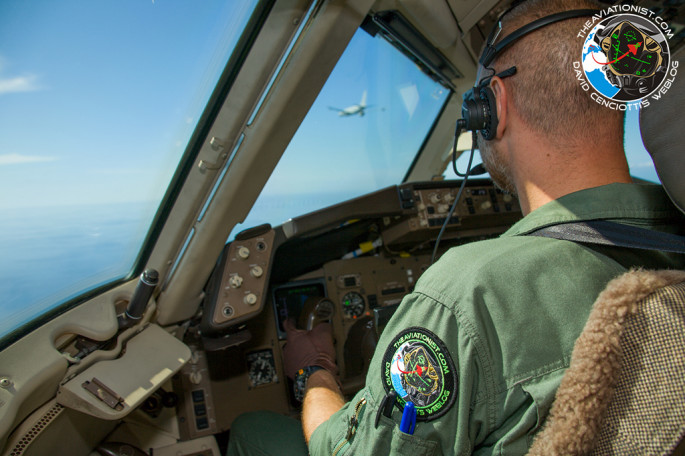 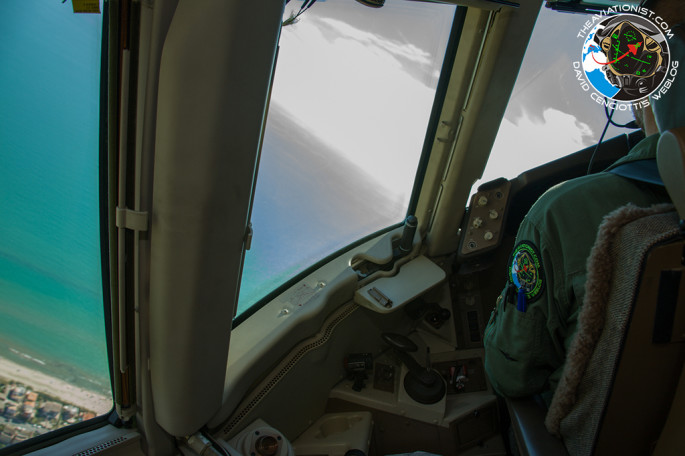 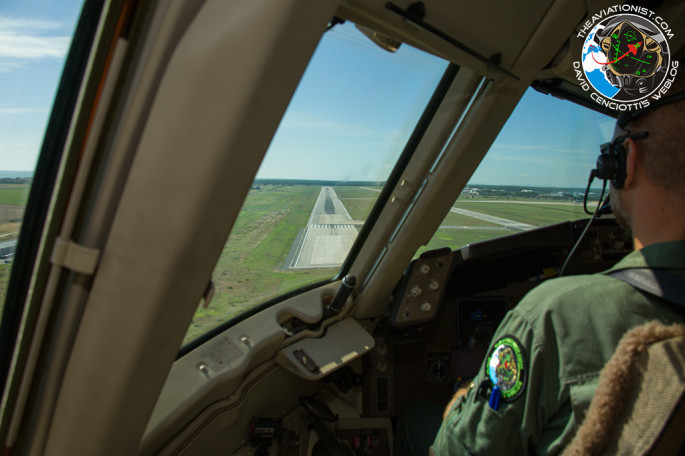 The Author wishes to thank Capt. Stefano Testa of the ItAF Press Office and Lt. Col. Massimiliano Colasi of the 14° Stormo for the help provided before, during and after the flight.

The Italian F-35s deployed to Keflavik, Iceland, were among the NATO interceptors scrambled to monitor the Russian activity in northern Europe. On Jul. 3, 2020, three Northern Fleet Tu-142 aircraft flew a 12-hour mission across […]

What’s this new sensor exposed by video of a B-1 bomber refueling over Iraq?

Although it may seem just another B-1 refueling video, this footage shows something different. The following footage was shot on Feb. 12, over Iraq. It shows a B-1B “Lancer” (or “Bone”) taking fuel from a […]

The Italian Air Force welcomes the first F-35A delivered outside the U.S.