One of the most frequent questions I have received in the last days is: “how many aircraft are needed to provide a 24-hour cover of Libya?”. Obviously, who has asked the question was not interested in fighters needed to enforce the NFZ but in bombers for interdiction and CAS.
It’s not easy to answer this question, since there are many factors to be considered. Indeed, it is not only important to determine how many assets, but where the CAP/loitering areas must be established, how long the aircraft have to maintain the AOR (Area Of Responsibility), etc.
Basing on the information issued in one of the first press briefings by Pentagon, we know that 4 loitering areas for interdiction planes have been established in norther Libya (actually, over the sea in front of it). Most probably, they haven’t changed since NATO took over the command of the operations. 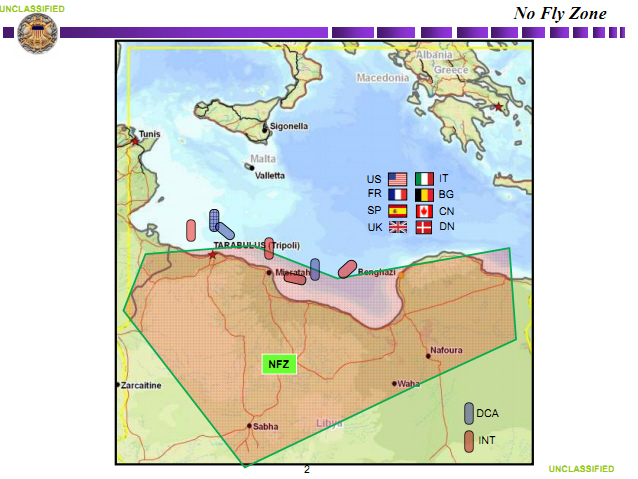 If we consider an “on station” time of  3 – 4 hours, on a daily basis, between 48 and 64 sorties are required to provide a continuos cover of the assigned areas. Let’s consider an average 56 sorties. Obviously, if a flight of 2 bombers is called to perform an air strike their area remains vacant and another flight must be moved to replace it (if not already flying, some assets could be kept in stand by and scrambled if needed) even if achieving a constant presence is almost impossible.

Since the sound of aircraft orbiting above the enemy troops or performing “show of force” flybys is an important deterrent (as shown in Afghanistan), first of all I’d move the loitering areas and repositiong them over the disputed cities (provided that they are still positioned above the sea). This would also reduce the transit time from the orbits to the target area.

That said, to strengthen NATO presence, just to make an example, NATO could add 2 more orbits to the 4 already used, placing them near Misratah (bringing the total in the area to 3) and in the Gulf of Sirte, off Brega, Ras Lanuf and Ajdabiya (bringing the total in the area to 2). On a tactical basis, aircraft patrolling on a certain area could be quickly moved to reinforce presence elsewhere.  If we “translate” the new set up in number of sorties, to keep 6 orbits for 24 hours, NATO would need from 72 to 96 daily sorties. As said, this would not ensure a constant presence on the target area but at least it would improve the possibility to have the asset where and when needed.  Obviously, all what I’ve written so far, makes sense if NATO is willing to use those additional planes to hit the Libyan troops hard, before it is too late. Otherwise it is not worth the effort: to set up 2 more H24 orbits more aircraft, more tankers and more support personnel are required.

On Apr. 21, President Barak Obama authorized the DoD to use armed MQ-1 Predators in Libya. This marks the end of the support role played since Apr. 4 by the US. The Predators were already operating over Libya but they flew reconnaissance flights without carrying any armament. The news is that, since Day 34, they are cleared to engage ground targets. Even if only 2 Predators will be used by the US military in Unified Protector (under NATO command) their impact could be relevant. For sure, they can loiter over a target area for some 15 – 16 hours (thus saving 4 conventional sorties) and, apart from attacking ground targets directly with AGM-114 Hellfire missiles, they can provide target description, buddy lasing and reconnaissance in favour of other allied planes. 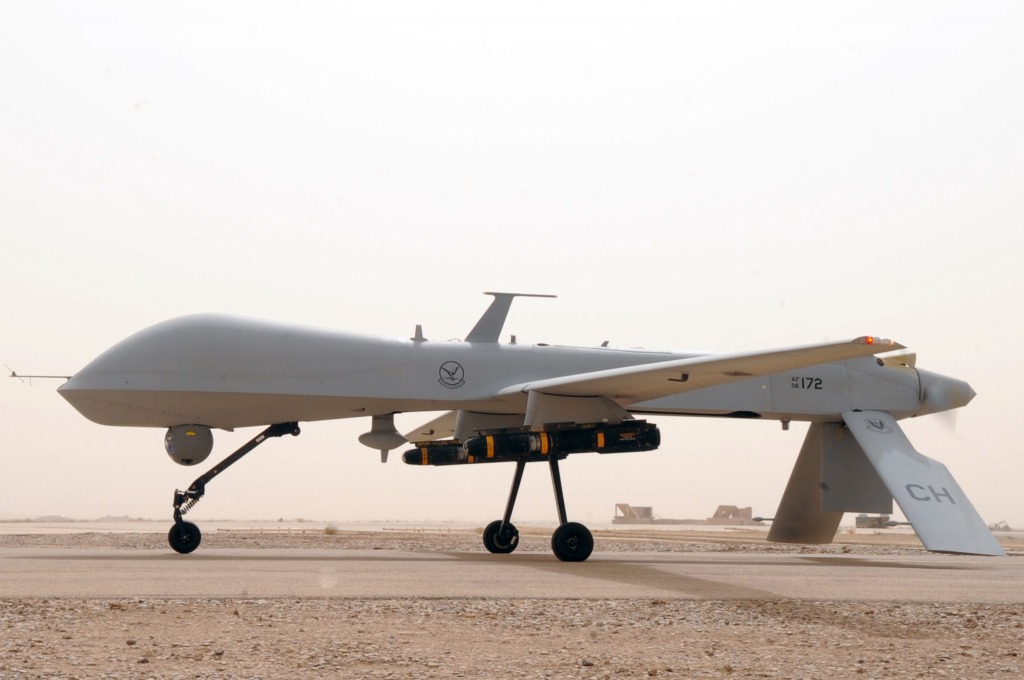 Still, as already explained many times in my daily debriefs, it is not only important how many assets are used in Unified Protector but how they are used: even if 2 more orbits could provide a better coverage of the norther part of Libya, the current 4, as explained by Paul Smyth in his “Libya: is NATO doing enough”

However, this does not explain the seeming periodic absence of NATO aircraft over the eastern battlefront, the apparent shifting of NATO emphasis between Misratah and other locations, or the UK decisions to reinforce the Tornado GR4 deployment and re-role some Typhoon air defence fighters to strike assets. Furthermore, on four days NATO figures indicate flying less than sixty strike sorties (fifty-eight on 3 and 4,fifty-six on 9 and fifty-four on 7 April); it is therefore highly unlikely that it provided a constant presence over key resistance areas whilst conducting interdiction duties elsewhere.

1) In one of the past Debrief I’ve explained what I thought about the presumed missiles shortage reported by some media. According to the Daily Telegraph, the RAF was recently compelled to order more Brimstone bombs (read Day 7 Debrief for some details on this weapon) as a consequence of their intense and effective usage in both Libya and Afghanistan. The newspaper disclosed that more than 110 Brimstones have been fired since they were first used against Taliban in 2009 and an estimate of 60 were fired at armoured vehicles in Libya. Tornado GR4s flying Unified Protector missions within British Operation Ellamy, usually carry a single three-missile launcher for the Brimstone within a mixed configuration which includes also 500 lbs Paveway IV LGB and pod-housed targeting/reconnaissance sensors. If a large amount of them are used also in the coming weeks, the RAF risks having low stocks: without Brimstone, the Tornado GR4s would have to use the 500lbs Paveway II or the 1000 lbs Paveway IV used by the Typhoons.

More than 2,000 Brimstones were originally built to take on massed Soviet armoured divisions and were unable to discriminate between friend or foe vehicles. The MoD decided to convert more than 300 Brimstones into the “dual mode” under an urgent operational requirement and proved a huge success in Afghanistan where it can target individuals, buildings and fast-moving vehicles.
However, converting more bombs is a complex process taking a number of weeks. It is understood that the British manufacturers MBDA have been quietly asked to begin making more.

Following the success in Libya, other foreign countries, like US and France seems to be interested in the dual mode Brimstone, a 50kg (110lb) missile that is an extensive redevelopment of the Lockheed Martin AGM-114 Hellfire, optimised for release from fast moving platforms, that is considered “a unique munition capable of destroying manoeuvering targets”.

In the meanwhile, NATO has realeased an interesting video showing footage recorded by RAF Tornado and Typhoon targeting pods as the British plane struck Libyan communication installations of Gaddafi’s command and control network.

A RAF pilot recalled the first bombing mission with the Typhoon here.

2) Newspaper Aftenposten reported on Apr. 20 that RNoAF fired at least 12 % of NATO’s bombs against Gaddafi’s forces. Around 140 PGMs have been dropped against military targets since the beginning of Odyssey Dawn. Article also says the total number of missions passed 90 (even if, as suggest by Aksel Magdahl, that could be the actual number of sorties). Just a few days ago the RNoAF F-16 had dropped 100 PGMs, so an increase of 40 bombs since then would indicate an increase in tempo for the Norwegian F16s. A short video released by the RNoAF (as pictures below) taken from the F-16 Sniper pod is available here. 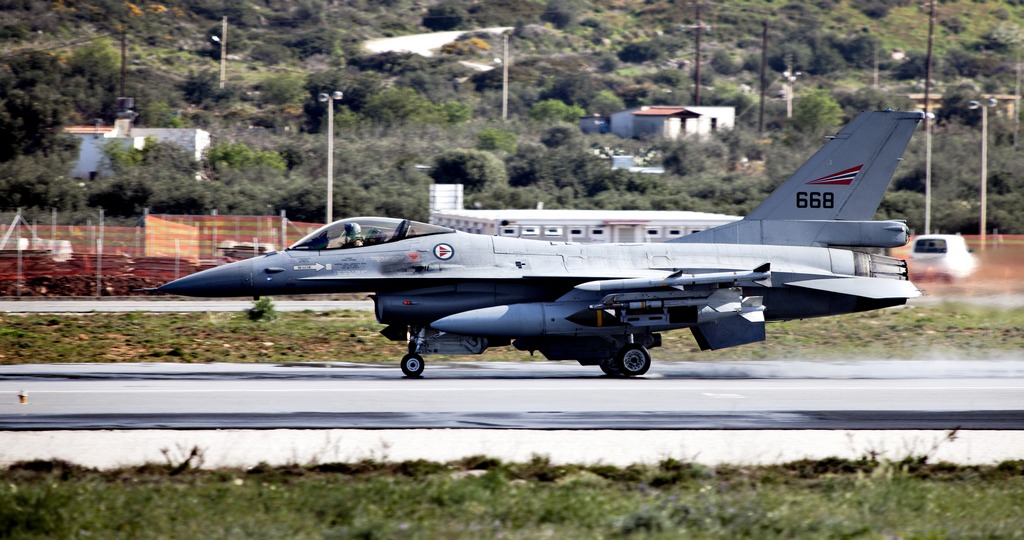 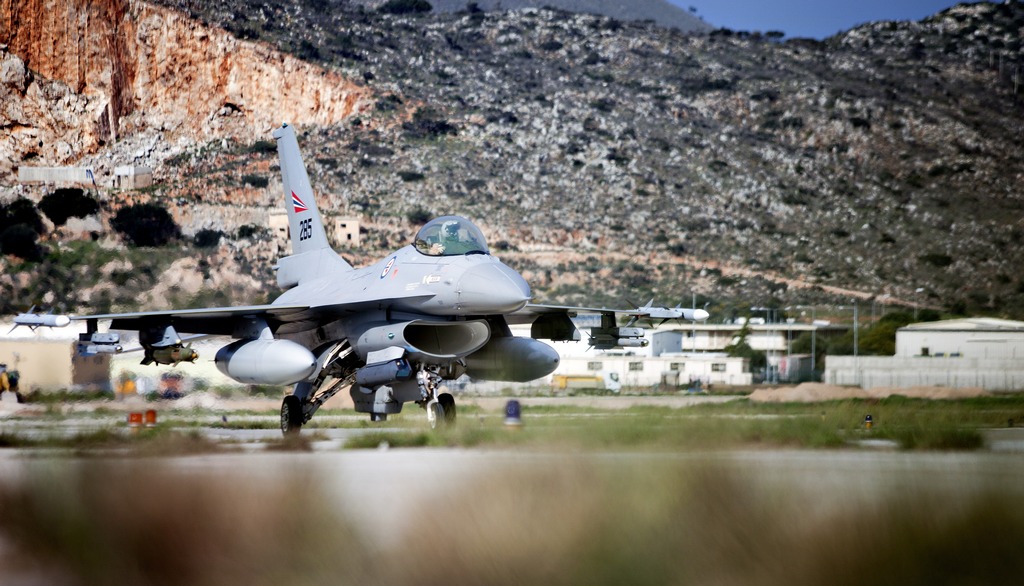 4) The Swedish Air Force released an image of a Libyan airfield taken by a JAS-39 Gripen assigned to Unified Protector with the recce pod. Even if the location was not released I’m almost 100% the photo was taken at Misratah airport. You can compare the SweAF picture with the screenshot I took with Google Earth (obviously they were not taken on the same date….). 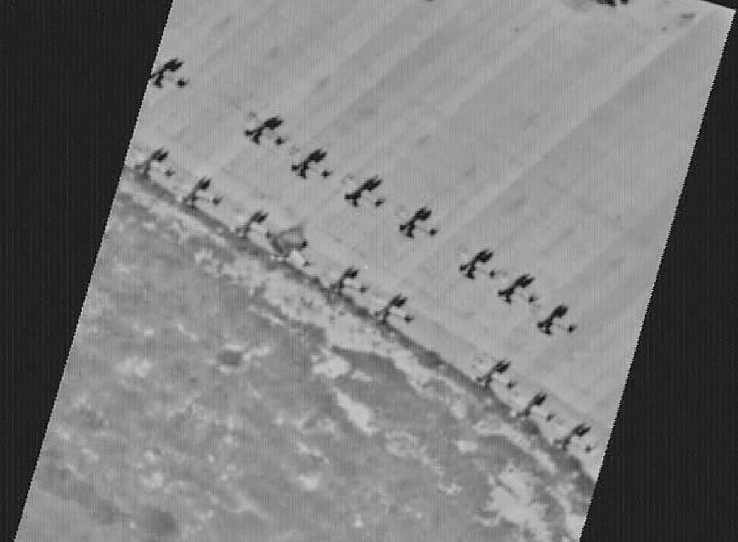 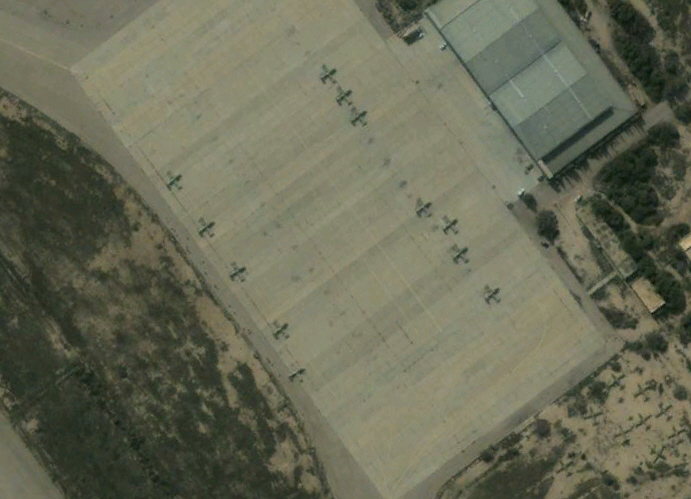 Poland to Procure Synthetic Aperture Radar Pods for Its F-16s?

Looks like the DB-110 Pod Is not Enough For the Polish Air Force. The Armament Inspectorate of the Polish Ministry of Defense announced a launch of a procurement procedure, on Oct. 6, 2020, aimed at […]

News reports have come in the afternoon of Jul. 3 that two RAF Tornado GR4 aircraft have crashed into the Moray Firth off the Eastern coast of Scotland. The RNLI (Coastguard) has released information that […]