With some tweaks the F-22 Raptor can maintain the edge over the future fighters the U.S. adversaries are developing.

The development of a sixth generation fighter should not be a top priority for the U.S Air Force given that, according to Rob Weiss, executive vice president and general manager of Lockheed Martin’s legendary Skunk Works division, regular updates to the F-22 and F-35 would keep the edge of the current U.S. stealth fighters over China’s and Russia’s future fifth generation warplanes.

Weiss recently told to DefenseOne.com, that these aircraft already enable the U.S. to have a distinct advantage over the capabilities its adversaries are developing and that a replacement for today’s F-22 and F-35 fighter jets isn’t needed anytime soon: “We’ve done this analysis for more than a decade now and it’s clear that the fifth-generation F-22s and F-35s are very capable versus a threat and substantially more capable than any fourth-generation airplane. There’s, in our view, little point in developing a new airplane that doesn’t do anything more than what you can do as you modernize F-22s and F-35s.”

Instead the Pentagon should invest in developing “truly game-changing technologies and capabilities” that will be part of the future sixth-generation fighter whose development, added Weiss, should start in a decade or more from now.

On the contrary, the U.S. Air Force is already procuring the ultimate future fighter that will eventually replace the Raptor under the so-called Next Generation Air Dominance (NGAD) program.

But, assuming that a new fighter would require no less than twenty years to be developed, restarting the F-22 production line would be for sure a more cost-effective move for the service.

The procurement of additional Raptors would also make the JSF more capable, given that as we have already explained, the Air Force said that without the support of a dedicated air superiority fighter such as the F-22, the F-35 would be irrelevant.

Furthermore reopening the Raptor production would give the chance to fix the few shortcomings the aircraft has.

For instance, thrust vectoring (TV) wasn’t a strictly needed feature since it could bring some stealthy trade-offs to the airframe of an aircraft built to achieve most of his kills silently. Moreover, although during within visual range (WVR) engagements TV can be very useful to put the F-22 in the proper position to score a kill, it requires an appropriate use to prevent the Raptor from losing energy and becoming very vulnerable.

Eventually a helmet-mounted display (HMD), which the aircraft still lacks, coupled with the recently integrated AIM-9X missile, could equally turn the F-22 into a lethal dogfighter, given that the HMD would enable the pilot to exploit the full High Off-Boresight (HOBS) capabilities of the weapon.

Fixing the F-22 shortcomings and then restarting its production line would be the best solution for the U.S. Air Force also according to Jamie Hunter, editor of Combat Aircraft Monthly, who wrote on the December 2015 issue of the magazine: “How about a risk-reduced approach for NGAD? Take the almost perfect Raptor and put it back into production, albeit this time with the tweaks that make it truly the best fighter ever can be. That approach may just help mitigate against the early cost over – runs and delays – and provide capability faster and when it’s needed.” 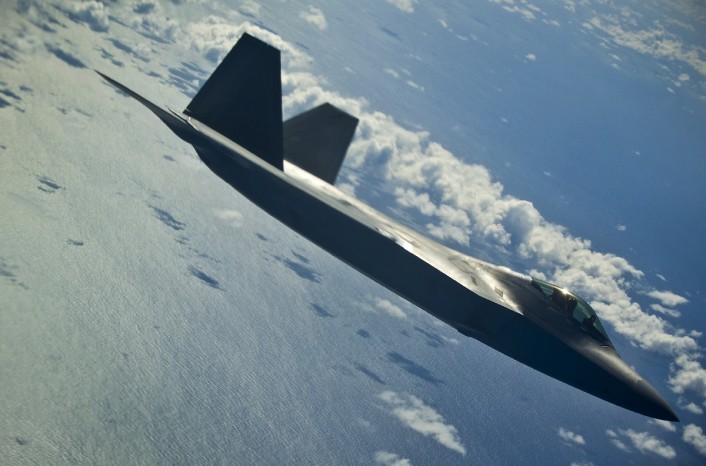