NATO’s three most advanced combat planes flying together during exercise.

The photographs in this post were taken recently in the skies near Langley Air Force Base, Virginia. 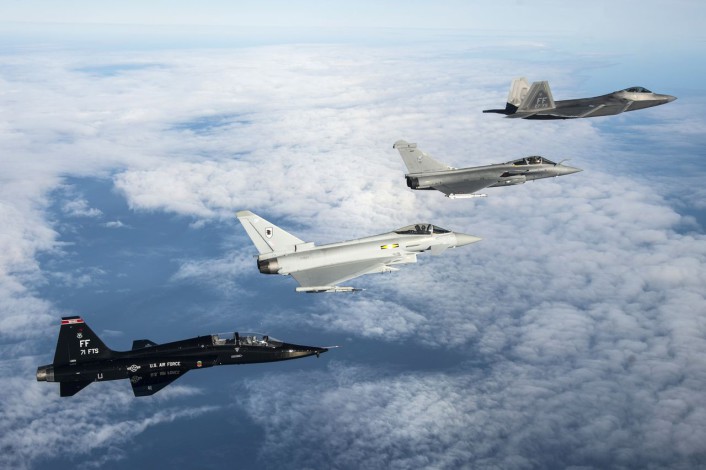 Hosted by the 1st FW (Fighter Wing), the East Coast drills focus on integrated operations with the aim to gain an understanding of the required tactics, techniques, procedures as well as logistics and support associated with fighting in a highly-contested scenario made of layered long-range air defenses.

To make things even more realistic, the exercise does not only feature the NATO’s premiere combat aircraft but also a wide variety of supporting assets: along with the “Bad Guys” (U.S. Air Force F-15E Strike Eagles and the Langley-based T-38 Talons that always train against the Raptor stealth fighter) there are U.S. E-3 AWACS as well as U.S. and French Air Force tankers. 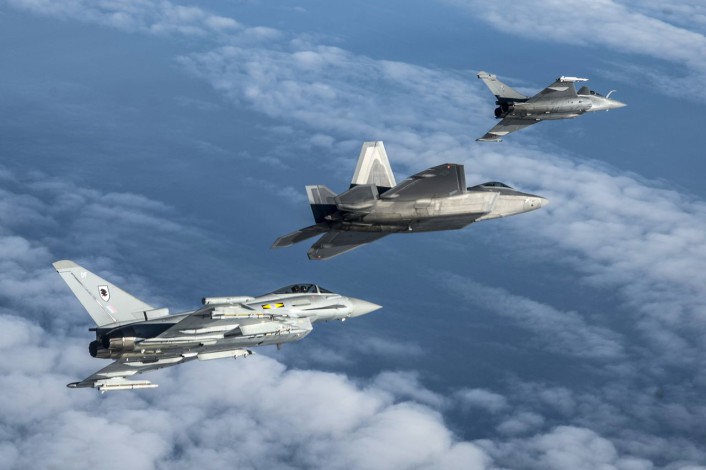 According to U.S. Air Force Col. Pete Fesler, the commander of the 1st FW: “The RAF and FrAF are our vital strategic partners and allies in the current fight against extremism, and will be in any foreseeable future conflict,” said Fesler. “The trilateral exercise gives us an opportunity to train together in realistic counter-air and strike scenarios. This training is critical to ensure that we have day-one interoperability for future contingency operations.”

Interestingly, whilst the USAF Raptor, the British Typhoon and the French Rafale multi-role combat planes train in the U.S. to gain air superiority in a modern A2/AD (anti-access/area denial environment), the same three kinds of aircraft are currently involved in a real war against ISIS in Syria and they daily operate well inside a Russian super-MEZ (Missile Engagement Zone) created with the deployment of the Moskva guided-missile cruiser (with its S-300F) off Latakia and the installation an S-400 Triumf battery at Hmeymim airbase: perhaps an interesting real-world scenario to test at least a few of those procedures studied in the permissive skies over Virginia. 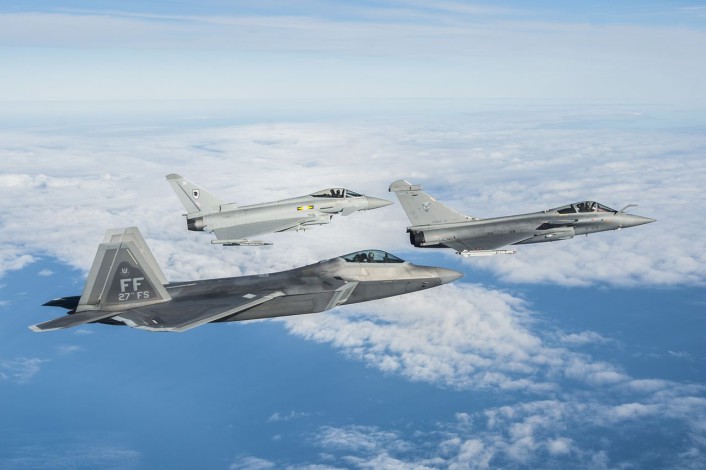