The air dominance fighters flew in formations of six, five, and four over the Gulf of Mexico. 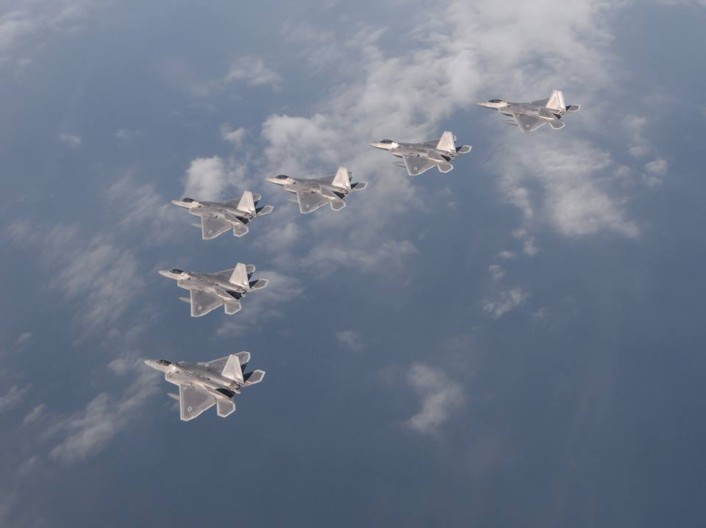 The 95th FS has recently taken part in the first Raptor deployment in Europe. 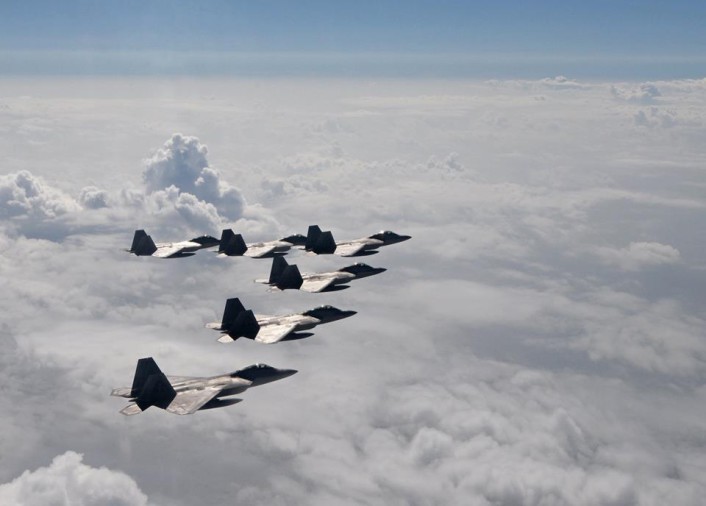 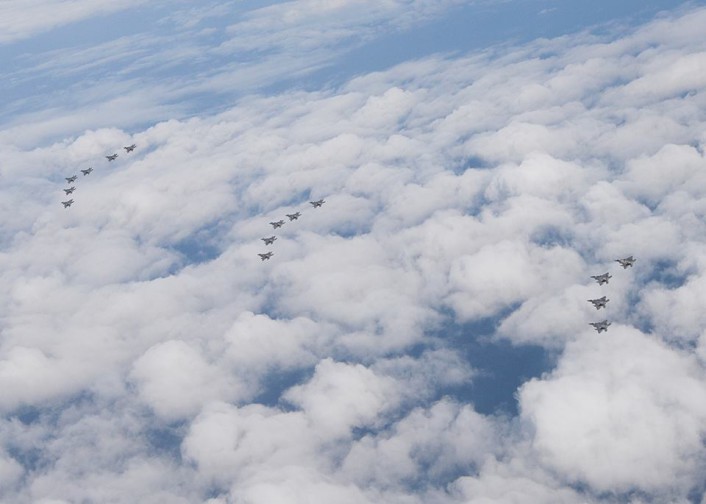 Here is an interesting photograph shot on the night of Sept. 23, when the U.S. fifth generation fighter plane had its baptism of fire. The image in this post is interesting for several reasons. First […]

Three U.S. B-52 strategic bombers have deployed to the UK