Aerial combat between U.S. Air Force F-22 Raptors and F-15 Eagles, seen from the inside.

The image in this post was taken from a U.S. Air Force F-15 Eagle from the 131st Fighter Squadron, 104th Fighter Wing, Barnes Air National Guard Base, Massachusetts, during a close range aerial combat exercise against a U.S. Air Force F-22 Raptor from the 154th Wing, Joint Base Pearl Harbor-Hickam, Hawaii. 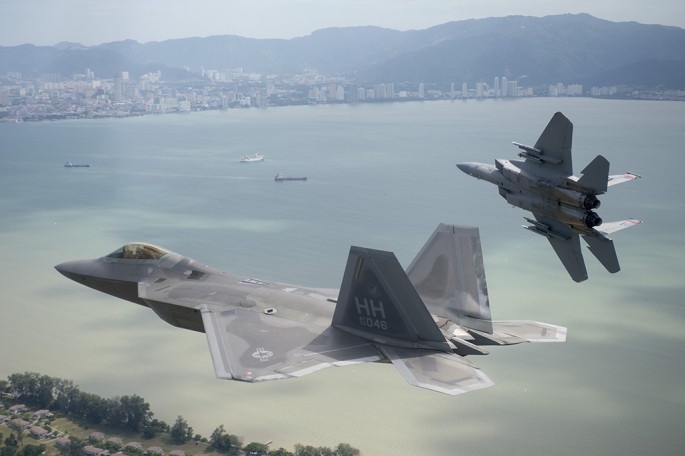 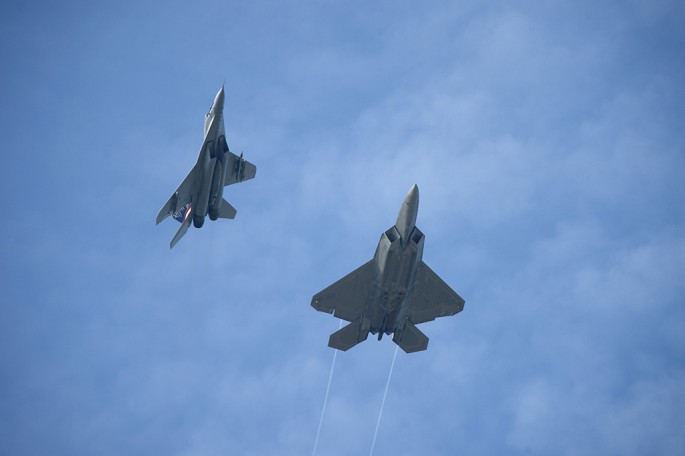 It’s not clear whether the F-22 has flown DACT (Dissimilar Air Combat Training) against Malaysian Migs or Sukhois; if this is the case, it would be interesting to know which ROE (Rules Of Engagement) were applied and the outcome of the confrontations between the Russian multirole planes and the U.S. most advanced fighters.

Focus on Red Flag 15-3: how U.S. forces learn to fight in the unseen battle space

We have also taken part in an aerial refueling mission: “nobody kicks ass, without tanker gas!” Red Flag is well known as the world’s premier aerial warfighting exercise. Featuring the broad expanse of the Nevada […]