Note at the 00:30 mark the surfer carrying his surfboard and walking next to the airport’s fence as one of the radar-evading planes taxies: a scene that can be seen only at the Hawaii…. 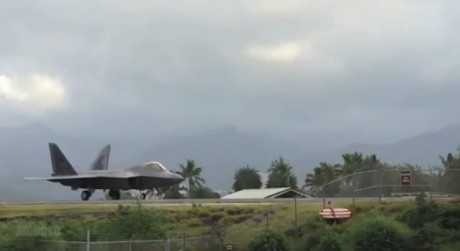 As the units were being readied to declare FOC (Full Operational Capability), on Apr. 7, the squadrons launched and recovered a record number of sorties which is the most executed by these squadrons on a single day since the conversion to the F-22s.

The U.S. Air Force Has Started To Divest the B-1 Bomber Fleet With First BONE Retired At The Boneyard