Here’s the new version of the infographic about Russia’s air war in Syria.

At the end of October we posted the first version of this infographic about the Russian Intervention in Syria, prepared by Louis Martin-Vézian of CIGeography. Many things have happened since then: the Russian Air Force has carried out raids using its Strike Bomber Force directly from mainland Russia; a Su-24M Fencer was shot down by a Turkish Air Force F-16 after an alleged violation of the Turkish airspace; the Moskva missile cruiser has started operating off Syria, and an S-400 battery has been installed at Latakia.

Here’s the updated version of the infographic prepared for Offiziere.ch. Please note that it does not include the first appearance of the Kilo-class Rostov-on-Don submarine that has launched cruise missile(s) against ground targets in Syria from the Mediterranean Sea on Dec. 8. 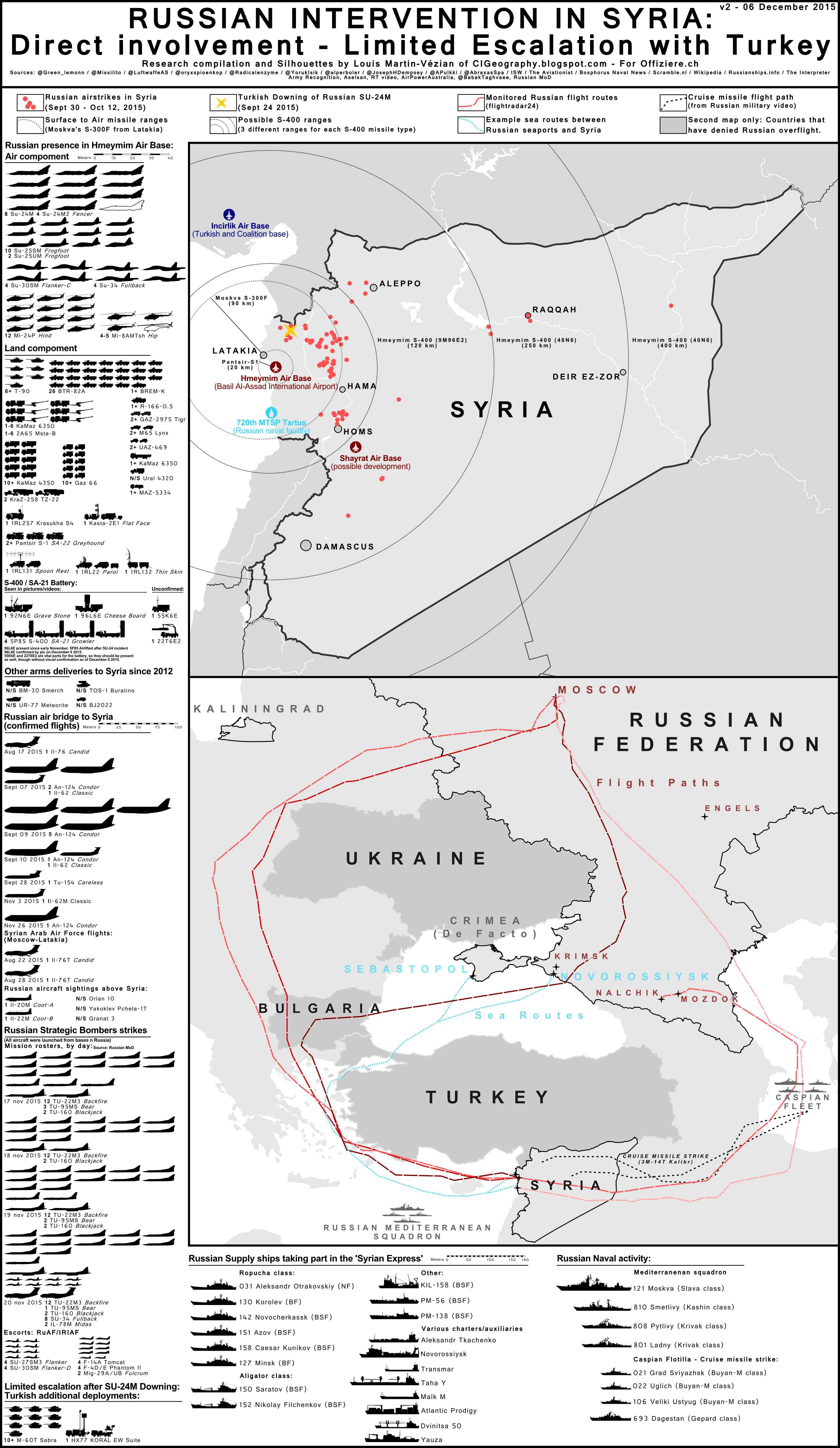 Many thanks to CIGeography (and please note they sell USN infographics now, at this link).

An article appeared in the ‘New Yorker’ (written by David Makovsky, a Jewish American who has lived in Israel for many years although now living back in the US) has revealed several previously unknown facts […]

This Footage *Allegedly* Shows A Russian MiG-31 Shooting Down A Cruise Missile In The Stratosphere.

Hear a Turkish Air Force radar station warning an unknown aircraft about to enter the Turkish airspace. On Nov. 24, a Russian Air Force Su-24M belonging to the contingent deployed to Latakia, in western Syria, […]