The Royal Air Force deployed six Typhoon FGR4s and a team consisting 13 pilots from 11 Squadron and 3(F) Squadron from RAF Coningsby, to Konya airbase, in Central Turkey, to take part in Anatolian Eagle 2014-2.

The 1,000 miles trip to Turkey gave the British Typhoons the opportunity to train jointly with the Turkish Air Force and international partners inside a large, segregated airspace measuring 200 x 150 Nautical Miles, most of which is available from ground to 50,000 feet – the ideal stage for simulated contingency operations. 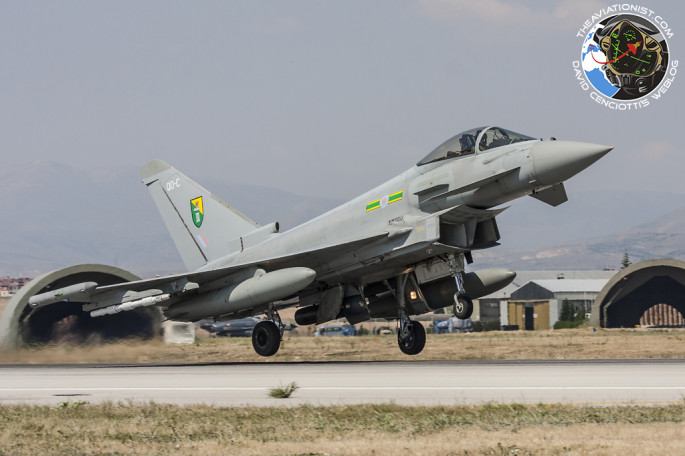 RAF Typhoons flew swing-role missions, leveraging on the multi-role capabilities of the aircraft: carrying underwing RAIDS (Rangeless Airborne Instrumentation Debriefing System) pods to gather and transmit to ground station relevant flight data, the “Tiffies” flew high and fast to provide cover to the rest of the strike package during the ingress into the enemy airspace, dropped their simulated Precision Guided Munitions (PGMs) on targets designated with the centerline Litening III targeting pod, and escorted the package again during the egress and subsequent return to Konya. 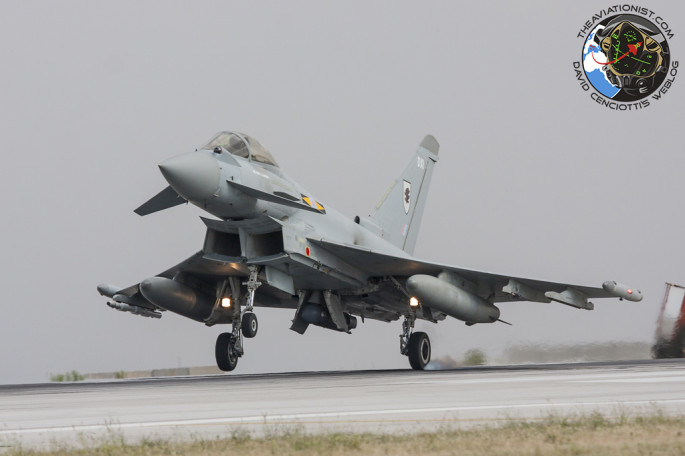 Talking to the Royal Air Force website, newly appointed Typhoon Force Commander, Air Commodore Philip Beach, said: “The Typhoon Force is very much in demand, providing Quick Reaction Alert in the UK, the Falklands and in the Baltic region; it is on call 24/7 every day of the year. Typhoon is also a fundamental component of UK contingent operations and it is vital that we train with our NATO and international partners, in complex scenarios, to retain our competitive edge. This exercise provides the opportunity for us to further enhance interoperability with our allies and ensures that we maintain the highest levels of readiness for operations.” 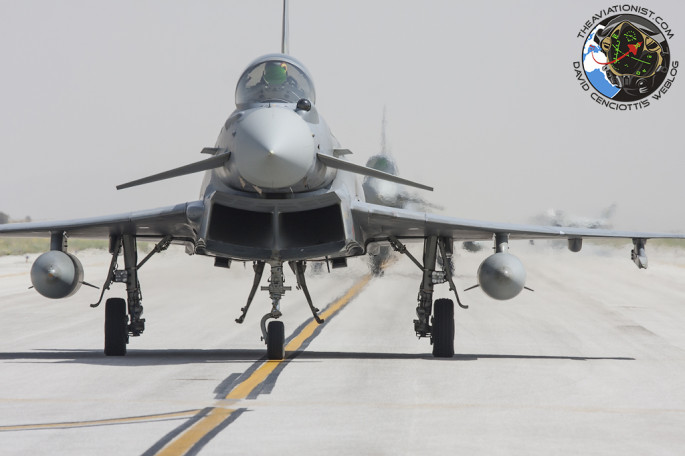 The Spanish Air Force brought a tactical air expeditionary group to Turkey made up of six Eurofighter Typhoon C.16 jets from Ala 14 based at Albacete for what was their first participation in an overseas multinational exercise, and six EF-18s from Ala 12, based at Torrejón. Along with the Hornets, two Typhoons deployed to Konya non-stop, taking fuel mid-air from an Italian Air Force Boeing KC-767A tanker; the remaining four C.16s made a stopover at the Italian Eurofighter base at Gioia del Colle. 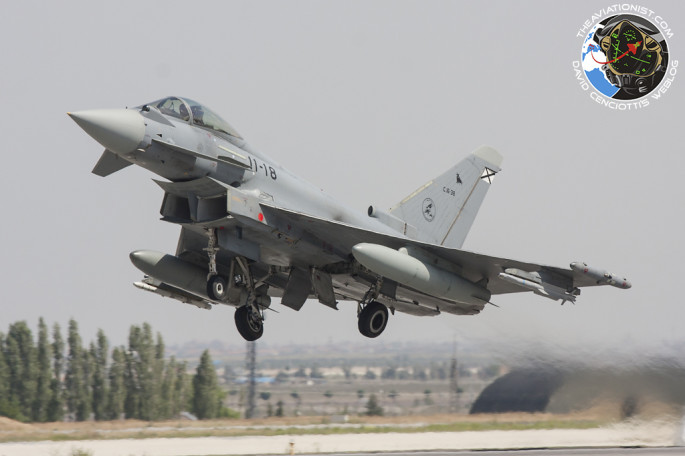 The Spanish Typhoons were tasked with pure Fighter Sweep missions: their role was to conduct offensive counter air missions, destroying all the enemy aircraft within the area of responsibility and to clear the way for incoming attack planes. 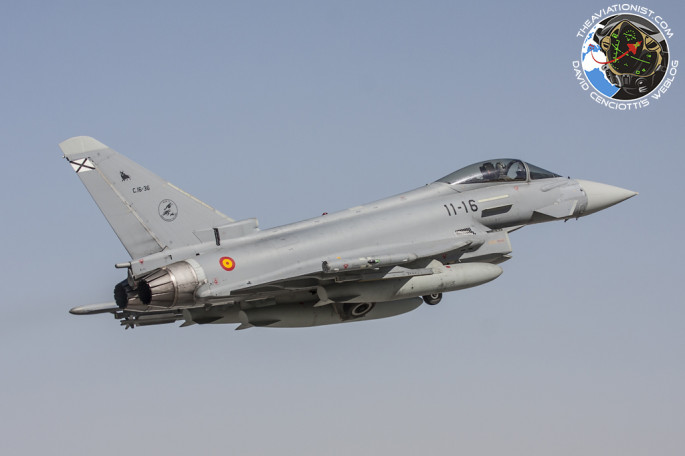 Depending on the length of the sortie, the aircraft flew with two or three drop tanks, an AIS (Airborne Instrumentation Sub-system) pod for the flight data downlink to the ground ACMI sensors, and a dummy IRIS-T air-to-air missile. 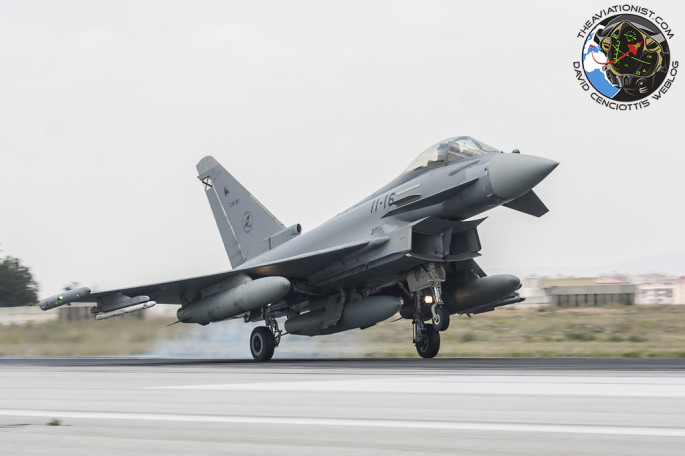 For the Ala 14 pilots, who were taking part in their first expeditionary experience with the Typhoon, their participation in Anatolian Eagle was an important opportunity to validate and enhance their reference tactics, share knowledge and improve cooperation with personnel from different nations, and fly the Eurofighter in a challenging scenario, with up to 60 aircraft flying at the same time, in a large, almost unrestricted airspace. 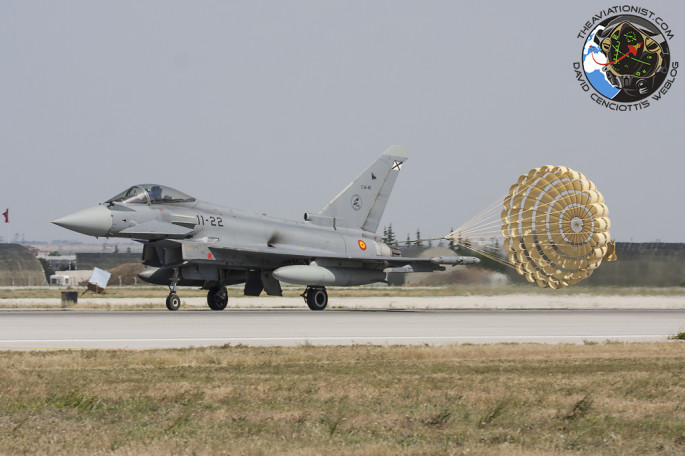 The aircraft, retired from service last year, should replace the Boeing 707 Cóndor. The Chilean Air Force (FACh) might get in the near future three of the E-3D Sentry AEW Mk.1 recently retired by the […]

30 Years Ago RAF Buccaneer Bombers Carried Out Their First Mission in the Gulf War.

During the Gulf War, the RAF Buccaneer bomber flew a kind of mission its designers hadn’t foreseen. Yesterday, my attention was caught by an interesting post of the Royal Air Force Museum in London, which […]