The aircraft performed a hard landing, bounced a little and eventually landed back on the tarmac.

Here below, the same aircraft, nose up, shortly after the second touchdown on the runway. 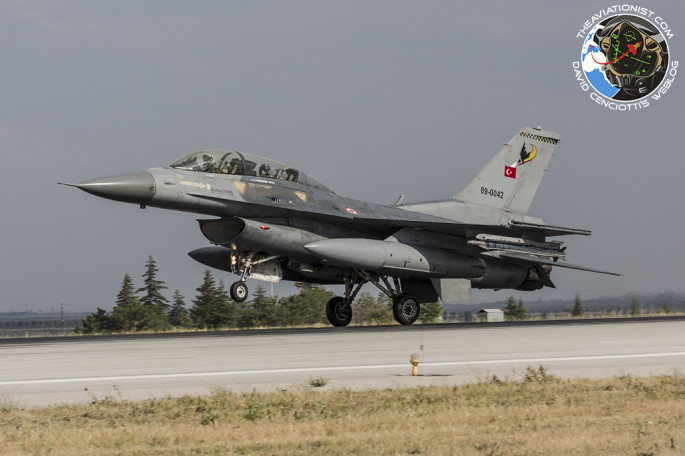 Below, a Eurofighter Typhoon of the Royal Air Force depicted at the touchdown (as smoking tire shows). 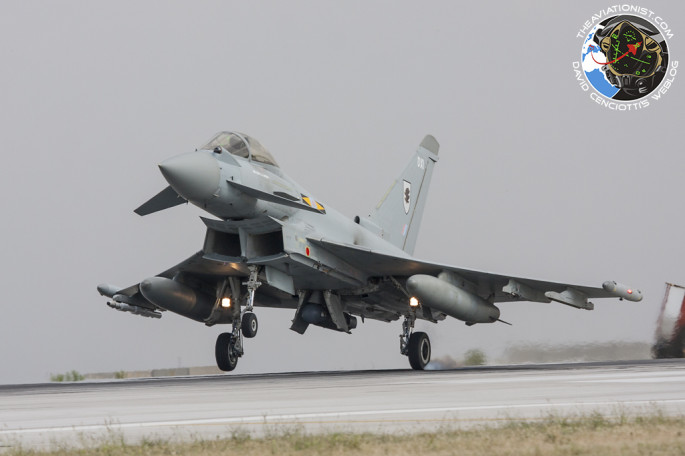 More pictures about the first week of the Spring Flag 2008 taken by the correspondent Giovanni Maduli. To have an idea of the air operations taking place during a SF exercise just think that on […]

On Dec. 22, a press release from Alenia Aeronautica announced the agreement reached by the Finmeccanica company and the Direzione Generale Armamenti Aeronautici (General Management for Aeronautical Armaments) of the Defence Ministry, for the supply […]