Time for another deployment to Europe.

The arrival of these F-15s marks the latest iteration of a Theater Security Package (TSP), a temporary deployment from CONUS (Continental US) of a force whose aim is to augment the Air Force presence in a specific region, for deterrence purposes.

The TSP “will conduct training alongside NATO allies and partners as part of OAR to strengthen interoperability, demonstrate the U.S. commitment to a Europe that is whole, free, at peace, secure, and prosperous and to deter further Russian aggression,” according to a USAF release.

The wording with the reference to the Russian aggression is noteworthy.

Interestingly, the F-15s will head to two separate locations to simultaneously: Keflavik, in Iceland, to undertake air policing duties in support of NATO, and Leeuwarden Air Base, Netherlands.

While at Leeuwarden, the F-15s will also take part in Exercise Frisian Flag.

As done by the TSPs last year, during their six months in theater, the F-15s will also forward deploy to other NATO and partner nations to include Bulgaria, Estonia and Romania. 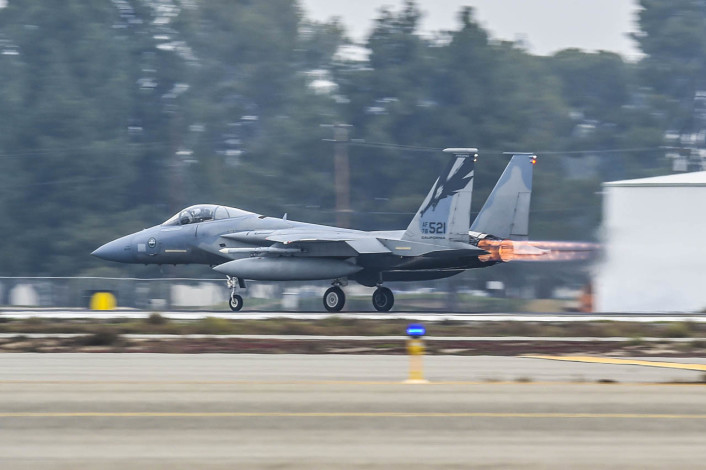 The maiden flight of the XB-70A ended with tire blowout and fire. With a planned cruise speed of Mach 3 and operational altitude of 70,000 feet, the B-70 Valkyrie was slated to be the ultimate […]