Twelve Eagle jets are deploying to Europe as the first ever ANG theater security package in the continent. The second wave of F-15s is expected to arrive at the Dutch airbase on Apr. 1. 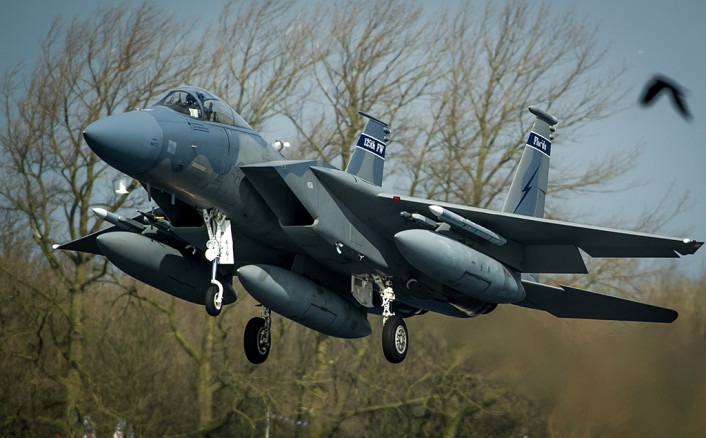 They will initially operate from the Dutch base, where they will take part in Frisian Flag exercise before moving to Bulgaria to conduct training alongside other NATO allies “to strengthen interoperability and to demonstrate U.S. commitment to the security and stability of Europe.”

The air superiority planes complement the 12 A-10 of the Air Force TSP deployed to several airbases across eastern Europe beginning last month and the 14 F-16s from Aviano airbase, deployed to Amari airbase, in Estonia, to conduct joint training with regional allies. 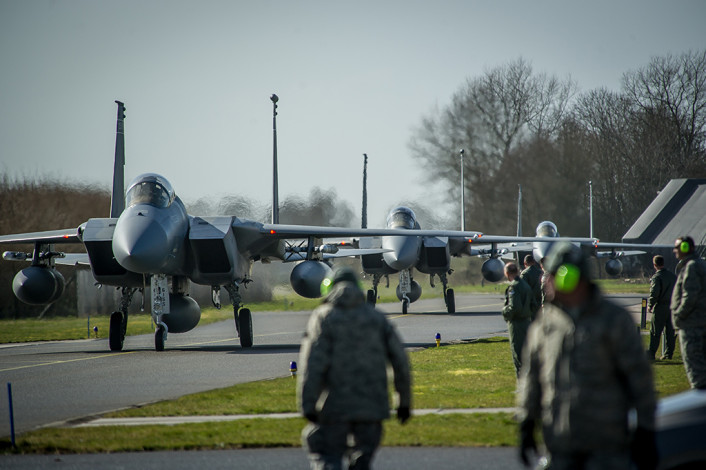 USAF Major Stephen Del Bagno, Thunderbird #4, Was Experienced Pilot, First Year Thunderbird. Update: a previous version of the story only mentioned the flyover at the Daytona 500 whereas the Thunderbirds have performed a display […]