Twelve F-15C Eagle fighter aircraft are currently based at Leeuwarden Air Base, Netherlands, for a six-month deployment to Europe.

The F-15s and personnel taking part in this TSP are based out of units in Florida, Oregon, California, Massachusetts and various bases throughout Europe and they are grouped, regardless of their origin, in the 159th Expeditionary Fighter Squadron. 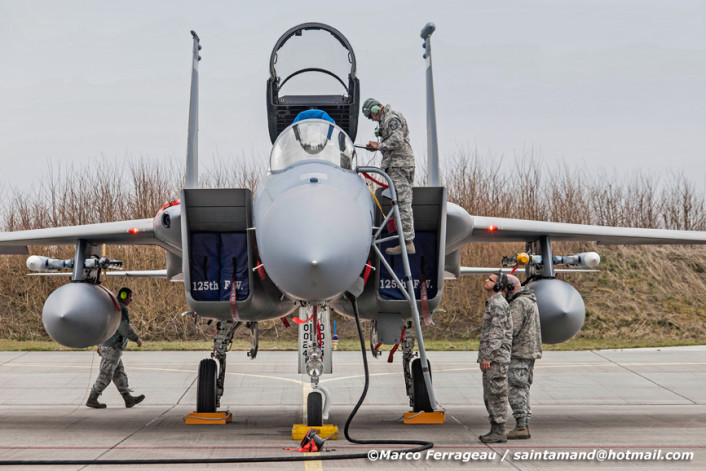 They will attend Frisian Flag exercise, due to start on Apr. 13, then, as done by the USAF A-10s, they will head east, to Bulgaria, where they will conduct training alongside other NATO allies and show U.S. support to local allies. 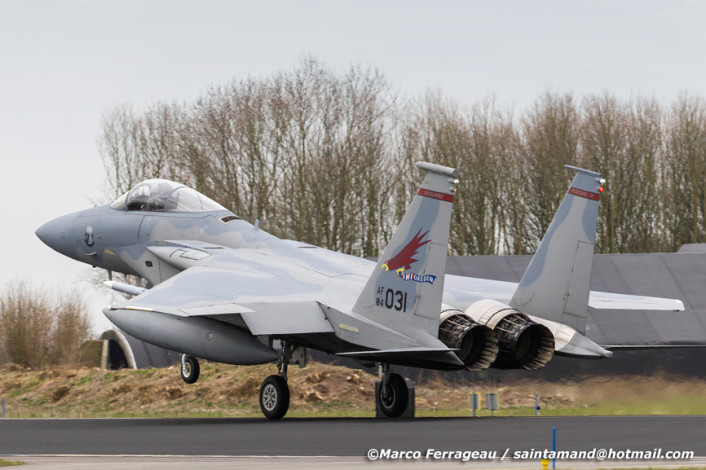 The images in this post were taken on Apr. 5, by photographer Marco Ferrageau, at Leeuwarden airbase, as the Eagles launched for their first missions over Europe. 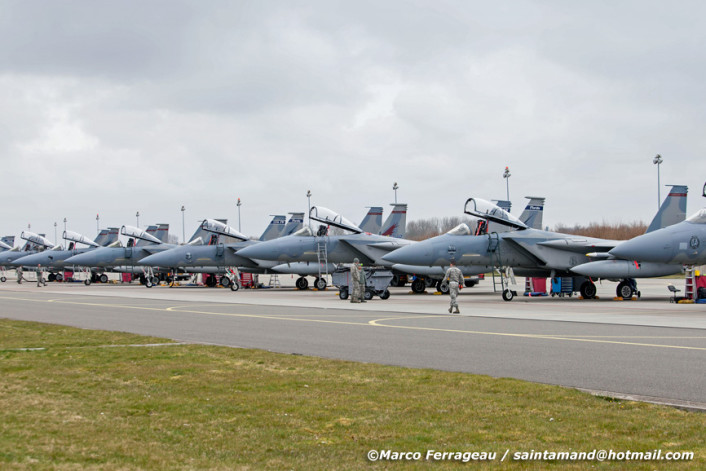 The decoy will be designated AN/ALQ-260(V)1 in U.S. Armed Forces service. The U.S. Air National Guard has issued a “fielding recommendation” for Leonardo’s BriteCloud 218 Expendable Active Decoy, after the successful completion of the Foreign […]

This is how F-22 fighter pilots train to improve their air-to-air skills. The venerable T-38 Talon which first flew in 1959 (production ceased in 1972) has found new life as an adversary aircraft used to […]