The Italian Air Force has recently begun training its first Eurofighter and Tornado pilots on the Alenia Aermacchi T-346A at Lecce airbase, in southeastern Italy.

At the beginning of September, the Italian Air Force has launched the very first training course on the T-346A (M-346 “Master”) at 61° Stormo (Wing) based at Lecce-Galatina.

The course, that started 6 months ahead of schedule, is a swing role class held by 212° Gruppo (Squadron) and attended by four Italian pilots who will convert to the Typhoon and Tornado combat fleets upon successful completion of the training, which aims to develop the information management and aircraft handling skills of future pilots before they are assigned to the OCUs (Operational Conversion Units). 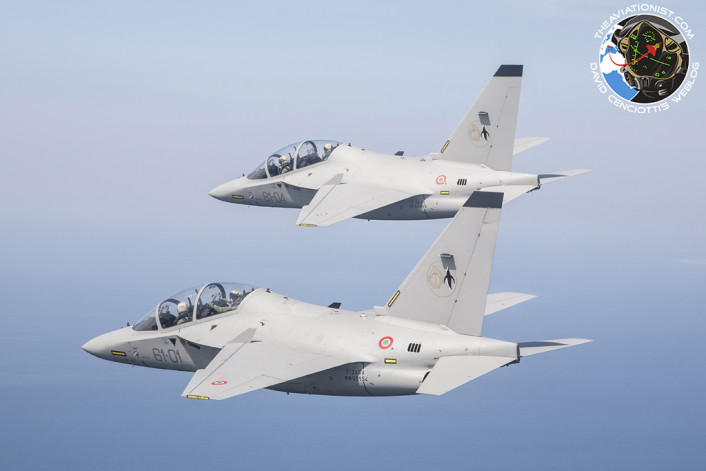 The four Italian pilots will be trained for 9 months in accordance with a new “experimental syllabus” designed by the squadron’s Instructor Pilots (IPs) in the last months and currently based on 170 training events, 50 percent of those carried out in flight and the remaining 50 percent in the simulator.

In fact, with the “Master,” the training syllabus can be split 50-50 between ground and air segment: half of the flight hours is flown in the simulator and the remaining half is flown on the actual plane with a significant cost reduction. Indeed, thanks to an integrated training system (ITS), student pilots can attend ground lessons and practice the training missions in extremely realistic simulators several times before their knowledge and skills are evaluated by an IP, both at the sim and in flight. 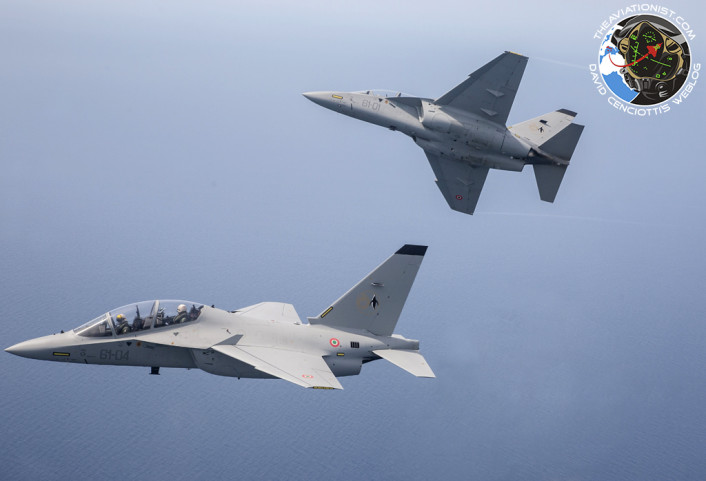 The T-346A is a LIFT (Lead-In Fighter Trainer) with impressive performance, cutting edge human-machine interface and a lot of interesting technologies such as a full digital cockpit, HOTAS (Hands On Throttle And Stick) commands, carefree handling, VCI (Vocal Control Inputs), a Helmet Mounted Display as well as the ability to simulate the flight characteristics of other aircraft and to replicate a wide array of sensors and weapons as if these were actually installed on the aircraft.

The plane itself is just the air segment of the ITS that includes ground-based facilities, academics, simulators, and mission planning and debriefing stations developed to fill the gap between the flight schools and the operational unit and to prepare the pilots to operate Gen. 4th and 5th multirole aircraft in high-threat/high performance environments. 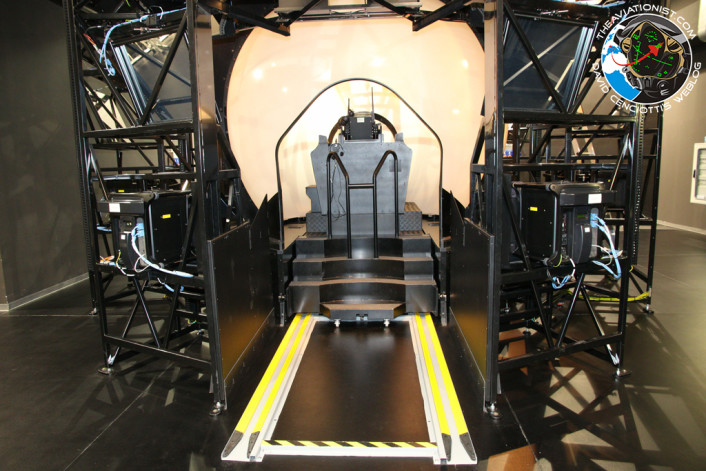 Indeed, while current pilots are being prepared for the Typhoon or Tornado aircraft, in the near future, courses will be aimed at training attendees destined to the F-35 Lightning II.

Besides the Italians, pilots from the Royal Netherlands Air Force, are going to undertake the LIFT course with the T-346A at Lecce, along with the Polish Air Force pilots whose first of 16 pilots will start training on the Master with the ItAF in November. 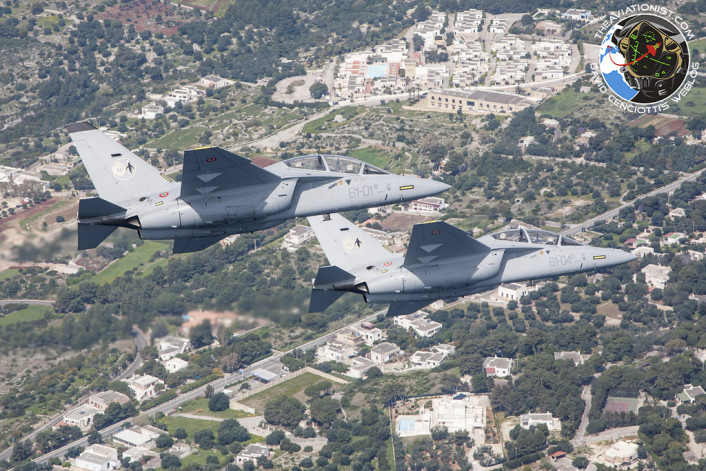 A Boeing 787 was intercepted by the Italian Air Force after experiencing loss of radio contact with the Air Traffic Control A Boeing 787 Dreamliner, flying between Delhi and Rome as Air India AIC123 flight […]

The Italian Air Force has rolled out a Tornado in brand new, awesome special livery

An eye-catching special colored Tornado IDS for the 60th anniversary of 311° Gruppo. On Oct. 27, the Italian Air Force officially rolled out a Tornado IDS in a special livery at Pratica di Mare airbase, […]

Eglin Air Force Base, that has become famous for the improvised hangar foam party that almost submerged an F-15, an F-16 and an A-10, saw the first flight of an F-35B, belonging to the USMC, […]