An F-35 Lightning II has endured extreme weather temperatures to certify the capability of the Joint Strike Fighter to deploy to any place of the world.

An F-35B, a STOVL (Short Take Off Vertical Landing) variant of the Joint Strike Fighter jet, from the F-35 Patuxent River Integrated Test Force in Maryland has undergone extreme weather testing at the U.S. Air Force 96th Test Wing’s McKinley Climatic Laboratory located at Eglin Air Force Base, Florida according to a release by Lockheed Martin.

The testing is aimed to validate the capability of the plane to operate in the meteorological conditions representative of all the locations from which the aircraft is going to operate: from the Australian Outback and the U.S. deserts, to the Arctic Circle, above Canada and Norway.

The F-35B has been ferried to Eglin AFB in September 2014 and it is expected to remain at the airbase in Florida until March 2015: a six month assessment of the Joint Strike Fighter’s performance in wind, solar radiation, fog, humidity, rain intrusion/ingestion, freezing rain, icing cloud, icing build-up, vortex icing and snow. 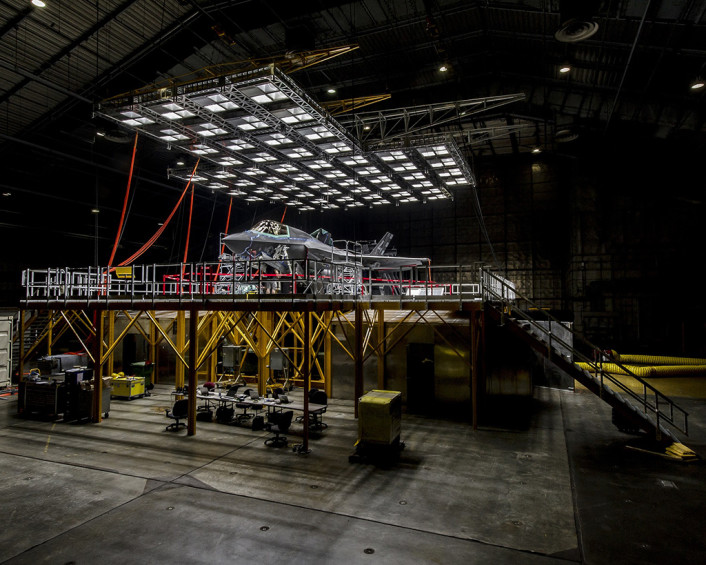 According to F-35 test pilot Billie Flynn, the aircraft is being pushed to its environmental limits, ranging from 120 degrees to -40 degrees Fahrenheit (49 to – 40 degrees Celsius) and so far it has met expectations. 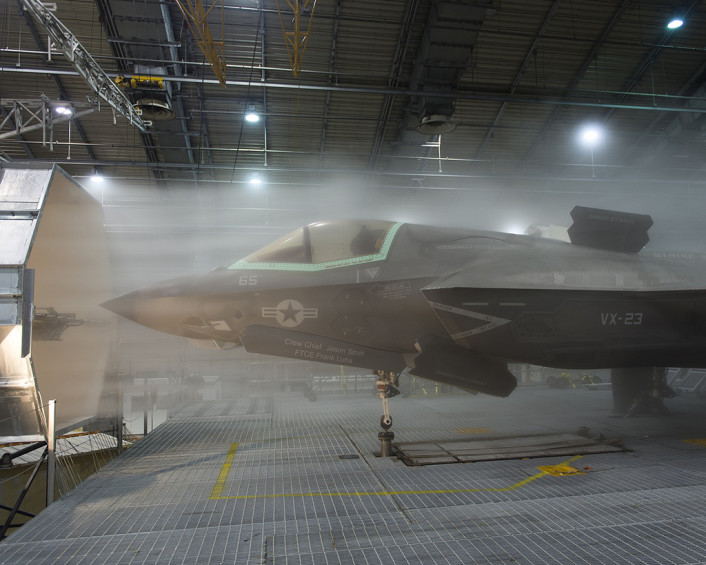 The press release comes few weeks after an Air Force press release, reported that fuel trucks at Luke Air Force Base, in Arizona, where temperature can reach beyond 110° F (43° C) in summer months, were given a new look, by applying a two layer coating, dubbed “solar polyurethane enamel”, in order to prevent fuel stored in the tanks from over-heating: the Lightning II engine has a fuel temperature threshold and may suffer shutdowns if the fuel is delivered to it at high temperature.

The Joint Strike Fighter has flown through the world-famous Mach Loop Low Flying Area for the first time. The clip below shows F-35A Lightning IIs belonging to the 34th Fighter Squadron, 388th Fighter Wing and […]

The U.S. Air Force F-16s from Aviano AB deployed to Croatia to operate with the local MiG-21s in the days that followed the mysterious Tu-141 drone crash. Two F-16s belonging to the 31st Fighter Wing […]