Compliance with the “sustained-G” requirement and a possible new U.S. partner make Alenia Aermacchi confident they can win the T-X race.

The Alenia Aermacchi M-346 “Master” is a dual-engine LIFT (Lead-In to Fighter Trainer) jet for the latest stage of a fighter pilot training which aims to develop the information management and aircraft handling skills of future pilots before they are assigned to the OCUs (Operational Conversion Units).

The aircraft, selected by Italy, Poland, Israel and Singapore for advanced pre-operative training, represents the air segment of an integrated training system (ITS) that includes ground-based facilities, academics, simulators, and mission planning and debriefing stations developed to fill the gap between the flight schools and the operational unit and to prepare the pilots to fly and operate Gen. 4th and 5th multirole aircraft in high-threat/high performance environments. 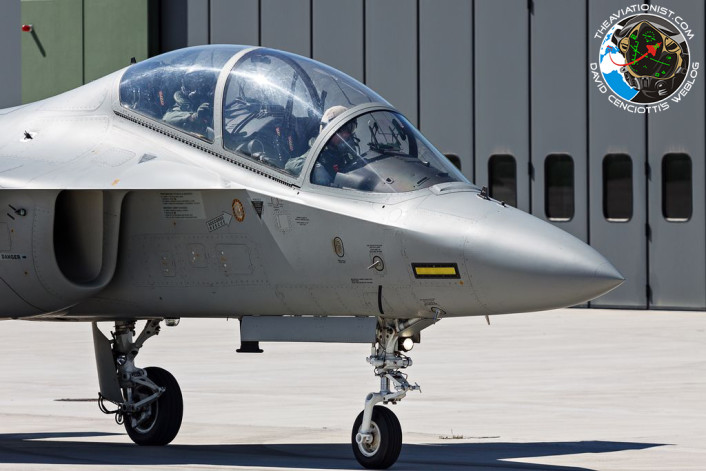 Along with fast jet performance that this author experienced in first person the advanced trainer couples cutting-edge human-machine interface with modern systems and sensors, including a full digital cockpit, HOTAS (Hands On Throttle And Stick) commands, carefree handling, VCI (Vocal Control Inputs), a Helmet Mounted Display as well as the ability to simulate the flight characteristics of other aircraft and to replicate a wide array of sensors and weapons as if these were actually installed on the aircraft: in short, it with all the bells and whistles pilots can find in the Eurofighter Typhoon or the F-35 Lightning II Joint Strike Fighter.

The aircraft is considered one of the best candidates to replace the U.S. Air Force’s fleet of aging Northrop T-38 Talon trainers.

[Read also: We have flown one of the world’s most advanced jet trainers: the M-346 of the Italian Air Force]

Still, the fate of the T-100, the M-346 proposal for the T-X program has been unclear since General Dynamics announced it was withdrawing itself as the prime contractor for the bid in March. Furthermore, there were doubts the aircraft could be compliant to the sustained g performance requirement included in the initial RFI (Request For Information), issued by the Air Force. 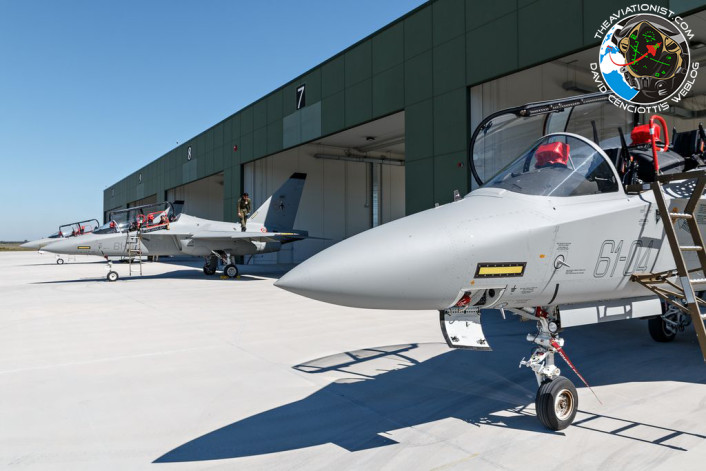 Nevertheless, it looks like both finding the partner and comply with the challenging requirement are no longer a problem: the company said Aviation Week that talks are in progress with a new partner that will be announced “very soon” whereas, dealing with the sustained g requirement, Alenia Aermacchi Chief Test Pilot Enrico Scarabotto said that the M-346 recently proved to be compliant with the latest amendment of the RFI, issued on Jul. 10.

The maneuver is described here (pag. 7):

The sustained G maneuver shall be flown with a standard configuration (i.e., clean with no external stores), at or above 80% fuel weight (relative to maximum fuel capacity), steady state flight, and standard day conditions. The maneuver will begin in level flight (flight path angle no lower than zero and no higher than two degrees nose high), wings level (+/‐ 5 degrees of bank), at or above 15,000 feet pressure altitude, and at or below 0.9M. From this point, the pilot shall immediately initiate bank and back pressure to achieve the sustained G. The sustained G must be maintained for a minimum of 140 continuous degrees. The pilot may begin reducing the load factor and rolling out after a minimum of 140 degrees in order to roll out at approximately 180 degrees of turn.

Minimum acceptable load factor will be 6.5 sustained for a minimum of 140 degrees. The lowest load factor registered during the 140‐degree period will establish sustained G for the maneuver. For example, if the aircraft maintains 7.2Gs for less than 140 degrees and then drops to 6.9Gs by the end of the 140‐degree period, 6.9Gs will be used as the maximum sustained G. There is no requirement to exceed 7.5Gs. 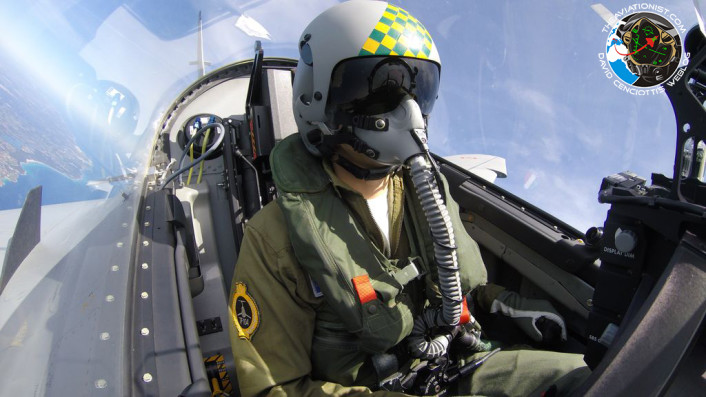 With a new U.S. partner at the horizon and compliance with the sustained g maneuver (that will be secured even more in the future as the company works to improve the aircraft agility through new software releases) candidates itself (again) as the leading contender for the T-X program, worth 350 jet trainers for the Air Education and Training Command.

The U.S. Air Force is deploying the F-35A Lightning II aircraft to Europe this weekend

On Feb. 22, the Pentagon decided to suspend the flights of all Lockheed Martin F-35 Lightning II fighter planes after a crack was found on a turbine blade of a test aircraft at Edwards Air […]