Turkish Air Force has been training for real operations like those in Iraq and Syria for 15 years.

The air strikes actually began in the early morning on Jul. 24, a day after Islamic State militants attacked a Turkish border patrol in the town of Elbeyli in Kilis Province, killing one soldier and injuring two others. The operation was named after the Turkish soldier killed in the initial attack, Yalçın Nane. 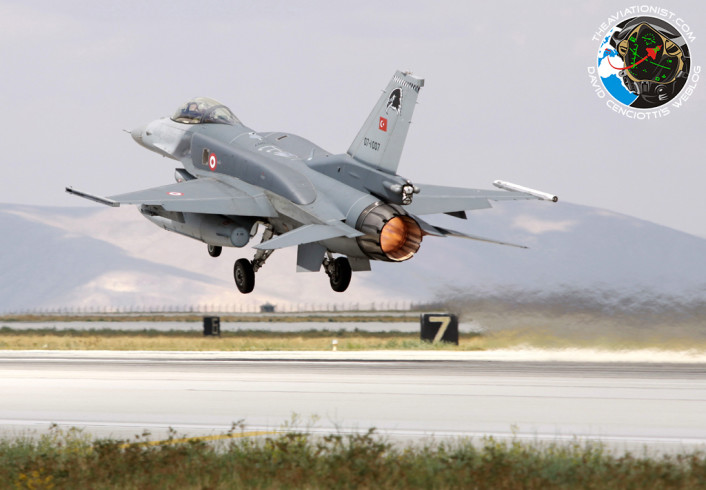 At around 3:40 LT three F-16s from 181 Filo took off from Diyarbakir airbase and bombed 3 ISIS positions  in northern Syria dropping GBU-12 Paveway II laser guided bombs. The Turkish jets did not violate the Syrian airspace but dropped their bombs from inside the Turkish airspace.

Post strike analysis assessed 35 ISIS militants were killed by the first wave of raids that was followed later on the same day (starting around 22:30 LT) by a larger air strike against PKK positions in northern Iraq. The mission is said to have involved 20 F-16s from 181 Filo that according to witnesses and initial reports violated the Syrian and Iraqi air space. 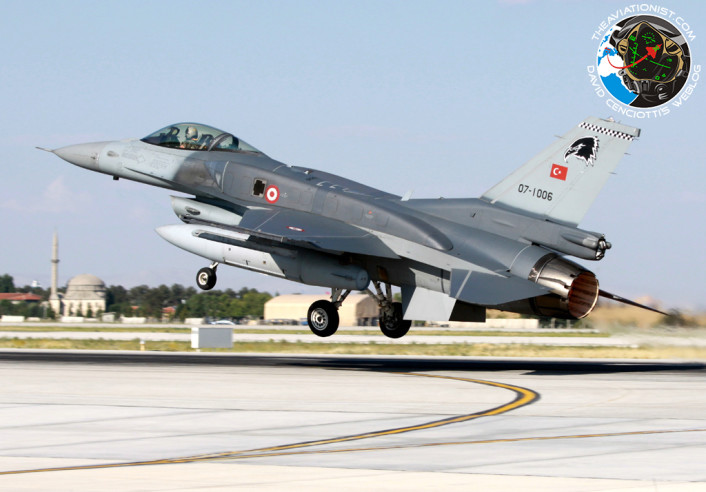 The air strikes in Iraq allegedly killed the PKK commander Murat Karayılan among the others.

On Jul. 25, a third wave of air strikes was launched against PKK: it was divided into three sub-waves, the first and second of those involved 70 F-16s that conducted their mission, returned to Dyarbakir were re-armed and re-launched, and by a third wave reportedly conducted by 25 F-4E-2020 Phantoms from Eskisehir, temporarily deployed to Erhac. 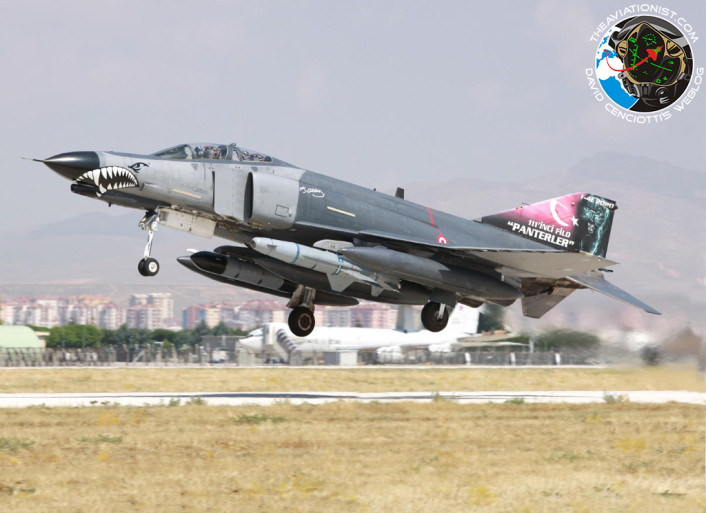 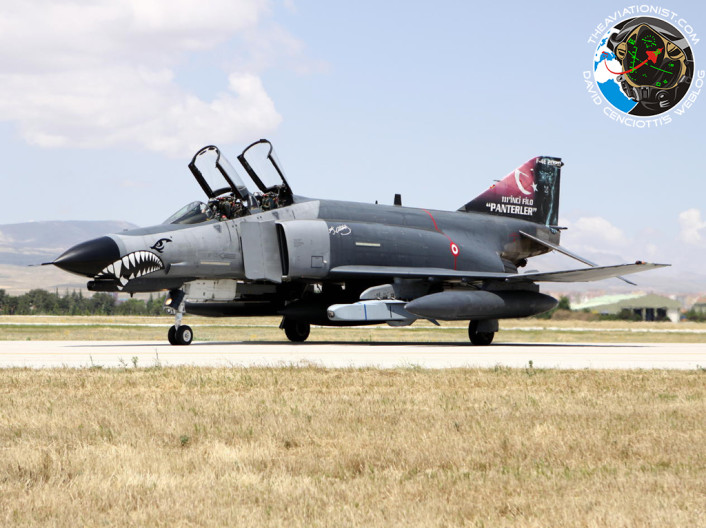 In the subsequent days, F-16s (from 181 Filo with support from 161 Filo) from Dyarbakir, mainly focused on PKK positions in both in northern Iraq and inside Turkey, as well as on ISIS targets in northern Syria. 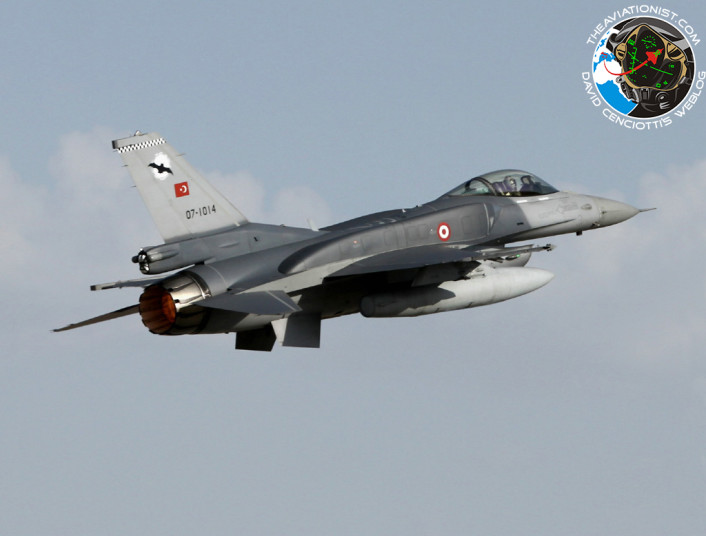 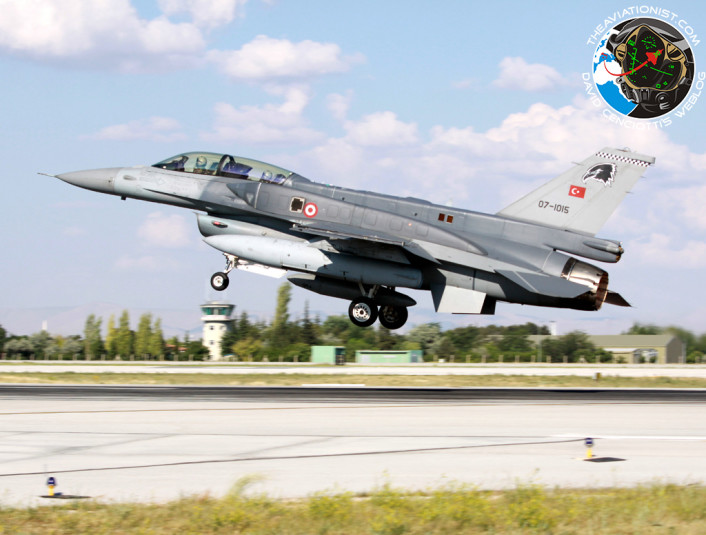 The Turkish Air Force has been preparing to conduct a similar air campaign for about 15 years through Anatolian Eagle (AE) series of exercises.

Held three times a year at Konya airbase, in the Central Anatolia region, AE is a medium-scale air exercise inspired by the U.S. Red Flag and Maple Flag series, the aim of which is to train fighter pilots for the first few days of a modern conflict.

The first such drills took place in 2001, then, throughout the years, AE has become more complex and effective in preparing Turkish (and allied) aircrews to war. 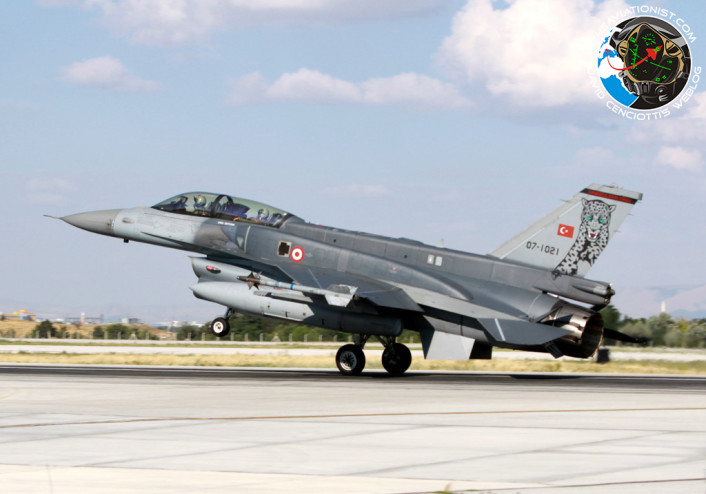 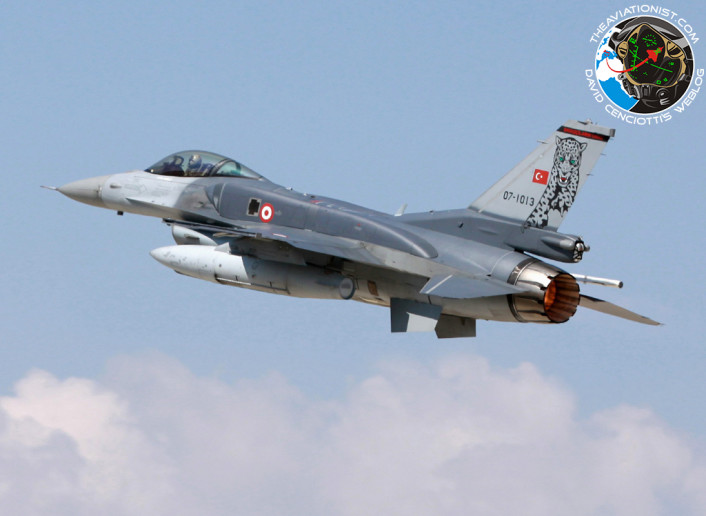 All the images in this post were taken by The Aviationist’s contributor Tony Lovelock, during the most recent class of AE, held at Konya in June.

H/T to Arda Mevlutoglu and ACIG forum for providing useful information for this article.

Military Artist “Envisioned” Raid on al-Baghdadi Years Ago and Painted This.

Painter Stuart Brown’s Depiction of Dog and Breech is Hauntingly Predictive. The news is abuzz with memes and stories about the Belgian Malinois military dog attached to a secretive U.S. Army special operations unit that […]