Another interesting kill mark has appeared on a Turkish Air Force F-16.

Along with the F-16C that downed a Syrian Mi-17 Hip helicopter back in 2013, another interesting plane can be found at Konya airbase, in Turkey, where Tiger Meet 2015 exercise is currently being held.

On that day, the SyAAF Mig-23, flying with another aircraft of the same type, approached the Turkish-Syrian border at around 13.00 LT. While one of the Floggers turned back, the other aircraft violated the Turkish airspace by about 1 km, at 13.13LT. It then continued to fly inside Turkey’s airspace for about 1.5 km until it was hit by an AIM-120 AMRAAM (Advanced Medium Range Air-to-Air Missile) fired by the F-16C 91-008 in Combat Air Patrol near the border.

The Syrian pilot successfully ejected from the Mig. 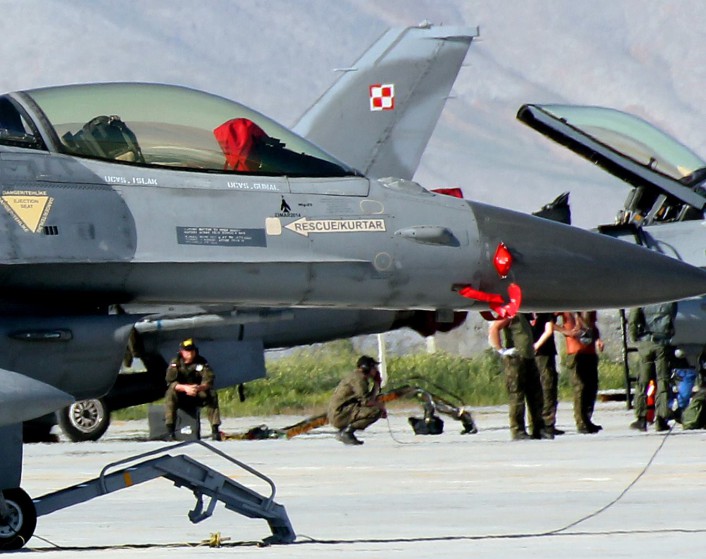 The Turkish Air Force and the Russian Aerospace Forces have launched a joint raid against Islamic State targets in the Aleppo province. Four Su-24Ms, four Su-25s and one Su-34 bomber of the Russian Air Force […]