The images in this post were taken as the Canadian Hornets were refueled by a U.S. Air Force KC-135 Stratotanker assigned to the 340th Expeditionary Air Refueling Squadron, over Iraq. 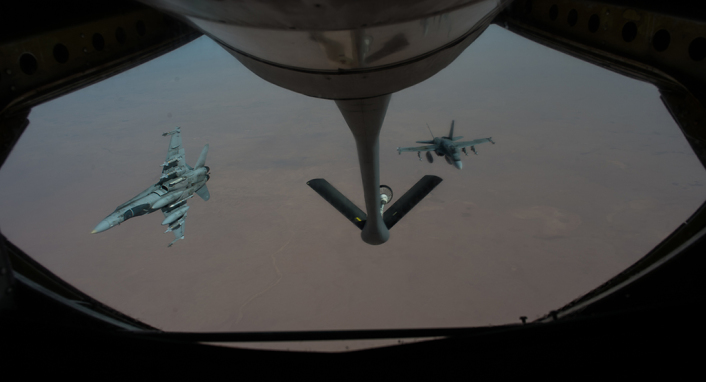 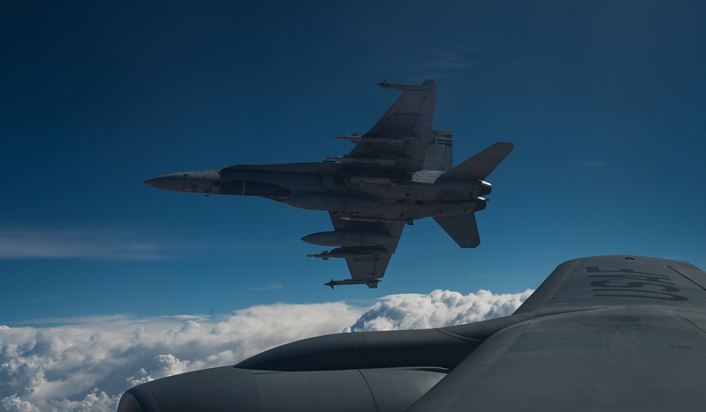 Interestingly, the Hornets carry the drop tanks on the right hand wing and on the centerline pylon (as the U.S. Navy Hornets), so as the Sniper ATP (Advanced Targeting Pod), carried on the left hand side of the fuselage, is not obstructed. 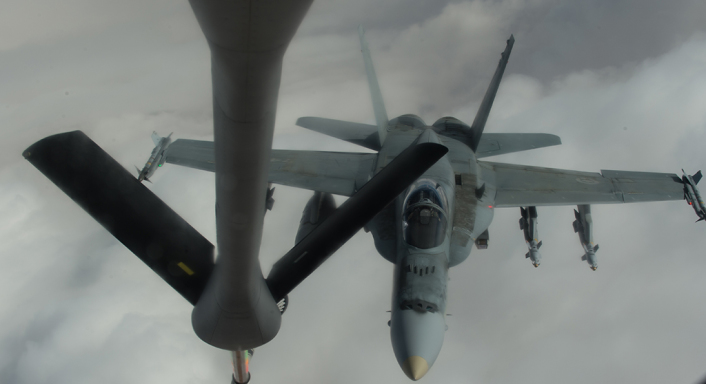 Tankers play a major role during real ops and large drills. Like BALTOPS 2014. The following videos were filmed from different KC-135s belonging to the 100 ARW (Air Refueling Wing) from RAF Mildenhall, during BALTOPS […]

All we know about the U.S. B-2 bombers 30-hour round trip mission to pound Daesh in Libya

In a massive two-aircraft nighttime precision strike supported by at least one armed drone U.S. Air Force stealth bombers have killed over 80 ISIL insurgents south of the coastal city of Sirte, Libya. As already […]

At the Tip of the Spear: Midair Refueling F-35As and F-15Cs With the USAF 514th Air Mobility Wing.

We Flew a Refueling Mission with the F-35A Joint Strike Fighter and F-15C Eagle. Four miles above the open Atlantic I’m sitting in the cockpit of a KC-10 tanker with a hundred tons of explosive […]