The two Russian Bears that skirted European airspaces on Friday were also intercepted by the F-16s of the Portuguese Air Force.

The Russian planes were detected by Portugal’s Air Defense System (DA) as they approached the nortwestern part of Portugal’s FIR flying southbound, not in contact with any Air Traffic Control agency.

The two F-16s on permanent alert at Monte Real Air Base were launched to perform a visual identification of the two “intruders”.

The QRA (Quick Reaction Alert) fighter jets performed a very similar mission to that they had flown on Oct. 29; however, this time the intercepted aircraft kept heading toward the south until they turned north.

The two Portuguese interceptors escorted the Bears until they departed the airspace of Portugal’s responsibility.

Another pair of F-16s was readied for take off just in case the Russian aircraft reversed their northboud route. 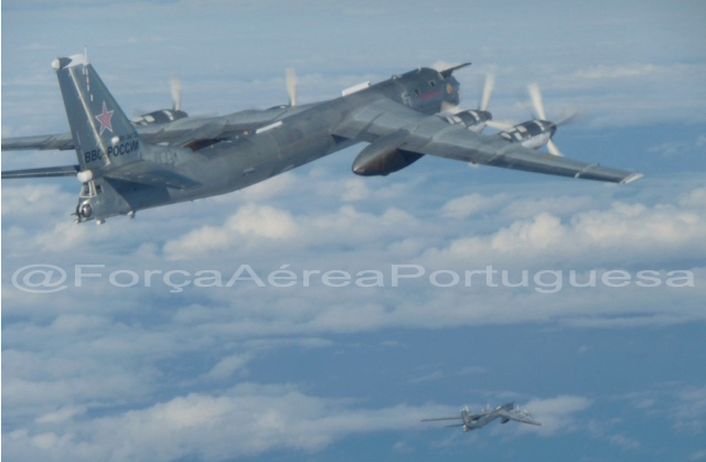 Here’s Some Cool Footage From The 14th Fighter Squadron, from Misawa Air Base, Japan. Filmed during the two summer 2017 deployments, the video in this post shows the U.S. Air Force F-16s of the 14th […]

Watch this Il-78M Midas refueling a Tu-160 Blackjack strategic bomber over the Caspian Sea. As we have already explained, beginning on Nov. 17 the Russian Air Force Strategic Bomber fleet, has started pounding Islamic State (as […]