Once again, the RAF releases air-to-air images of the long-range Russian Tu-95 bombers intercepted off UK earlier this week.

The two Russian strategic bombers flew parallel to the Norwegian coast, heading to the south-west, were part of a larger package that included four more Bears and four Il-78 tanker aircraft that returned to Russia after skirting the Norwegian airspace.

During the time the Typhoons shadowed the Tu-95s , the RAF pilots had the opportunity to get some nice shots of the Bears, like the one you can see in this post. 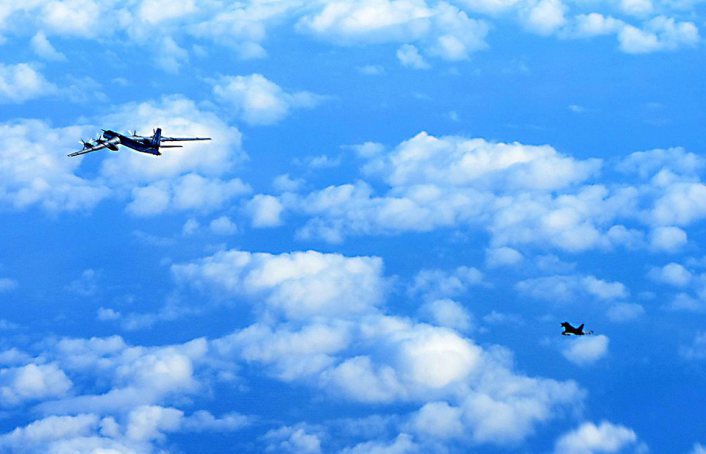 Held on the Sept. 29 – 30 weekend, the yearly Malta International Airshow at Luqa airport, featured once again some interesting attendees. Among the highlights of the 2013 edition, the C-130J-30 Super Hercules of the […]

Considered almost unbeatable in the air-to-air role, the F-22 successfully debuted in combat, taking part in air strikes against ISIS targets. But what if the F-22 found a 4th Gen. opponent? Even though we don’t […]