U.S. Navy aircraft, launched from USS George H.W. Bush are taking part in the air strikes against ISIS in Iraq and Syria. 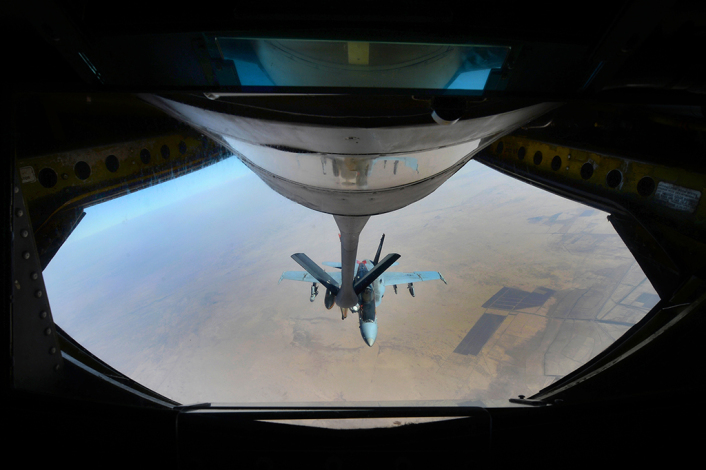 Two months later, F/A-18E/F Super Hornet, F/A-18C “Legacy” Hornet as well as EA-6B Prowler jets, launched from the flight deck of the U.S. Navy nuclear flattop sailing in the Persian Gulf, are still taking part in the air campaign against ISIS in Iraq on a daily basis. 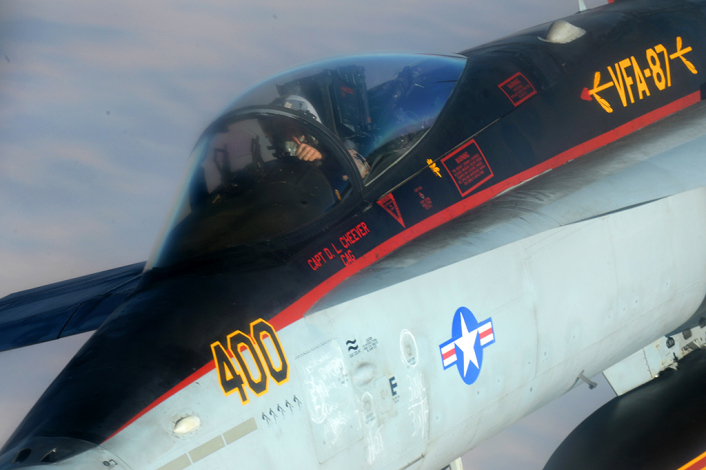 The images in this article show Hornets and Prowlers refueled mid-air from a U.S. Air Force KC-135 Stratotanker aerial refueler over Iraq. With minor modifications, both KC-135 and KC-10 are able to refuel Navy aircraft that, unlike Air Force combat planes (that have a receptacle for the flying boom), are equipped with a “probe” compatible with the so-called hose-and-drogue refueling system. 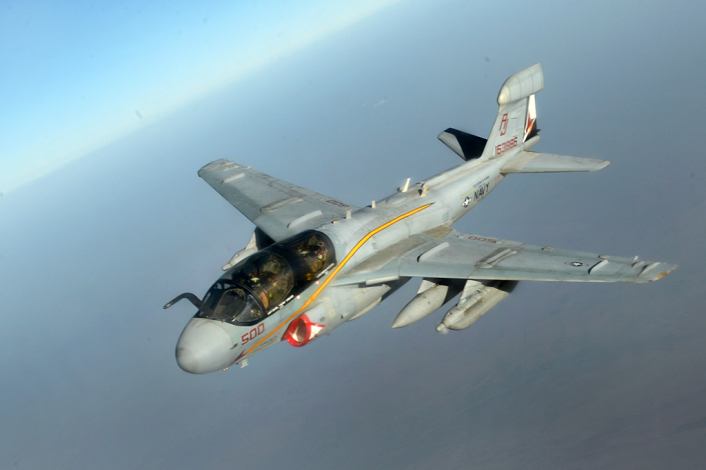 EA-6B from VAQ-134 are conducting electronic warfare missions; more or less what have been doing for several years in Afghanistan: they eavesdrop “enemy” radio signals and jam those frequencies in order to prevent terrorists from talking one another on the radio or use portable transmitters to trigger IEDs (Improvised Explosive Devices). 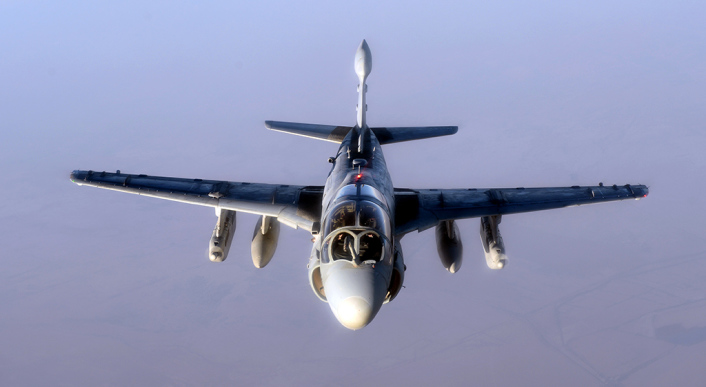 The F/A-18Cs are instead used for bombing insurgents and wipe out their vehicles (or tanks) using JDAMs (Joint Direct Attack Munitions) or AGM-65 Maverick missiles. Interestingly, the configuration of all U.S. Navy Hornets (both C/D and E/F examples) is such they don’t carry any external store on the left wing inner pylon, in order to keep the ATFLIR (Advanced Targeting Forward Looking Infrared) pod point-of-view free from any obstacle. 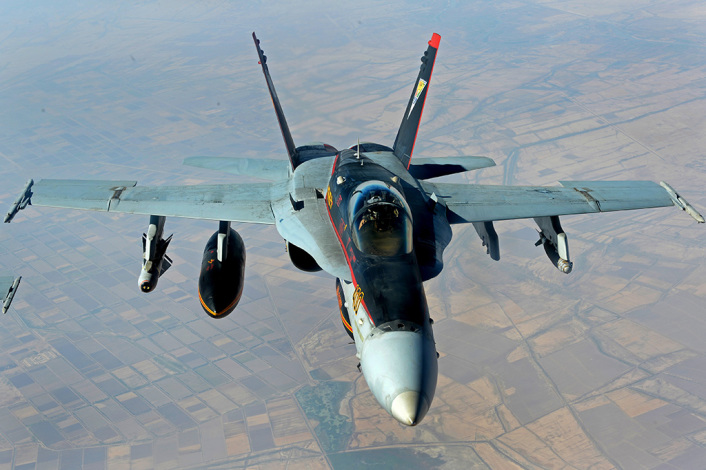 This 360° video of a “Jolly Rogers” Super Hornet launching from an aircraft carrier catapult is awesome!

Enjoy a 360 degree video of a Super Hornet launching during blue water operations Enjoy a cat launch with a specialized camera, able to capute a video in 360 degree from inside an F/A-18F Super […]